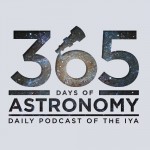 Description: What machine has outlasted its engineering warranty by 34 times, and driven further than any other unmanned craft on another world?  Opportunity, the plucky Mars rover!  This podcast celebrates the eleventh anniversary of Opportunity landing on Mars.

Bio: Ken Brandt Directs the Robeson Planetarium and Science Center in Lumberton, NC, USA.  He is also a volunteer in NASA’s Solar System Ambassador program, and lectures in Astronomy at Campbell University and the University of North Carolina, Pembroke.  Ken is the President of the SouthEastern Planetarium Association.

Transcript:
Hi, I’m Ken Brandt, and this podcast celebrates the eleven year anniversary of the landing of the rover Opportunity on Mars. Opportunity is a part of a long, proud, tradition of robotic explorers that have far exceeded their ‘engineering warranties’. In her case, she has been working 33 times longer than her original 90-sol warranty. She joins the likes of the Voyagers, Vikings, and Cassini, among many other missions of exploration.

I still remember the night she landed, back in 2004, watching the control room at the Jet Propulsion Lab on NASA TV, and listening as the landing milestones were called out: “parachute deployed”, “airbags inflated”, “we’re bouncing around on Mars!” Then those first images 45 minutes after landing: OUTCROP! Layers and layers of sedimentary rock-what later turned out to be lake-deposited sediments on Mars. The first time bedrock had been found on Mars.

Opportunity was sent to Mars to find evidence for liquid water in the rocks on Mars. Of this, she found evidence everywhere! From the hematite ‘blueberry’ concretions, to the crosscutting layers in the rock, to the sulfate salts throughout; Opportunity’s story describes a much wetter Martian past. Driving across the Meridiani plains on Mars, she has discovered the telltale signs of water everywhere she’s been. On this part of Mars, water seems to have left its mark in every rock that Opportunity passes.

Opportunity has almost ‘run’ a marathon; almost 25.9 miles as of this writing. Opportunity has driven further than any other vehicle on any extraterrestrial surface. This milestone eclipses the former record holder, Lunokhod, a Soviet rover that drove on the moon in the early 1970’s.
Opportunity has scaled mountains, driven into craters, and along cliffs. She has been stuck in sand dunes, and been ‘wind-blasted clean’ by dust devils-spiraling windstorms that resemble tornadoes on Earth. And yet the wheels keep on turning, and the data keeps on flowing back to Earth. In addition to spectral data, she has sent back over 200,000 images from Mars’ surface.

The most fascinating thing to me about how Opportunity has lasted for so long has to do with computers. Opportunity has had parts of her flash memory fail on several occasions throughout the eleven-year history of the mission. On each occasion, the problem-solvers at the Jet Propulsion Laboratory get to work, and figure out how to repair the glitch by sending instructions from Earth to Mars. And the problem gets fixed, and Opportunity returns to work on Mars, almost good as new.

Currently, Opportunity is at the summit of ‘Cape Tribulation’, which rises 440 feet from the surrounding plains along the rim of Endeavor crater. Once the panorama from that high vista is complete, she’ll drive onward, investigating more rocks that appear to have clay minerals in them, as seen from orbit above Mars. Clays are normally deposited by water at a neutral pH, which is different from most of the watery deposits found by Opportunity so far.

Since 2004, the plains of Meridiani on Mars have become a place. We have made a preliminary exploration of a tiny part of a huge planet. And the more we explore, the more we realize that Mars, in its early history, was very much like Earth. What will future Martian explorers find? Stay tuned to this and the other missions of exploration that are rolling on, or orbiting Mars.

As I said in a similar podcast four years ago: roll on, rover, roll on!

For more information about Opportunity, and NASA’s other great missions of exploration, please visit http://www.mars.jpl.nasa.gov

See all posts by Ken Brandt