May 15th: The Dark Costs of Light Pollution 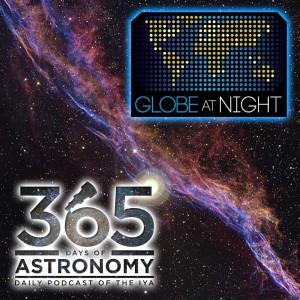 Description: Much of what we think of as light pollution is the notion that it only matters to astronomers and it doesn’t harm anyone else. The reality is though that because light pollution is often times overlooked, it is a very real problem with consequences ranging from links to cancer in humans all the way to disruptions of the patterns of species. The costs of light pollution go beyond the electricity bill and it is something that can be harmful to ourselves and our environment without us ever noticing the long term effects of blurring out the night sky.

Bio: Becca Levy is currently a junior at the University of Arizona, double majoring in Astronomy and Physics with a minor in French, She also works as a special projects assistant in the Education and Public Outreach Department at NOAO.

Zachary Watson, the author of this podcast and the narrator is a sophomore at the University of Arizona studying Physics and Astronomy. He works as a special projects assistant at the National Optical Astronomy Observatory.

Lindsay Small plays the role of Lighting Evil Doer. She is a special projects assistant at the National Optical Astronomy Observatory and a junior at the University of Arizona studying engineering management and minoring in astronomy.

Will Roddy playing the part of Tungstman is a Lead Special Projects Assistant for the Education and Public Outreach department at NOAO. He is an undergraduate at the University of Arizona studying Neuroscience and Cognitive Science, Science Education (Biology Concentration), and Molecular and Cellular Biology.

Narrator: When we last left our dark crusader her long time mentor had left for other light hearted endeavors and L.E.D. was darkened. Deep in the light polluted lair of L.E.D. there is something sinister afoot.

L.E.D.: Tungstman! We are losing the battle to illuminate the night sky and keep light bulbs inefficient! What ever shall we do to beat that pesky dark night and her citizen science campaign, Globe at night?!

Tungstman: How will we ever? The Globe at Night campaign has over 11,000 observations with only four months from this year alone! This year with an observing campaign each month that anyone can participate in with the next campaign being from May 19-28, it will be impossible to stop the dark night crusader!

L.E.D.: I’ve got it! Why not use light pollution to wreak environmental havoc on the world! Our pollution will go unnoticed until it is too late, we will be a driving force in the environmental disruption of specie’s mating and migration patterns and we will cause adverse human health effects!

Narrator.: As L.E.D. and Tungstman diabolically plan, Donna the dark night crusader considers her future fighting back the threat of light pollution with the help of C.F.L.

Donna: Gosh, without the help of Peyton it is going to get increasingly more difficult to fight L.E.D. and Tungstman. Thankfully I have the help of CFL to reduce energy costs and I have the support from the participants of Globe at Night to fight light pollution.

C.F.L. : Donna, I think we have a problem. Look at what the news caster is reporting.

C.F.L.: Gosh Donna, I thought light pollution only effected astronomers ability to see at night. I did not know that light pollution has hidden costs like increased cancer rates and insomnia in humans and is responsible for disruption in species migration, hunting, and mating patterns.

Donna.: Wow! This is serious we need to confront Tungstman and L.E.D

Narrator: Both C.F.L. and the dark crusader hop in their dark mobile and head to L.E.D.’s brightly lit lair.

Donna.: It sure is brightly lit for being an evil lair C.F.L.

L.E.D.: So you two have caught onto my plan to disrupt biological processes with excessively bright light pollution, sky glow, and light trespass. It is too late now, you cannot stop me!

CFL.: But you’re wrong! It is possible to turn out light pollution. All over the world people are turning out their unnecessary lights, shielding outdoor lights, and reducing the amount of skyglow, and reducing light intensity both indoors and outdoors.

L.E.D.: Darn it C.F.L! I should have turned you off when I had the chance!

Donna.: CFL is right! An example of an area recognizing the harmful effects of light pollution are the coastal communities of Florida where light pollution was harming baby sea turtles migration from where they hatch on the beach to the ocean where they will live their lives. The community saw that the sea turtles were instead following the light of the city onto roads where they would starve, be hit by cars, or be eaten by predators instead of following the moon to the ocean. These communities have since mandated laws to reduce light pollution and have made it necesarry for homes to draw their curtains at night.

L.E.D.: Darn it! You two have beaten me this time, but I won’t burn out just yet!

CFL: Donna how will we ever beat every aspect of light pollution with so many individual cases of harm being done?

Donna: Light pollution is not something that I can tackle alone, but it is something that every person should be conscious of and take measures within their own lives to reduce the risks of harm to themselves, or the risks to other species in their area.

C.F.L.: That’s right! A lot of the light that we use to light up the night and brighten our homes is unnecessary and we can do without it. According to the International Dark Sky Association an estimated third of all light in the U.S. is wasted in some form costing $2 billion per year. Not only will reducing light pollution help species across the globe, but it will also help reduce our energy bill.