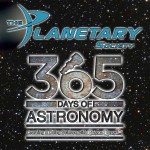 Today’s sponsor: This episode of “365 Days of Astronomy” is sponsored by Joseph Brimbacombe.

BRUCE BETTS: Hi! I’m Bruce Betts, Director of Projects for the Planetary Society, and I’m here to tell you about the Phobos LIFE Experiment: Living Interplanetary Flight Experiment that will take organisms to Mars’ moon Phobos and back again. I talked about the Phobos LIFE experiment recently on an episode of Planetary Radio, the Planetary Society’s weekly radio program. Here’s a brief excerpt of it with me talking to the show’s host, Mat Kaplan.

MAT KAPLAN: So, what is the meaning of LIFE?

B: Ha-ha. The meaning of LIFE is of course, Living Interplanetary Flight Experiment.

M: I thought you were going to say 42, but I like that better! Tell us about this experiment.

B: 42 is not a prime. Clearly, it’s not the answer. Hey, this experiment is trying to fly microorganisms to Mars’ moon Phobos and back. The real purpose is testing whether life can survive in deep, interplanetary space, because no one has ever flown life, not just the experiment but the critters, to interplanetary space for any extended period of time and brought it back and seen if it could survive. They’ve done it in low Earth orbit. Done for very few days on Apollo 16 and 17. Not in deep space where you have a different environment that’s not protected by Earth’s magnetic field. You get more high energy charged particles and other nastiness. And basically the whole thing is a simulation of a meteoroid traveling in space with organisms inside it to test a part of the Transpermia theory: whether you can transport life between the planets. For example, ejecting off, say, Mars in an impact, if life were there, and having the rocks travel and end up on Earth.

M: Since we know that there are Mars meteorites or rocks that originated on Mars, the thinking is that, well, who knows? If there was life on Mars at one point – maybe there still is – it could have just hidden out on one of these guys and made it here to third rock.

B: Exactly. Besides having Mars meteorites, theoretical studies show that you can get a few of these over the long history of the solar system actually being delivered on very short time frames like the duration of this mission, three years, although most would take longer.

M: How did this mission come about? What’s the origin of LIFE?

B: Heh. The origin of life. You’re just going to have fun with this all through this interview, aren’t you?

M: I am. I’ll just call you Charlie. Charles…Darwin!

B: Oh, that guy! Didn’t he have a dog, a beagle or something?

B: This actually grew out of a smaller experiment that the Planetary Society was involved with when our Science Principal Investigator, David Warmflash came to us many years ago, and had an opportunity to fly bacterial films, you know, kind of stuff you want to scrape off the wall of the shower. No, not really. But bacterial films that flew on, unfortunately, Columbia’s last flight. So it was a Space Shuttle experiment, low earth orbit, very brief time frame. Recovered the experiment but was not able to do any analysis, but that was kind of the start of it. Then Lou Friedman, Executive Director of the Planetary Society, kinda said that wouldn’t it be great if we could do this in deep space? And it turns out that, talking to David Warmflash and others like George Fox at the University of Houston, that’s the real unique contribution here. People have done a lot of experiments on life, they’ve found it to be very hardy in low earth orbit, but they haven’t tested it beyond that. So we’re going to take the experiment another step farther. It turns out that the Russian Grunt mission that we’re going to fly on, the Russian Phobos-Grunt mission, Grunt meaning soil, their primary purpose is to land on Mars’ moon Phobos, collect samples, and return them to Earth. Well, they are the only deep space sample return that’s going right now, and have been for a few years, that’s actually being built and prepared. We checked and after long periods of negotiation and lots and lots of paperwork got our experiment onto their mission.

What we need is some deep space out and back to do this experiment. I’m the Experiment Manager for Phobos LIFE, so basically I’m making sure it actually gets done and organizing the science team which is very broad, very diverse. We have members from several countries around the world. Making sure they are connected with our engineering group which is led by Stellar Engineering and our lead designer Bud Fraze. All are talking to each other, meeting deadlines, doing testing and making sure all this is going to work. And then there’s the really fun part of my job which is the tons and tons of paperwork ranging from our State Department to the Russian space agency.

M: Describe this little cylinder. I’ve seen it sitting in your office for ages now.

B: Well, the LIFE experiment, we had some very rigid restraints the Russians imposed, not surprisingly. One was that we had to be under 100 grams. Another was that we had to survive worst case high impacts on the return to Earth. So we had to test this thing to over 4,000 Gs and be able to survive. And this also drove the design between having a very small mass, a very high G-load, and wanting to have lots and lots of seals so that we can be absolutely sure nothing is going to come scooting out of there. So we ended up designing what looks like a kind of half hockey puck made out of titanium. Inside that is basically plastic and there are thirty little tiny tubes that each contain organisms, and then a central container that contains a soil sample. We have multiple sealing mechanisms to make sure this thing stays tightly sealed up.

M: Where do the critters come from?

B: Well, we thought of asking you for critters…

M: Cause I can scrape the shower wall.

B: That’s what I figured. But instead, we went to professionals. Most of the critters came from a group called ATCC, American Type Culture Collection in Manassas, Virginia. They’ve been a tremendous ally, partner, science team member. They’re basically the repository in the United States for microorganisms. When people do experiments on different strains they either order them from there or when they are done with their experiments they store them there. They’re experts on long term storage of these organisms. They have lots of them. So about three-quarters of our organisms came from ATCC, who also were the ones who loaded them in the tubes. We also have some really radiation-resistant bacteria that came from a group in Germany. Some animals, our only animals called tardigrades, so called water bears, coming from Ingemar Jonsson in Sweden. And the soil sample that came from Russians but actually from Israel. We have all sorts of fun and friendly… well, okay, not friendly… I should mention that none of…

M: We were going to get to this! It’s not Andromeda strain!

B: It is a micro zoo. It’s like what you would see if you went to a micro zoo for the really, extremely hardy animals. We’ve got samples from all three domains of life. The Eukaryotae, the group we hang out in…

B: …animals, plants, etc. And then Bacteria and Archaea. They share some common characteristics. They’re really hardy in some manner. Many are radiation-resistant. Some are heat-resistant. Some live in salt crystals. Many of them are very well-studied. We have some of the best-studied organisms that biologists really love. Therefore we can study their changes when they come back, whether they’re dead or alive, much more effectively. Pretty much all of them have had their genome sequenced. And we have a diversity to give us a comparison. Any many of them have flown in low earth orbit in experiments, including from some of our collaborators like Petra Rettburg’s group in Germany are flying on the ISS right now. So we’ll have a lot of inter-comparison possibilities.

M: Why is the Planetary Society pursuing this?

B: The Planetary Society is pursuing this because we believe in it. We also think it is a niche that isn’t being filled. That’s where we like to get involved, whether it’s been solar sailing, testing rovers before they ever flew in space. This is an area that we think has some potentially profound implications. One where we have opportunities to do well, to create teams to do this inexpensively but effectively and pursue some interesting science that also has great public interest. That’s the other thing. Talking about life in space going out and back, you get a lot of public interest. That’s what, in the end, we’re about: inspiring public interest in space exploration.

B: You’re welcome. Thank you, Mat.

B: That was I, Bruce Betts of the Planetary Society with Mat Kaplan, host of Planetary Radio. To hear the entire interview, go to planetary.org/radio. There you can find a link to learn even more about the Phobos LIFE experiment. Thanks for listening, everybody!