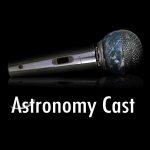 Title: End of the Universe in 10 Minutes

Summary: From the End of the Earth to the end of matter itself, come hear about how astrophysics predicts the universe will wind down. Don’t worry though, you have time to listen to the episode and enjoy life. Some time at least. Life on Earth has about 500,000 million years left. On your mark, get set, start counting down.

Bio: Fraser Cain is the publisher of Universe Today and Dr. Pamela Gay is a professor at Southern Illinois University-Edwardsville. They team up to do Astronomy Cast, a weekly facts-based journey through the cosmos.

Sponsor: Today’s episode of 365 Days of Astronomy is sponsored by Palomar Observatory

Fraser Cain: This is your 365 Days of Astronomy for May 10th, 2009, End of the Universe in Ten Minutes. Hi, everyone. My name is Fraser Cain. I’m the publisher of Universe Today and with me is Dr. Pamela Gay. As you may know, Pamela and I do Astronomy Cast, which is a weekly facts-based journey through the cosmos. One of our favorite topics on Astronomy Cast is death and destruction. We did a two-part episode on the end of everything on Astronomy Cast. We thought we’d give you the abridged version. How everything in the Universe is going to go away in ten minutes or less. We don’t have a lot of time, Pamela. We’ve got to move on it. So let’s start with life on earth. How long have we got?

Pamela Gay: It’s not that long.

Pamela Gay: Well, at a certain point you start to reach the end of your life. What we’re running into is the Sun is slowly heating up. As the Sun slowly heats up, it causes the humidity on our planet to go up as the oceans get warmer. As the humidity goes up, we end up with a greenhouse effect where more and more of the thermal heat that comes in through our atmosphere isn’t able to radiate back into space. As the planet heats up, more of the oceans evaporate. The problem gets worse and worse and worse until somewhere between 500,000,000 and 1,000,000,000 years from now we have no more water. Everything is boiled away. No more life.

Fraser Cain: All right. Check your clock. What about the Earth? How long has the Earth got?

Pamela Gay: Well, this depends on who’s models you’re paying attention to. This is one of the problems that we have is we don’t have quite enough data. It looks like we probably will survive until the Sun itself goes away completely. But there’s a chance that, in about 7,500,000,000 years, as the Sun bloats up to become a red giant star, it goes from burning hydrogen at its core to doing new and more interesting things, that it’s going to bloat up and consume the planet Earth. But predicting this is kind of like predicting where the high tide is going to end. Your sand castle may be safe today; goners tomorrow. We’re not quite sure. But we think about 5,000,000,000 years at least we’re safe. Beyond that, not so sure.

Fraser Cain: But if even the Earth survives the red giant, it’s still fried to a crisp.

Pamela Gay: It will be a crispy – yeah. Dead planet.

Fraser Cain: So then the Sun is on its way out then. How long has the Sun got?

Pamela Gay: It’s current phase, we’re going to go 5,000,000,000 to 7,500,000,000 years depending on whose models you follow. After that, it goes through a whole series of transitions as it burns new and more interesting things in its core. Eventually, though, it’s going to end up with no more fuel left. When it runs out of fuel, it’s going to exhale the outer layers of its atmosphere, a planetary nebula. The core itself is going to collapse down until you have something that’s less than a solar mass and condensed down to about the size of the Moon.

Fraser Cain: Right. It’s just cooling down to the background temperature of the universe. We can just put that on the shelf. 1,000,000,000,000 years, Sun completely cools down. Now, the Sun is a member of the Milky Way. How long has the Milky Way got?

Pamela Gay: Well, it’s about the same amount of time actually. Right now, we’re on a collision course toward the Andromeda Galaxy. The two galaxies are going to meet somewhere in the middle in about 5,000,000,000 to 7,000,000,000 years from now. They’re going to merge and form something new and larger and less interesting. It’s what’s called a giant elliptical galaxy.

Fraser Cain: Right. This is sort of the two spirals of our two galaxies are going to be lost. They’re going to turn into this big egg shaped blob of aging red stars. How long have the stars in the Milky Way and Andromeda merge together, Milkdromeda, have left?

Pamela Gay: At the end of that period of time, not only will it no longer have any nuclear generation going on in its core, but it will have also cooled off to point that it doesn’t have any heat left to give away. They’re going to be nothing more than cold black dwarf stars.

Fraser Cain: All right. I’m just going to try and kind of picture this here. We’ve got a galaxy where every single star in the galaxy has no with gone through its entire life, cooled down to a crystalline dead cold thing. I guess the galaxies will still have black holes and neutron stars and stuff in them. Now, we’ve got Dark Energy which is pushing the whole Universe apart as well. We’ll come back to that later. Now that the stars are all cold and dead, how long have they got now? What’s next?

Pamela Gay: This is where even matter itself isn’t forever. We know that different particles decay. If you take a neutron, just a plain old fundamental particle that you and I are made of and pull it out of an atom and set it on the shelf and leave it there for about 15 minutes, it’s going to decay. It’s going to fall apart and turn into a proton and electron and send off some neutrinos. Now, protons themselves, we think – we don’t have any evidence for this yet.

Fraser Cain: Keep in mind that already the size of our Universe has been expanding for 13,500,000,000 years. Imagine it’s accelerating its expansion with dark energy. So imagine a one followed by 30 zeros more time of expansion accelerating, but there’s no new matter being injected into the Universe. All of the energy that’s being let out by all this matter is just being stretched out over the entire ginormous Universe. It’s too big to hold in your brain. Now, what about black holes? You mentioned neutron stars and white dwarfs, but you didn’t mention black holes.

Pamela Gay: Well, this because black holes are, we think, made of something completely different. We’re not quite sure what. We’re still working on that. There are still some mysteries waiting to be solved. What’s inside a black hole is one of those questions. But we believe that black holes evaporate. This is one of those things that Stephen Hawkins’ theories have come up with. In about 10 to 100 years, even the largest of the black holes will have evaporated away.

Fraser Cain: It will have been, once again, continuing to expand accelerating as it goes for a one followed by 100 zeroes of years. It could be huge distances just between individual photons.

Pamela Gay: What’s kind of amazing is in this final death knell of the black holes. For a while, you’ll end up with flashes of light, gamma ray bursts, flashes of high energy particles being given off in these final moments of the black hole. But after that will be no sources of light at all. It will be a dark, dark empty Universe.

Fraser Cain: It’s sad and fascinating. I hope this gave everyone some perspective. Go out and have a fun day and spend time with your friends and family because we only have a 1 followed by 100 zeroes left.

Pamela Gay: My pleasure, Fraser. Talk to you later.

See all posts by Astronomy Cast

Fraser Cain and Pamela Gay are the hosts of Astronomy Cast, a weekly astronomy podcast that follows a facts-based journey through the Universe.