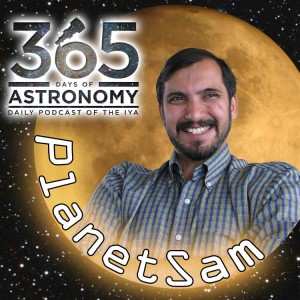 Organization: The Inter-University Centre for Astronomy and Astrophysics, Pune, India

Description: The last two decades have been filled with a lot of discoveries made by Astronomers, while exploring the outskirts of our Solar neighborhood. In this series, let us talk about the exciting objects and the mysteries of the outer Solar System.

Bio: Samir Dhurde is in-charge of SciPOP, the national outreach programme of the Inter-University Centre for Astronomy & Astrophysics (IUCAA) in Pune, India. He loves working with children, sharing Astronomy with people and is a Radio Astronomer in his free time.

For millennia, humans have known the Solar system to have a Sun and 6 major planets. These could be seen with the naked eyes. With the advent of telescopes and photographic techniques, we went on to discover many more distant objects that move around the Sun. Three of them were named as Planets too. Recently however, astronomers started observing with their really, really large telescopes, with apertures the size of a bus. They were in for some surprises posed by what they now saw in the outskirts of our Solar neighbourhood. In this series, let us talk about these new mysteries of the outer Solar system.

Soon after the discovery of Pluto by astronomer Clyde Tombaugh in 1930, there were speculations that there might be other, similar, and what are called trans-Neptunian objects. There were also hypotheses that beyond Neptune could be a belt of a large number of small bodies, some of which wander in and appear as the occasional visitor to the inner solar system – Comets.

All of us know of Comets – the dusty snowballs that produce a magnificent show in the skies when they near the sun and start evaporating. These are very interesting to study as they are the remnants of the original, pristine material from the days when the Solar system was forming, but which could not condense into Planets. In 1943, Kenneth Edgeworth hypothesized that these might be coming in from a well defined region beyond Neptune. In 1951, astronomer Gerard Kuiper also speculated on a similar disc having been formed early in the Solar System’s evolution. The combined hypothesis led to the hunt for a “comet belt”.

Some comets like the famous Halley’s Comet, take less than 200 years to orbit the sun. Surprisingly, they are still called Short-period comets, considering that there exist comets that take millions of years to complete one orbit. These short-period comets are seen and noted to travel approximately in the plane in which most of the planets orbit. From these observations it is fair to presume that they come from a disc-shaped region beyond Neptune. This belt has been named the Kuiper Belt, sometimes also called the Edgeworth-Kuiper Belt. The mysteries of this region have just started getting unveiled.

The Kuiper Belt extends from about 30 to 55 Astronomical units. In more Earthly units this translates to billions of kilometers. Despite its vast extent, the collective mass of the Kuiper belt is quite low. The total mass is estimated to range between 1/10th to 1/30th the mass of the Earth. This is one of the mysteries of the belt, as Astrophysical models of the Solar system predict it to have a 100 time more mass. Since Theories need to explain observations, this is still an open question.

It is probably populated with hundreds of thousands of icy bodies larger than 100 km across and an estimated trillion or more comets. Most Kuiper Belt Objects or KBOs are composed largely of frozen ices of methane, ammonia and water. This makes it different from the better-known Asteroid belt. Most asteroids are composed primarily of rock and metal suggesting a difference in the origins of the two. The KBOs formed farther out and have no big gravitational interactions with the Giant planets. A few closer and larger ones may not have been so fortunate and have either become satellites of the giant planets or hang around in between their orbits. These objects are easier to study as they are closer and brighter.

The first space mission launched to the Kuiper Belt is New Horizons which will reach Pluto in 2015. By the definition of the region, Pluto is a KBO too. It is now classified as a Dwarf Planet because a few more objects similar to it have been found. There are estimates that up to 200 dwarf planets may be found when the entire Kuiper belt is explored by telescopes and spacecraft. In the next part of this series we will talk about Dwarf planets and their enigmatic presence.