Dec 26th: Even Massive Stars Fall Like a Feather 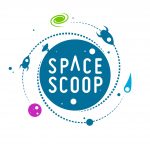 Title: Space Scoop: Even Massive Stars Fall Like a Feather

Today, we understand gravity much better than we did in Galileo’s day, thanks to Albert Einstein. Over 100 years ago, Einstein came up with a theory of gravity that has so far passed all tests, in laboratories and out in space.

Immerse yourself in the web of life under a symphony of starlight in Costa Rica with Paul Sutter. Check it out at: http://astrotours.co/365days

Please consider sponsoring a day or two. Just click on the “Donate” button on the lower left side of this webpage, or contact us at signup@365daysofastronomy.org.

Transcript:
This is the 365 Days of Astronomy Podcast. Today we bring you a new episode in our Space Scoop series. This show is produced in collaboration with Universe Awareness, a program that strives to inspire every child with our wonderful cosmos.

In 1589, the famous scientist Galileo Galilei may have climbed to the top of the Leaning Tower of Pisa and dropped two balls of different weights. While you might expect the heavier ball to fall faster, he is said to have found that they both hit the ground at the same time.

This was a big discovery; it showed us that the mass of an object doesn’t affect the way gravity pulls on it. All things fall at the same rate, no matter how heavy they are.

Many years later, astronaut David Scott of the Apollo 15 mission, repeated the experiment on the Moon. He dropped a hammer and a feather at the same time, from the same height, and sure enough, they both hit the ground at the same time.

You might have noticed that this doesn’t really work on Earth. Unlike the Moon, we have an atmosphere and air resists the motion of falling objects, slowing some down more than others.

Today, we understand gravity much better than we did in Galileo’s day, thanks to Albert Einstein. Over 100 years ago, Einstein came up with his General Relativity theory of gravity that has so far passed all tests, in laboratories and out in space.

But astronomers are always looking for new ways to check Einstein’s theory in extreme conditions. The most recent test, by a team of radio astronomers, used a distant group of 3 stars to find out whether the theory works with objects that have super strong gravity.

The group of stars included two small white dwarf stars and a pulsar. The gravity on a pulsar is 2 billion times stronger than gravity on Earth, making it the ideal test subject.

If Einstein is right, the pulsar and its closest white dwarf neighbor should be pulled in the same way towards the second, more distant white dwarf star.

Pulsars provide a handy way to measure their movement — they shoot out intense beams of radio waves, a form of light. Like a lighthouse, this pulsar sweeps the Earth with beams of light 366 times a second.

These regular pulses of light can tell us how the pulsar is moving by studying its doppler shift.

After six years and 8,000 measurements, the astronomers have found that the pulsar and white dwarf are both moving in the same way — Einstein’s theory of gravity has passed with flying colors once again!

You might have noticed that I said Galileo “may” have climbed the leaning tower of Pisa and dropped the balls to test gravity. That story started with his pupil Vincenzo Viviani, who wrote a biography of Galileo in 1654.

However, Galileo himself wrote no account of the experiment. Odd.

In 1576, Giuseppe Moletti, who preceeded Galileo as the chair of mathematics at the University of Padua, reported that different bodies of different weights fall at the same rate.

In 1586, Simon Stevin performed the experiment in a church tower in Delft, reporting that different weights fell a given distance in the same time. But Stevin didn’t measure the time scientifically and the balls were different sizes. He merely observed by eye the balls hitting at the same time.

Like Moletti before him, he didn’t use mathematics, science’s most powerful tool, to establish a theory.

Galileo did use mathematics to derive the times-squared law of uniform acceleration, paving the way for Issac Newton and Einstein.

Galileo himself did his experiments using inclined planes. The slower acceleration of the balls on the ramp made timing the acceleration much easier using the crude water clocks of the day.

The story of Galileo actually doing the ball drop experiment is possibly only the result of his expressing a thought experiment when lecturing to his students.

Students including Vincenzo Viviani, the biographer I mentioned earlier.

On the other hand, it’s also possible that Galileo took his students to the Leaning Tower to do a demonstration of the effect. He’d have been only 25 years old at the time & plenty hearty enough to lug a cannonball up the tower’s many stairs.

If it was just a classroom demonstration, and not a real experiment, there’d be no reason for Galileo to write about the event.

Thank you for listening to the 365 Days of Astronomy Podcast!

365 Days of Astronomy
=====================
The 365 Days of Astronomy Podcast is produced by Planetary Science Institute. Audio post-production by Richard Drumm. Bandwidth donated by libsyn.com and wizzard media. You may reproduce and distribute this audio for non-commercial purposes. Please consider supporting the podcast with a few dollars (or Euros!). Visit us on the web at 365DaysOfAstronomy.org or email us at info@365DaysOfAstronomy.org. This year we will celebrates the Year of Everyday Astronomers as we embrace Amateur Astronomer contributions and the importance of citizen science. Join us and share your story. Until tomorrow! Goodbye!