Oct 31st: How Can We Save The Sun? Saving the Sun from Running Out of Fuel 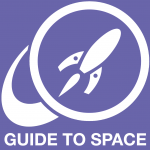 Title:  Guide to Space: How Can We Save The Sun? Saving the Sun from Running Out of Fuel

Description: Bad news, our Sun is living on borrowed time. It’s only got a few billion years left. But there might be a way we can extend its life, and make it last for trillions of years into the future.

Bio: Fraser Cain is the publisher of Universe Today

Today’s sponsor: This episode of “365 Days of Astronomy” is sponsored by — Helge Bjørkhaug, one of our Patreon supporters.

Immerse yourself in the web of life under a symphony of starlight in Costa Rica with Paul Sutter. Check it out at: http://astrotours.co/365days

Please consider sponsoring a day or two. Just click on the “Donate” button on the lower left side of this webpage, or contact us at signup@365daysofastronomy.org.

Remember the movie Sunshine, where astronomers learn that the Sun is dying? So a plucky team of astronauts take a nuclear bomb to the Sun, and try to jump-start it with a massive explosion.

Yeah, there’s so much wrong in that movie that I don’t know where to start. So I just won’t.

Seriously, a nuclear bomb to cure a dying Sun?

Here’s the thing, the Sun is actually dying. It’s just that it’s going to take about another 5 billion years to run of fuel in its core. And when it does, Cillian Murphy won’t be able to restart it with a big nuke.

But the Sun doesn’t have to die so soon. It’s made of the same hydrogen and helium as the much less massive red dwarf stars. And these stars are expected to last for hundreds of billions and even trillions of years.

Is there anything we can do to save the Sun, or jump-start it when it runs out of fuel in the core?

First, let me explain the problem. The Sun is a main sequence star, and it measures 1.4 million kilometers across. Like ogres and onions, the Sun is made of layers.

The innermost layer is the core. That’s the region where the temperature and pressure is so great that atoms of hydrogen are mashed together so tightly they can fuse into helium. This fusion reaction is exothermic, which means that it gives off more energy than it consumes.

The excess energy is released as gamma radiation, which then makes its way through the star and out into space. The radiation pushes outward, and counteracts the inward force of gravity pulling it together. This balance creates the Sun we know and love.

Outside the core, temperatures and pressures drop to the point that fusion can no longer happen. This next region is known as the radiative zone. It’s plenty hot, and the photons of gamma radiation generated in the core of the Sun need to bounce randomly from atom to atom, maybe for hundreds of thousands of years to finally escape.

But it’s not hot enough for fusion to happen.

Outside the radiative zone is the convective zone. This is where the material in the Sun is finally cool enough that it can move around like a lava lamp. Hot blobs of plasma pick up enormous heat from the radiative zone, float up to the surface of the Sun, release their heat and then sink down again.

The only fuel the Sun can use for fusion is in the core, which accounts for only 0.8% of the Sun’s volume and 34% of its mass. When it uses up that hydrogen in the core, it’ll blow off its outer layers into space and then shrink down into a white dwarf.

The radiative zone acts like a wall, preventing the mixing convective zone from reaching the solar core.

If the Sun was all convective zone, then this wouldn’t be a problem, it would be able to go on mixing its fuel, using up all its hydrogen instead of this smaller fraction. If the Sun was more like a red dwarf, it could last much longer.

In order to save the Sun, to help it last longer than the 5 billion years it has remaining, we would need some way to stir up the Sun with a gigantic mixing spoon. To get that unburned hydrogen from the radiative and convective zones down into the core.

One idea is that you could crash another star into the Sun. This would deliver fresh fuel, and mix up the Sun’s hydrogen a bit. But it would be a one time thing. You’d need to deliver a steady stream of stars to keep mixing it up. And after a while you would accumulate enough mass to create a supernova. That would be bad.

But another option would be to strip material off the Sun and create red dwarfs. Stars with less than 35% the mass of the Sun are fully convective. Which means that they don’t have a radiative zone. They fully mix all their hydrogen fuel into the core, and can last much longer.

Imagine a future civilization tearing the Sun into 3 separate stars, each of which could then last for hundreds of billions of years, putting out only 1.5% the energy of the Sun. Huddle up for warmth.

But if you want to take this to the extreme, tear the Sun into 13 separate red dwarf stars with only 7.5% the mass of the Sun. These will only put out .015% the light of the Sun, but they’ll sip away at their hydrogen for more than 10 trillion years.

See all posts by Fraser Cain