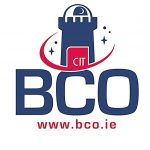 Title : What Is The Stars – Star Names

Produced by Eoin O’Kelly for The Blue of the Night on Raidió Teilifís Éireann’s RTÉ Lyric FM. From April 16, 2012.

What is the Stars was originally broadcast weekly between 2010 and 2012 on ‘The Blue of the Night,’ RTÉ Lyric’s evening radio programme. It was aimed at a “thinking-adult-late-evening audience.” Broadcasts were planned to be topical, yet with a spacey/astronomical theme. Scripts were written and delivered by Frances McCarthy of CIT Blackrock Castle Observatory, Cork, Ireland. Frances completed a BSc in Physics and Astronomy from the University of Toronto before exoplanets had been confirmed and still cherishes the two pieces of fan-email she received from listeners!

What is the Stars is a line from The Plough & the Stars, a play by the Irish writer Seán O’Casey.

Bio: Frances McCarthy, astronomer and education officer at Cork Institute of Technology’s Blackrock Castle Observatory guides our eyes heavenwards to explore the myths, stories and science of the constellations.

Today’s sponsor: This episode of “365 Days of Astronomy” is sponsored by — no one. We still need sponsors for many days in 2018, so please consider sponsoring a day or two. Just click on the “Donate” button on the lower left side of this webpage, or contact us at signup@365daysofastronomy.org.

For sale – a star name! Unfortunately, if you read the fine print you will find out that the name you have just given “your star” has no formal validity. Bright stars already have names – in some cases more than one. The very brightest stars generally have names that derive from Arabic – Deneb means tail, so there is Deneb in Cygnus, the tail of the swan and Denebola in Leo, from Deneb Alased, the tail of the lion. Deneb is also called alpha Cygni, since it is the brightest star in Cygnus, Denebola is also beta Leonis, the second brightest star in Leo. The alpha, beta designations come from 1603, when a German lawyer, Johann Bayer started naming stars in the order of their brightness within each constellation. He was a bit inconsistent on this, so within Ursa Major, the brighter stars are named in order of their position from one end of the Plough to the other. This leaves Delta Ursae Majoris (the dim star at the join between the handle and the plough share) with a name that implies it is the fourth brightest star in the constellation, even though it is considerably dimmer than Epsilon, Zeta and Eta in the handle.

Besides these Bayer names, stars can have Flamsteed numbers. The Astronomer Royal John Flamsteed reckoned that it was better to number the stars within a constellation, ignoring the often hard to determine brightness of a star. He published his catalogue in 1725, listing each star from west to east within a constellation. Later astronomers added numbers to this, so Deneb is known as 50 Cygni and Denebola is 94 Leonis . Flamsteed numbers worked fine for a while – in my 19th edition Norton’s Star Atlas there are only 8800 stars brighter than 6.49 magnitude. But there are a lot more than 8800 stars in the sky! As telescopes uncovered fainter stars, these faint stars were given just a catalogue number. The most used tends to be the Henry Draper catalogue, stars numbered up to HD 225300 are from the first catalogue, from HD225301 to HD359083 they are in the extension published in 1949. Many other catalogues have been produced for a specific purpose, so 17180 double stars have a number in the New General Catalogue of Double Stars and the Guide Star Catalog II has positions and magnitudes for over 445 million stars.

If you do want to name a star yourself and are determined to pay money for it, then consider the website of one company. They are currently suggesting that you purchase a star for Father’s day, and have in tiny, pale letters near the bottom of the home page of their website: “Company X star naming is not recognized by the scientific community. Your stars [sic] name is reserved in Company X records only.” I wonder how many people have named a star “caveat emptor”?