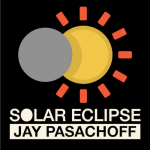 Title: The Minus-Third Anniversary of the 2017 US-Crossing Total Solar Eclipse

Description: A total solar eclipse will cross the continental United States on August 21, 2017, from northwest (Oregon) to southeast (South Carolina). For up to two minutes 40 seconds (in parts of Illinois and Kentucky) along the centerline, and for shorter times up to about 40 miles to either side, the moon will entirely block the everyday sun, taking away the blue sky and bringing on a twilight-quality darkness while it reveals the solar corona, the sun’s outermost layer. Viewing totality can be inspiring for students and others. While whenever part of the everyday sun is visible, such as today or during the partial phases of an eclipse (as will be seen throughout the U.S. and Canada), you need special filters or projection methods to look at the sun safely, but during the minutes or seconds totality, the brightness of the corona is similar to that of the full moon and is equally safe to watch. Weather statistics based on satellite cloud images are available. Maps, discussions, and other information are linked at http://eclipses.info.

Today’s sponsor: This episode of “365 Days of Astronomy” is sponsored by — no one. We still need sponsors for many days in 2014, so please consider sponsoring a day or two. Just click on the “Donate” button on the lower left side of this webpage, or contact us at signup@365daysofastronomy.org.
Transcript:

A total solar eclipse is the most inspiring thing, and beautiful thing, that anybody on Earth can see.  The Sun going dark, being covered by the moon in the middle of the day, is awe-inspiring and even frightening, and has been so for thousands of years.  We in the United States are going to benefit from the band of totality of a total solar eclipse crossing the United States from upper left to lower right, from Northwest to Southeast on August 21, 2017.  I am making this podcast to mark the minus-third anniversary of this wonderful event.

The Sun is very bright–a million times brighter than the moon–and when we cover the Sun entirely, that sunlight doesn’t hit the Earth anymore, doesn’t make the sky blue, and we can see the outer layer of the Sun, the corona, which becomes visible during totality at a total solar eclipse.  The eclipse of 2017 will last along the centerline for about two minutes, and up above two and a half minutes as it crosses the United States.

During that period of time, and only during that period of time, is it safe to look at the eclipse directly, because then the bright, everyday Sun that is hazardous to stare at becomes covered.  There will be special filters, goggles, and glasses with special certifications that make it safe to look at the partial phases of the Sun, which last over an hour before totality and over an hour after totality, but during that two minutes or so of totality, we look directly without any intermediate filtering.  If you’re off to the side of the band of totality (which is only about 100 miles wide) then we have a partial eclipse, and we also have a partial eclipse even during the path of totality, for the hour or so before totality and the hour so after totality.

For example, in Los Angeles about 70% of the Sun will be covered at its maximum; in New York City, also about 75% covered; in Washington DC, about 85%; in Chicago, almost 90%; in Miami about 80%.  But even those residual 10-20%, or even down to 1% or so, the remaining Sun is so bright you cannot look at it safely without a filter.  So you really want to be within the path of totality to see the glories of the eclipse, and a major reason of my giving this three years’ notice on the minus-third anniversary is so you can plan and try to get to a place in the path of totality.

This circle of shadow of the moon will fall on the earth near the Pacific Ocean first on the 21st of August, 2017, and then reach the continental United States in Oregon, over Salem, Oregon, it will then go to Idaho; Jackson, Wyoming will be there in the center of the path; on to Alliance, Nebraska, St. Joseph, Missouri, and Columbia, Missouri (where there is a big university).  It will pass just south of St. Louis, and right over Carbondale, Illinois, and Hopkinsville, Kentucky, which are the peak of the eclipse as far as the maximum duration of about two minutes and 40 seconds is.  Then Bowling Green, Kentucky, will be near the north part, Nashville near the south part of the path of totality.  It then will pass through South Carolina going right over Clemson, and winding up with Charleston, South Carolina, on the south side of totality.  So anywhere within that path, you will get a total solar eclipse.

On behalf of the Working Group on Eclipses of the International Astronomical Union, I have a website at a very easy address to remember: just eclipses.info.  There I have links to a variety of maps of eclipses and information about how to observe eclipses safely and information about what we learn from eclipses.  Michael Zeiler, a mapmaker, has posted animation showing the shadow of the moon moving across the United States at GreatAmericanEclipse.com, so there are many ways you can see the details of the path of the eclipse.

If you are in the path of totality, then it is not only interesting to see, it is interesting to photograph.  Any kind of camera will take a good photo, and there is one advantage of the corona varying so much in brightness from where it is right at the edge of the everyday Sun to further out, because no matter what exposure to take, you will get some part of the corona around the Sun during totality.  You do want to prop your camera up, or have it on a tripod  or otherwise braced, it so it doesn’t shake.  If your camera has an automatic focus mode, turn that off if possible.  You’d also like to cover up any flash; maybe a piece of black tape over the flash will keep people around you from being disturbed.  Surely you’re not going to light up the Sun or the Moon with the flash on your camera, so the flash doesn’t do any good.

There will be some attempts to put together different photographs from places across the United States so we can look for motions in the solar corona.  The highest quality sets of photographs will be put together in computers to put the good parts from the heavily bright regions and the good parts from the less-bright regions to show the structure of the corona as it goes out into space.

It is not yet completely known why the corona is so hot.  It’s millions of degrees hot.  You know that if you are at a stove, and it’s pretty hot next to the stove, and you move away, it gets cooler.  Well, on the sun, the everyday surface of the sun is about 10,000°F and when you move away, into the corona, into the higher atmosphere of the sun, it goes up to millions of degrees Fahrenheit.  So somehow, it’s not just radiation that is heating the corona; there must be an injection of energy into the corona, and there are a few different possible solutions to the problem.  We are sure it has something to do with the sun’s magnetic field–energy is stored in the magnetic field in some way.  Maybe there are waves that come up in the magnetic field and that give off their energy into the corona.  Maybe there are a lot of tiny flares that give some continual heating to the corona–there’s still a big debate about that.

And one of the things that we scientists do at total solar eclipses that get observations that help resolve the problem of how the corona became very hot.

We know that there are billions of others stars with coronas, also, so we use the sun as a laboratory to tell us all about astronomy of other stars, given that we have this laboratory 93 million miles away from us in the sun that we can observe in detail.

Still, no matter what observations we make, the eclipse for scientists and nonscientists alike is incredibly beautiful, incredibly moving, and incredibly exciting, and I recommend that everybody try to be within the path of totality for the 2017 eclipse on August 21 of that year.