August 25th: The Scenery of the Night 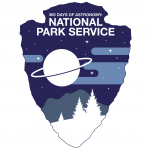 Title: The Scenery of the Night

Description: Today is the 92nd Birthday of the US National Park Service (NPS). The U.S. National Park Service was established in 1916 “to conserve the scenery, the natural and historic objects and the wild life therein, and to provide for the enjoyment of the same in such manner and by such means as will leave them unimpaired for the enjoyment of future generations…”. Ranger Chad Moore will lead you on a search for dark skies through the 9-class Bortle Scale.
See the NPS Night Sky Program website: http://www.nature.nps.gov/air/lightscapes/

Bio: Chad Moore is a National Park Service scientist and the manager of the Night Sky Program. He has a master’s degree in earth science, but has spent the last 10 years looking beyond our planet. His team developed a method for measuring light pollution and, thereby allowing precise tracking of sky quality. Chad was also instrumental in the development of the International Dark-sky Association’s Dark Sky Park program and is involved in several outreach efforts.

Today’s sponsor: This episode of “365 Days of Astronomy” is sponsored by and anonymous sponsor.

Introduction:
This is the third in a series of IYA podcasts from the National Park Service.

Chances are, you don’t think much about the starry night sky, and that’s probably because you don’t see one very often. What was frequent for our parents and commonplace for our grandparents, has become rare in our lifetime due to the brightening glow of city lights. We tend to forget how good the sky was long ago, or perhaps we don’t dare to believe it was once so splendid, and in doing so admit how much we’ve lost.

Astronomer John Bortle has established benchmarks of night sky quality to prevent what professor Peter Kahn calls “environmental generational amnesia” — the gradual lowering of expectations of nature. Bortle’s nine classes define the celestial scene from a bright light polluted sky at Class 9, to a pristine and awe inspiring Class 1. You can think of this scale as 3 gradations of urban skies, 3 of suburban skies, and 3 of rural or remote skies. Visual observations of features like the Milky Way, the contrast and color of the sky, and the number of faint stars seen determine the sky class.

Many people consider a night sky good if you can see the Milky Way, but that only rates as a Class 5 or 6 on this scale. When Bortle published his system in Sky and Telescope magazine, even many astronomers were aghast at how poorly their favorite skies rated. The concept of a Class 1 sky created skepticism that such a transparent window to the Universe could ever exist; perhaps this is no surprise as few have seen such a sky in the last decade.

I’ll take you on a short journey outside at night as we stop at some of Bortle’s mileposts on the quest to for the starriest of skies.

Under an Urban Sky:
Half the world’s population lives in cities, so to get an idea of what the average Earthling experiences when they look up at night, we are in downtown Denver (Colorado) on a warm summer night. Actually the Perseids (meteor shower) are active tonight, but I haven’t seen any yet. It is hard to get more than fifty or a hundred feet from a streetlight, but I’ve done my best to get away from the road and the light and as I look up, I see a few stars! I can make out the Big Dipper, and the pointer stars pointing to Polaris, the North Star, a common sight in the northern hemisphere. And as I follow the arc of the handle I can see Arcturus, and just to the south I can make out the star Spica.

Well I have to admit a sky like this isn’t that impressive. Someone growing up all their life in a city would have a hard time writing a song about stars, writing a poem, or making a beautiful painting about the night sky.

Now I’m going to do my best to find the Milky Way here. I know where the Milky Way is, and as I shield the lights… I can’t see it at all! Andromeda (Galaxy) is going to be rising to the Northeast here… it is impossible to see. So the depth of the sky has been lost. It seems very shallow and two-dimensional. I think we are looking at a Bortle Class 8 sky.

Under a Suburban Sky:
Well the National Park Service Night Sky Program is located in Fort Collins, Colorado, about an hour away from Denver. And I’ve driven here to the edge of town to see if we can find some darker skies. Let’s take a look…. As my eyes adjust I can tell it is a lot better here. I can see many many more constellations, I can see the Little Dipper, which is a lot dimmer than the Big Dipper. I can make out all kinds of stars in the Summer Triangle and some of the smaller constellations. And, yep, there it is! Sure enough I see the Milky Way.

Now I don’t see the Milky Way stretching all the way down to the horizon, there are some lights from town that block that. But I can see it overhead and I can just make out the central rift in Cygnus — that dark lane that is the galactic dust that obscures the stars behind it. So I can actually see our own galaxy here.

Look at that! I just saw a Perseid meteor streak by. It’s not just the number of stars that you can see that makes this impressive. I can see a little bit of depth to it — I can see the Milky Way, we got some meteors going on here tonight. It is a pleasant scene, but as I look off to the east I can see bright lights from the town. It looks like the light dome from the town reaches all the way overhead, and it is clear I’m not seeing all the sky has to offer. I think this is a Bortle Class 5 sky.

Under a Park Sky:
Dark skies aren’t that easy to find. I’ve driven six hours past Denver, Colorado, into the heart of the Rocky Mountains. I’m here at Black Canyon of the Gunnison National Park, and the skies here are fantastic. I’ve been letting my eyes adjust for well over an hour now, and the Milky Way is absolutely stunning, stretching from horizon to horizon. It is not only visible but having great detail, it looks like veined marble and looks three- dimensional as it arches overhead.

All around the horizon is a very faint glow. It’s not light pollution it’s airglow. This is the luminescence of the Earth’s atmosphere and it glows very faintly, almost like a faint blue aurora. It helps to silhouette the trees and rocks around me.

Stretching from west to east is another feature most people never see — the zodiacal light or zodiacal band. This is sunlight reflected of a myriad of dust particles in the solar system. It’s much fainter than the Milky Way, about the same thickness, but smooth.

Even though we are in one of the darkest places here, I have no trouble seeing. My eyes have dark-adapted. I can see the texture of the ground, the rocks nearby, silhouettes of the trees and small bushes around me. I’m so well dark adapted that the light from Jupiter is a little bit bothersome. I have trouble seeing the faint stars as I look in that direction, but it is beautiful.

So we are in one of the darkest parts of Colorado, but I can still make out some light pollution. Over to the east I can see the glow from Gunison. And far to the west I can see an even brighter glow from Grand Junction, Colorado, right on the Utah boarder. So we do have a little bit of artificial light here. All things considered, I think we would give this a Bortle Class 2. This is one of the most spectacular skies that one can see in their lifetime. Not as good as it can possible get, but still great.

I’m going to enjoy this night sky from the comfort of my sleeping bag, and get some rest here…. Under one of the most spectacular scenes a park can offer.

Conclusion:
Today we celebrate the birthday of the National Park Service and honor the wisdom of past Americans in setting aside the best of what our country is as sacred heritage for future generations. 92 years later we realize that we have also inherited the scenery of the night sky, still shining in a handful of National Parks. The question is whether we as a modern nation will chose to deem this sacred too, and bequeath the cosmos to our children, and to our grandchildren.