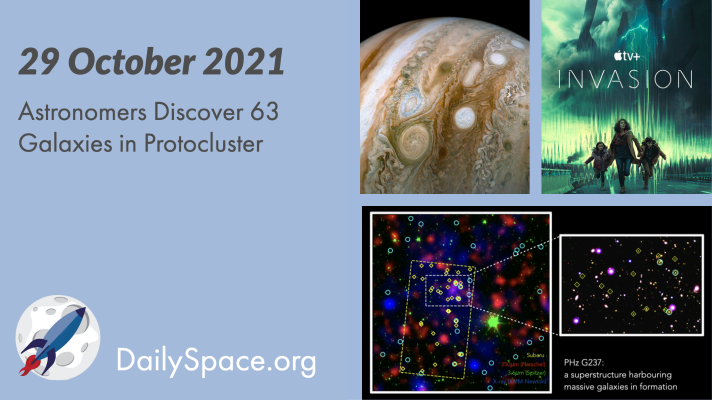 Astronomers researching the G237 protocluster find 63 galaxies within, all producing stars and more galaxies at a high rate, acting as a “shipyard” for their region of the cosmos. Plus, Juno looks inside Jupiter’s cloud bands and a review of “Invasion” on Apple TV+. 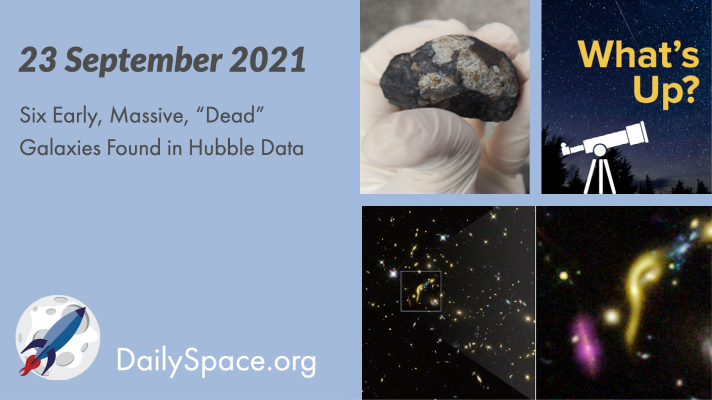 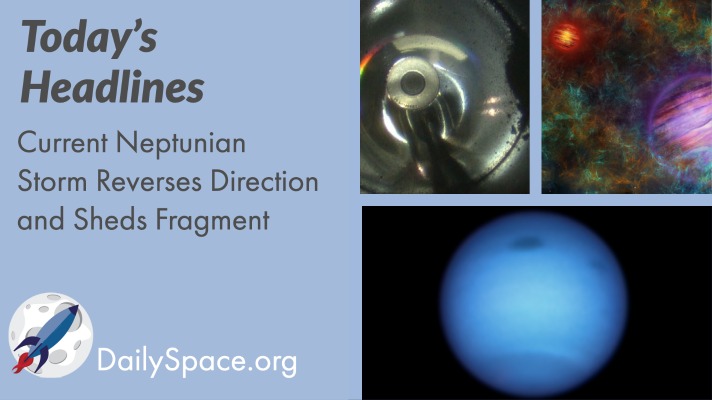 Scientists using Hubble to track storms on Neptune found that a current storm has reversed direction and possibly shed a fragment. Plus, an update on Hayabusa2’s sample return, a non-technological radio emission from an exoplanet, This Week in Sky Watching, and more!