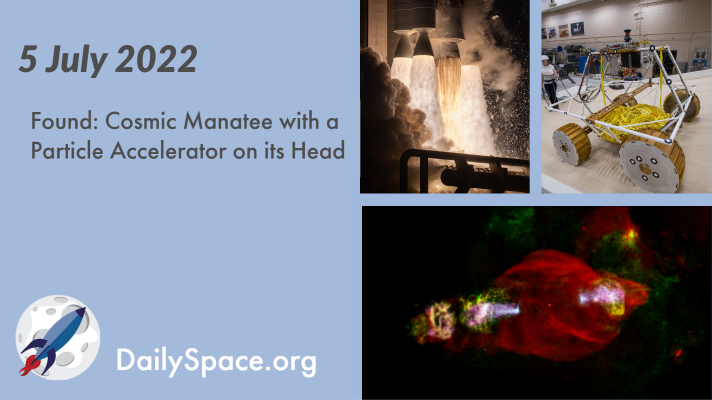 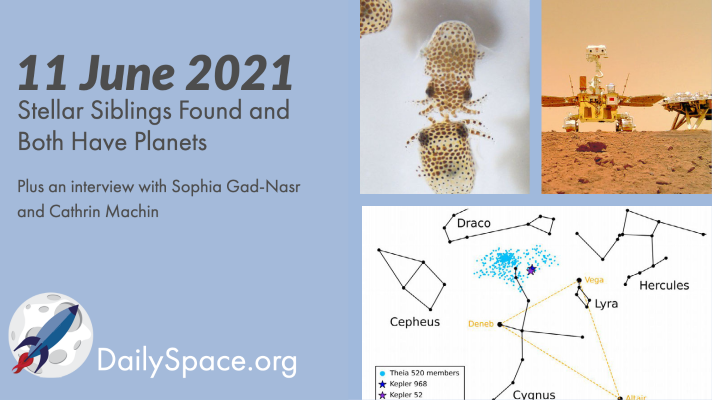 Stellar Siblings Found and Both Have Planets

Two seemingly unrelated stars, each with several exoplanets, turn out to be members of an enormous, diffuse star cluster. Plus, baby squid go to the ISS, new images from China’s Zhurong rover, a brightening blazar, and an interview with scientist Sophia Gad-Nasr and artist Cathrin Machin about how art and science work together. 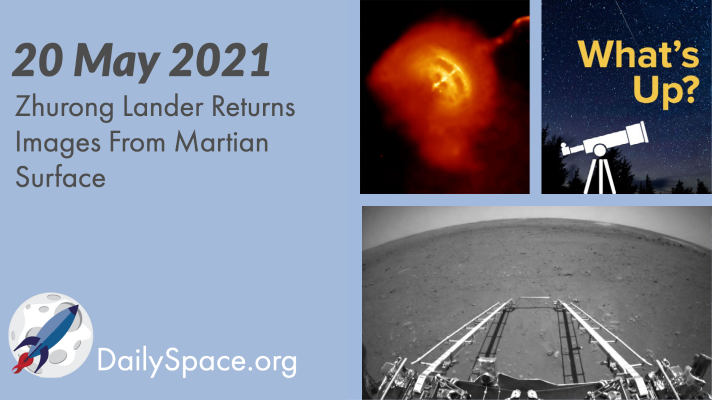 After a successful touchdown on Mars last week, the Zhurong lander has sent back both black and white and color images. Plus, pulsars, ocean depths, heavy metal vapor, radioactive elements, and this week’s What’s Up which includes a total lunar eclipse!