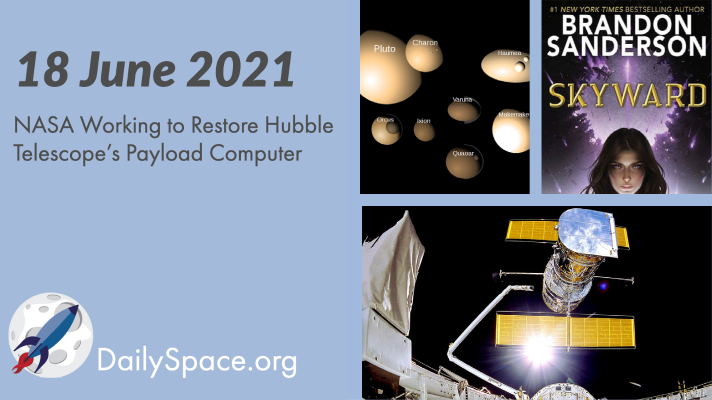 The payload computer aboard the Hubble Space Telescope stopped running on Sunday, June 13, 2021, and now the operations team is working to either save the module or switch to a backup. Plus, a protoplanetary disk, stellar mega-flares, missing dark matter, trans-Neptunian objects, and a review of Brandon Sanderson’s novel Skyward. 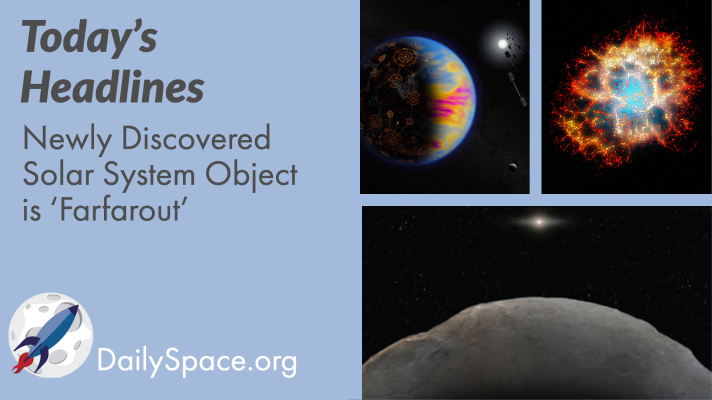 A newly found object nearly four times farther out from the Sun than Pluto now holds the record for the farthest observed in our solar system. Plus, forming super-Earths, finding potentially habitable planets, jellyfish galaxies, the Crab Nebula, and this week’s What’s Up. 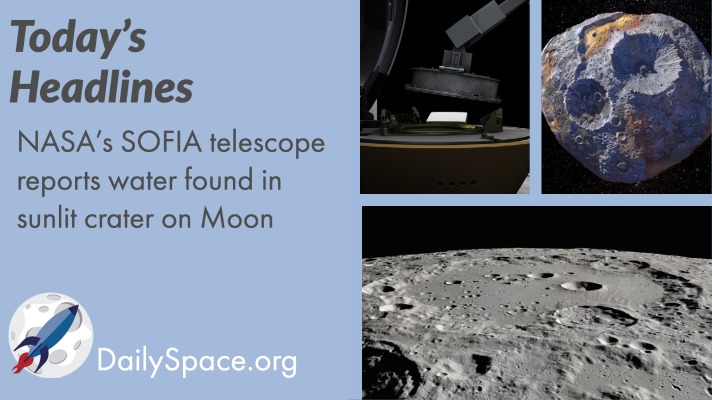 In our new format, we bring you a mix of stories. First, an update on the Bennu sampling situation. Next, the top stories, where NASA has reported that the SOFIA airborne telescope found water in a sunlit crater on the Moon, and another team has found water ice reservoirs. Plus, the search for Planet Nine, studying asteroid Psyche 16, and the magnetic fields at a jellyfish galaxy. 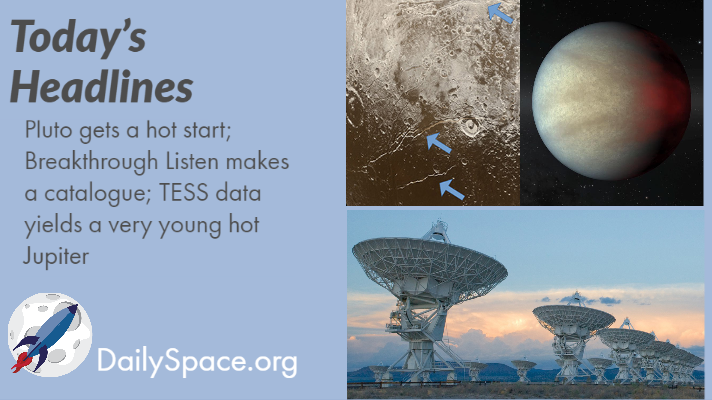 Join us today as we look at New Horizons images of Pluto for evidence of how the planet’s icy ocean formed. We also discuss Breakthrough Listen’s announcement of a new catalogue of “exotic” targets. And finally, we share the news that a very young hot Jupiter close to its star was found in TESS data.