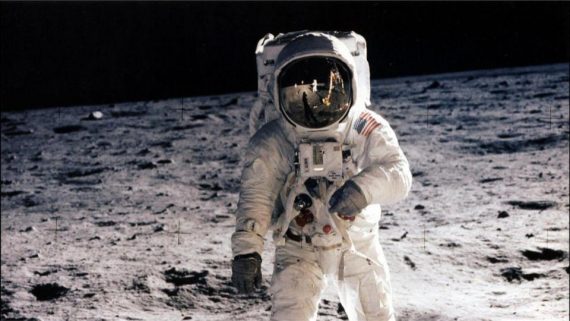 The day has come. At 8:32 am Eastern Time on July 16, 1969 the Apollo 11 mission was launched on the top of a Saturn V rocket from Kennedy Space Center’s 39A Launch Pad. On board were Neil Armstrong and Buzz Aldrin, who would land on the moon, and Michael Collins who would watch from above.

This week special events are taking place just about everywhere. While the American flag is seen in most NASA photos, the International Astronomical Union sees this as a celebration of human achievement rather than of national achievement. However you choose to look at it, this anniversary has led to a flood of new documentary films, including the aptly named Apollo 11, which uses archival video, photos, and audio to weave together a new style of documentary that is worth a watch. 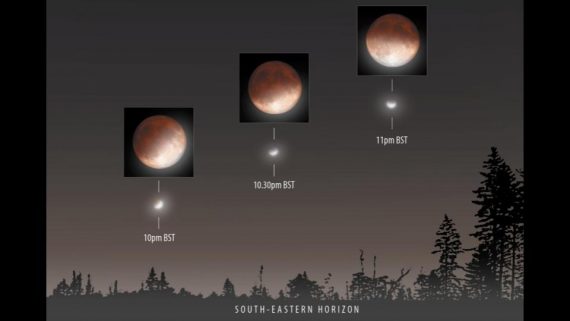 In other Lunar news,there is a partial lunar eclipse tonight.

This event will be visible to folks in Africa, Europe, most of Asia, Australia, and South America. Who won’t see it? North America and Siberia. Check timeanddate.com to get timings for your location.

While not of particular scientific use, lunar eclipses are beautiful, and they do give us some insight into our atmosphere. The moon never goes completely dark, because sunlight is bent through the Earth’s atmosphere to strike the moon. Exactly what colors make it to the moon, and which are scattered away depends on the quality of our atmosphere. If it is filled with fine grains, from smoke, ash, or other pollutants, the moon will appear exceedingly red. If the atmosphere is particularly clear, the moon will appear more grey. In our modern world, a blood moon is the most common site. One cool thing to note however is that different places on Earth may see the moon as a different color because the sunlight reaching the moon is passing through different parts of the atmosphere. So, get out, take a look, and we’d love it if you could share your pictures with us. 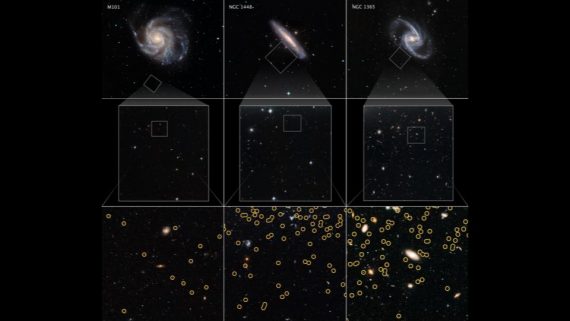 I’d mentioned yesterday that I suspected this would be a very slow news week, with most press officers holding off on sharing news until the Apollo 11 hype had died down.

Well, one result knew it could still dominate the news cycle, and the result involves the expansion of our universe.

What feels like almost every week, I’ve been seeing new articles about the current discrepancies in how different methods measure the modern expansion rate of our universe.

Folks using the Plank data to measure the size of the over and under densities in the universe’s mass distribution, calculate that the modern universe should be expanding at 67.4 km/sec/Mpc. At the same time, folks directly measuring the expansion rate using Cepheid variables to get the distances to nearby galaxies derive an expansion rate of 74 km/s/Mpc. The error bars on the measurements is small, and this difference is about 9%, leading folks to wonder if there is something wrong with our measurements or our understanding of physics.

The best ways to sort what is going on include both measuring distance in new areas of our Universe – as we discussed potentially doing with neutron star mergers yesterday – and find new ways to measure distances within the nearby universe to verify the work done with Cepheid variables.

To directly measure the expansion rate of our nearby universe. We need to measure the actual distance to an object, and we need to measure how fast it is moving away from us. Since we can’t string yardsticks across the universe, we need another method. One standard technique is to find objects that have a known actual luminosity and then measure how bright they appear. The fall off in brightness with distance is easy to describe mathematically. What is hard is figuring out exactly how luminous any kind of object actually is. Objects that we think we know the actual luminosity of are called standard candles, and include things like exploding white dwarf stars, all of which explode with the same amount of fuel and produce type 1a supernova with the same brightness.

Taking the standard candle approach, a team lead by cosmologist Wendy Freedman looked to use the brightest of the Red Giant stars as a new standard candle for galaxies not to far away. These measurements could then be used to re-calibrate our understanding of the brightness of type 1 A Supernova. It was hoped these measurements would match either the earlier Cepheid variable star measurements or the Planck Cosmic Microwave Background measurements. Instead… the answer of 72 km/s/Mpc lays right in the middle, and our confusion grows.

I suspect this is a kind of story I’m going to be reporting week after week, for a long time to come.