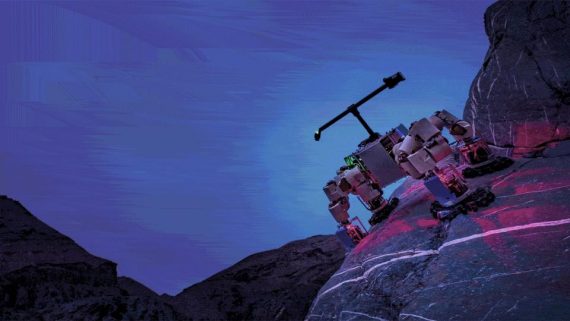 When I say there are creepy intelligent robots among us, you may think Cylons, and you may think Boston Dynamics. Well, you also need to think JPL. The Pasadena-based Jet Propulsion labs is joining the robot revolution and has released images and videos or wall and rock climbing robots. 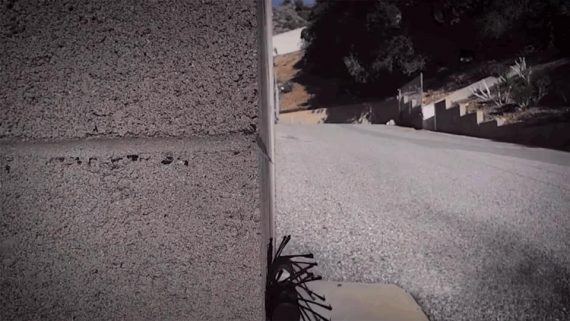 While these fish hook and claw slinging robots are meant for exploring other planets, this doesn’t prevent them from also exploring Earth, and the team has been testing their digital critters on cinder block walls, and sandstone cliffs.

While I for one welcome our future robot overlords, I have to admit that a robot that climbs walls with fish hooks is a robot I don’t want to encounter, because I really don’t want it to try and climb me! 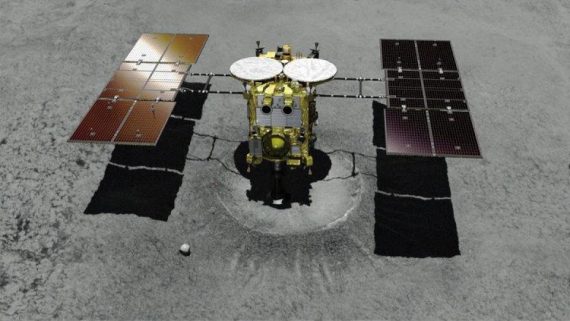 Moving on to robots that bomb asteroids, JAXA’s Hayabusa 2 team has announced that their spacecraft has successfully touched down in a crater it had previously made by dropping an anti-tank explosive onto Ryugu. 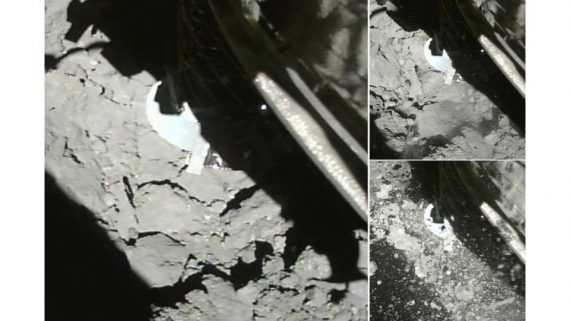 Before and after images of the site show a dark smudge where the sample was taken.

Put another way: Hayabusa 2 doesn’t mess around, and after bombing Ryugu it shot it with a bullet and then grabbed samples that is going to bring back toward Earth and throw at us.

Someone really needs to write a manga about this mission. 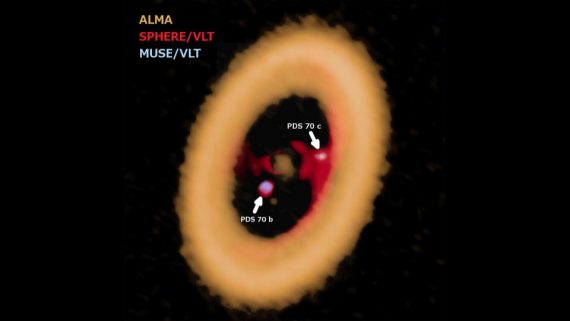 In news coming to us from the National Radio Astronomy Observatory, astronomers announce that they have found evidence of a planet with a moon forming around the star PDS 70. This research combines images from the Atacama Large Millimeter Array and the Very Large Telescope Muse and Sphere instruments. This star is located 370 light-years is known to have two large gas-giant planets like Jupiter in its orbit. These new ALMA observations indicate that the outer planet has a dust disk that is likely forming 1 or more moons. 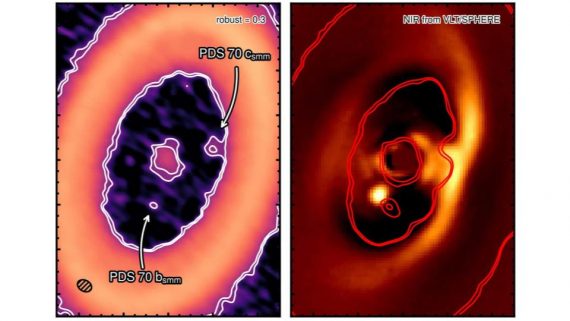 By following these planets as they orbit, scientists can see how planets and disks interact in the early days of a solar system’s formation.

New Hubble Space Telescope images of the spiral galaxy NGC 3147 reveal a thin disc of material closely orbiting the galaxy’s central supermassive black hole. While it’s not unusual for black holes to be surrounded with material, it was expected that this not-very-actively-eating black hole would have a bloated, donut shaped disk if it had a disk at all. It is massively feeding systems that typically have thin disks of material.

It is unclear what’s going on here, but whatever the physics may be, the science has produced one hell of a beautiful image.