The #DailySpace brings you the universe at 10am PST / 1pm EST / 5pm GMT on twitch.tv/CosmoQuestX. Today’s #spacenews includes recent and upcoming launches: 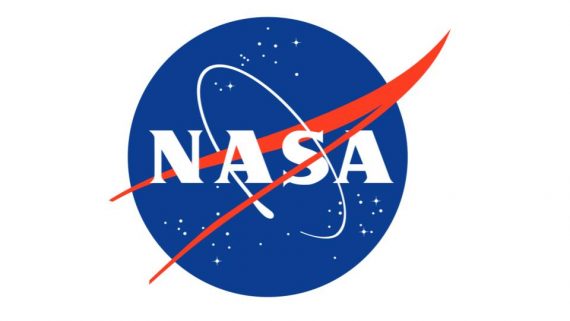 The test itself will use a purpose-built partial launch vehicle of the sort used during the Apollo testing phases. It’s sole purpose in life is to get the Orion capsule & abort system up in the air so they can be tested “live.” 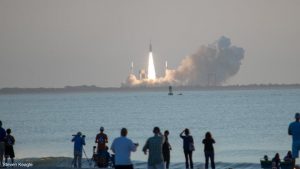 The Launch Abort System will activate after 55 seconds of ascent at an altitude of 9,400 meters at Max-Q while the booster is still firing. 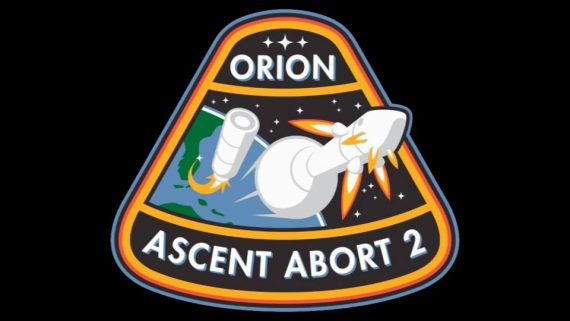 Even has a mission patch!
3 stars at the top
14 stars under the line
1 star on the Florida coast — Cape Canaveral Air Force Station
Total of 18 stars
Patch is in shape of Orion Capsule 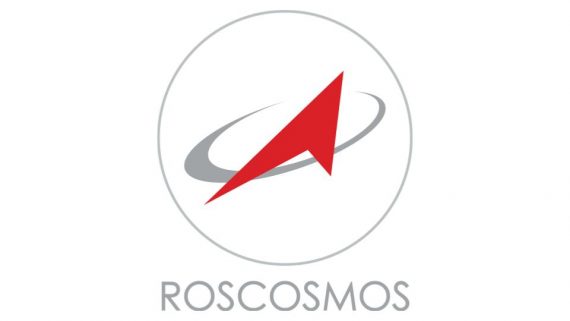 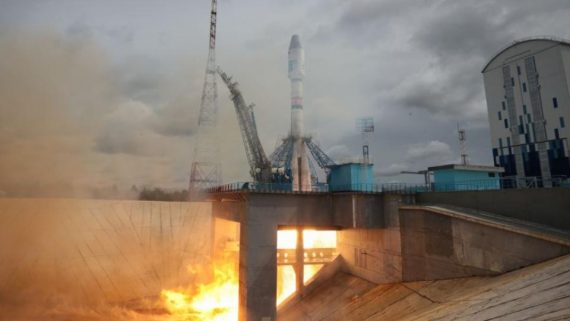 Note the difference in the flame trench for the Roscosmos launch site here at Baikonur, and the sites at VAFB or in Florida:

No water being dumped to damp out the acoustic energy like the US sites do, but instead a MUCH deeper trench that bottoms out at a steep angle relative to the pad, so the sound goes sideways instead of back up toward the rocket. (pic is being taken from another launch pad opposite the one in use that uses the same trench system) 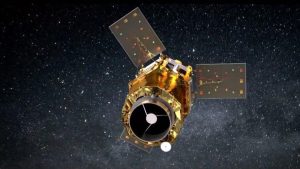 Launch DTG: 21JUN121714 GMT (8:17:14 a.m. EDT; 5:17:14 p.m. Baikonur time)
Spacecraft is joint Russian-German project destined for the Earth-Sun L2 Lagrange Point area — which is generally where JWST is headed.
No worries, space is big, they’ll both fit w/literally no issue since both spacecraft will follow complex orbits AROUND the L2 Point, rather than being stuck _exactly_ in it. I doubt they’ll get w/in 100 km of each other, EVER.

“Spektr-RG is a joint project between Roscosmos and DLR, the Russian and German space agencies. The mission will conduct an all-sky X-ray survey, observing galaxies and large-scale galactic clusters to help astronomers examine the role of dark energy and dark matter in the evolution of the universe.
The primary instrument on Spektr-RG is the German-built wide-field eROSITA X-ray telescope, which scientists say will observe more than 3 million active black holes at the centers of galaxies, and approximately 100,000 clusters of galaxies in the distant universe.
A second X-ray telescope on Spektr-RG, developed by a Russian science team, will be sensitive to higher-energy X-rays than eROSITA. The Russian telescope, named ART-XC, will fly with X-ray mirror modules fabricated at NASA’s Marshall Space Flight Center in Alabama.”

The mission is slated to last 6.5 years or thereabouts.

The Soyuz (R-7) family of rockets are pretty beefy, but you can tell from the pic above, the PROTON is definitely a heavier lift vehicle just looking at it. 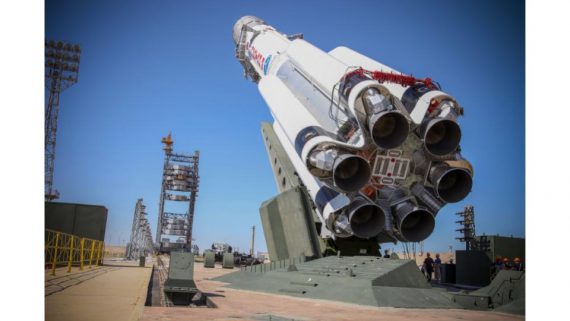 Going vertical on the pad. In the background is the mobile service tower which is actually moved to the launch area 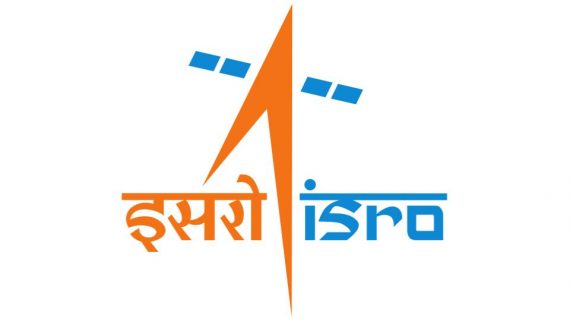 THIS IS A BIG ONE! WE’RE GOING TO HAVE A WATCH PARTY!! 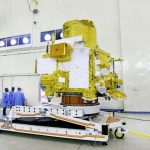 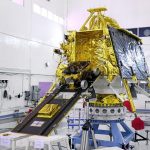 So, why is this A REALLY BIG DEAL? It’s India’s second lunar exploration mission! It includes a lunar orbiter, lander *and* rover — all developed and built in India!!

More on the names:
The orbiter doesn’t have a name, but the lander and rover do.
Lander: Vikram (literally “valour”), named after the father of the Indian space program, Vikram Sarabhai
Rover: Prag ann (literally “wisdom”)

A successful landing would be India the 4th country to soft-land on the moon. Also, if successful, it will be the second mission to soft land near the lunar south pole.

The primary objectives are to literally demonstrate the ability to perform a soft landing and operate a robotic rover. Scientific goals include: studies of lunar topography (to help prepare 3D maps!), mineralogy, elemental abundance, the lunar exosphere, and signatures of hyroxyl and water ice. (Hydroxy is an oxygen bonded to a hydrogen, where the oxygen is usually bonded to something else.)

Life expectancy of the rover is one lunar day, or about 14 earth days. BUT! It does have a solar-powered sleep/wake cycle implemented which could result in a longer life

That will depend on whether its electronics (& battery system) can handle the super-cold of the lunar night… but I’m not against hoping for the best. 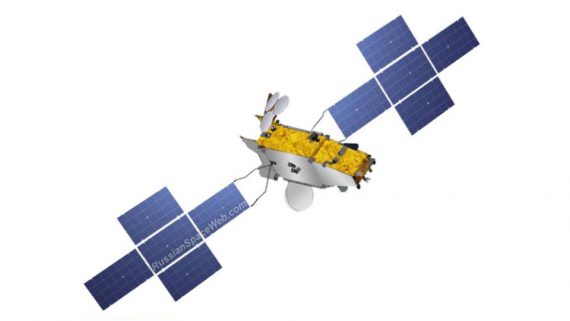 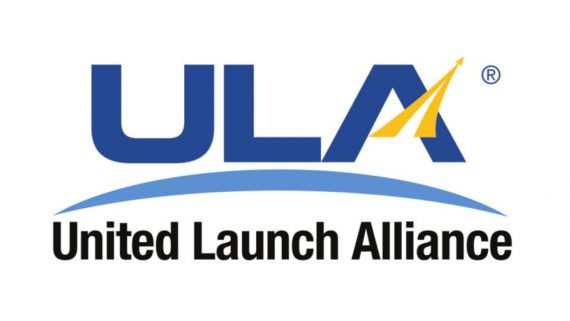 This is the 5th of 6 satellites for the constellation

https://www.lockheedmartin.com/enus/products/aehf.htmlhttps://www.ulalaunch.com/missions/atlas-v-aehf-5– This link indicates that the cost savings over the course of the block buy by the USAF saved them the cost of at least one brand new, built from scratch high-capability satellite, or else perhaps 1 – 2 off the shelf models including launch costs, for preference. Not too shabby! No wonder it won an award. 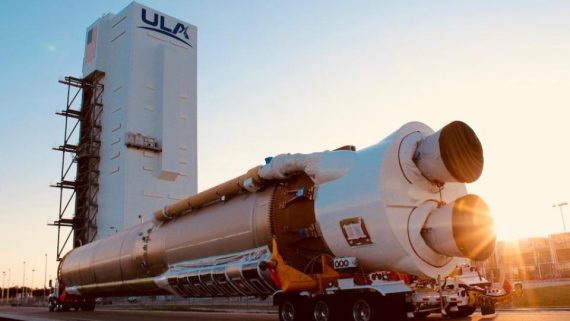 https://en.wikipedia.org/wiki/Extremely_high_frequency The USAF application overcomes some of the down sides listed in the Wiki article via power, modulation & forward error correction schemes, as well as various spectrum usage techniques that ensure that interference seen in one place at one moment may not interfere with All frequencies at All moments. Also, the higher frequencies mean smaller antennas can be used, which means greater weight/cost savings in hardware for certain links which are much more mobile than in the past. 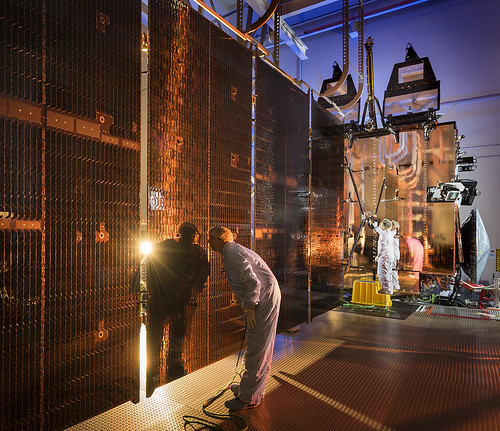