This is a guest blog post from Larry Lebofsky and Theresa Summer.

The National Science Teachers Association (NSTA) had its National Conference in Atlanta this year from March 15–18, 2018. Founded in 1944, NSTA is the world’s largest organization dedicated to building innovation and excellence in science teaching and learning. The conference in Atlanta was filled with thousands of science teachers, brimming with enthusiasm and educational strategies.

CosmoQuest team members and associates gave three workshops and participated in a Community Share-a-thon to spread the news and excitement of citizen science.

On Thursday afternoon, Theresa Summer and Larry Lebofsky presented EarthMatch: Making Earth Science Culturally Relevant. Educators made observations and inferences based on images taken by astronauts on the International Space Station. The educators focused on how these images showed changes over time and used their observations as evidence for their inferences. They played the card game EarthMatch and explored the Image Detective citizen science suite. 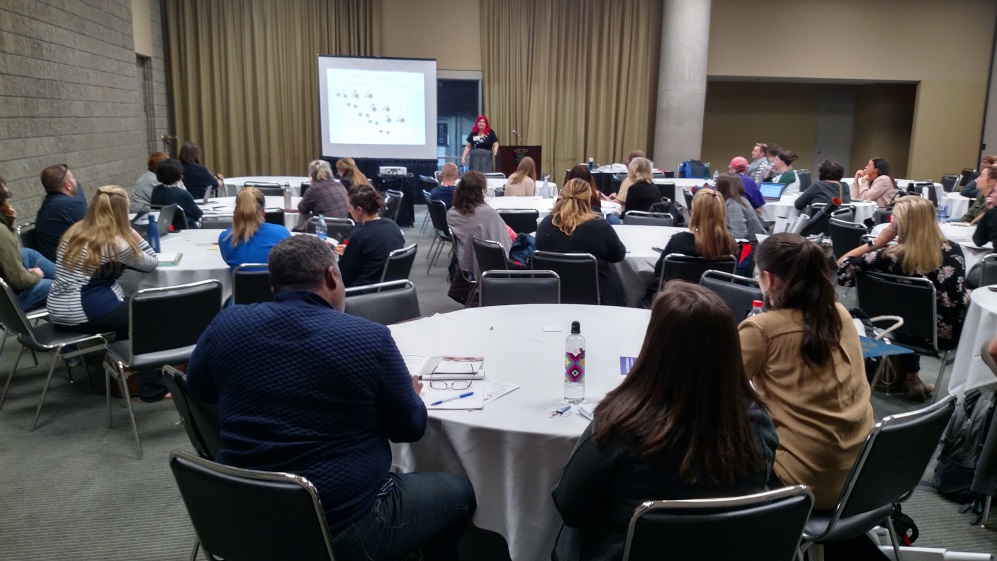 On Friday afternoon, Larry Lebofsky ran a workshop entitled: Citizen Science and Authentic Research Through the Mapping of the Moon. Using NASA images of the Earth and the Moon, educators used Comparative Planetology to investigate geologic processes to see how geological features vary from world to world and what that implies about the history of the Solar System. 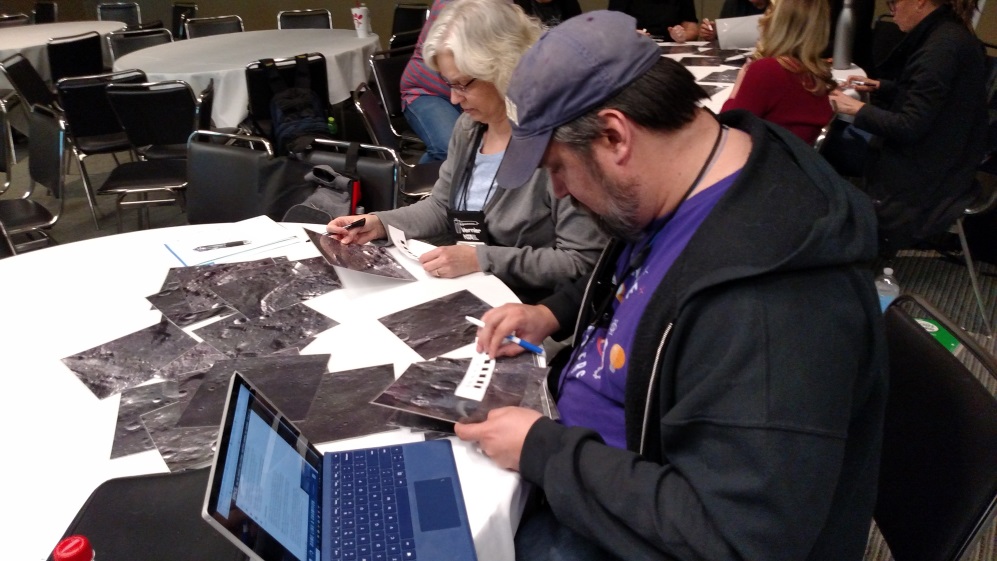 With the MoonMappers activity, teachers identify and measure craters on the the Moon’s surface before creating a mosaic of all of the images, enabling them to put their measurements into the context of the larger picture with Larry Lebofsky during the workshop Citizen Science and Authentic Research Through the Mapping of the Moon. Photo credit: Larry Lebofsky

Friday afternoon was also the Community Connections Share-a-thon. Brian Kruse and Theresa Summer from the Astronomical Society of the Pacific had a table which showcased CosmoQuest materials and other classroom resources.

Planetary Storytelling and Citizen Science Using Postcards from Space and Google Mercury
Educators investigated and mapped surface features on the Sun-scorched surface of Mercury and learned how they could contribute to NASA exploration as citizen scientists. 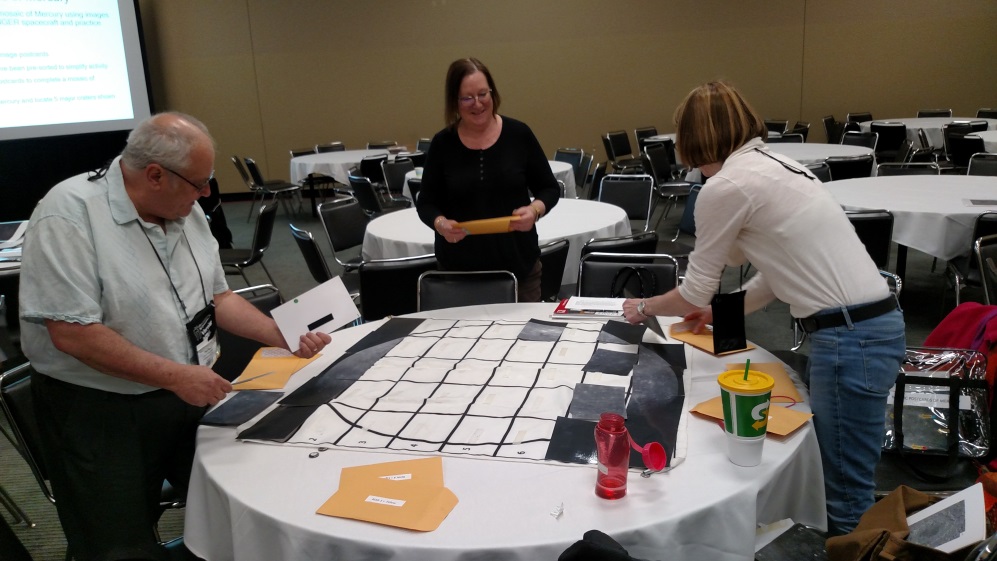 With the Mosaic Postcards from Mercury, teachers recreate a full-disk image of Mercury’s surface before comparing Mercury’s surface features to those of the Moon, using evidence to justify the observed similarities and differences. This was one of several activities led by Larry Lebofsky, Nancy Tashima, and Brian Kruse during Planetary Storytelling and Citizen Science Using Postcards from Space and Google Mercury.Photo credit: Larry Lebofsky

We are already looking forward to next year’s National Conference in St. Louis, which will be April 11–14, 2019, entitled “Champions for Science Education.” Meet me in St. Louis!

See all posts by tjsummer

My secret mission in life is to help people to understand that science is not just for crazed geniuses in lab coats, but is for everyone!