Multicolored Waters of the Bahamas

This is a guest post from Andrea Meado, Image Data Scientist, and part of our Johnson Space Center (JSC) Image Detective Science Team 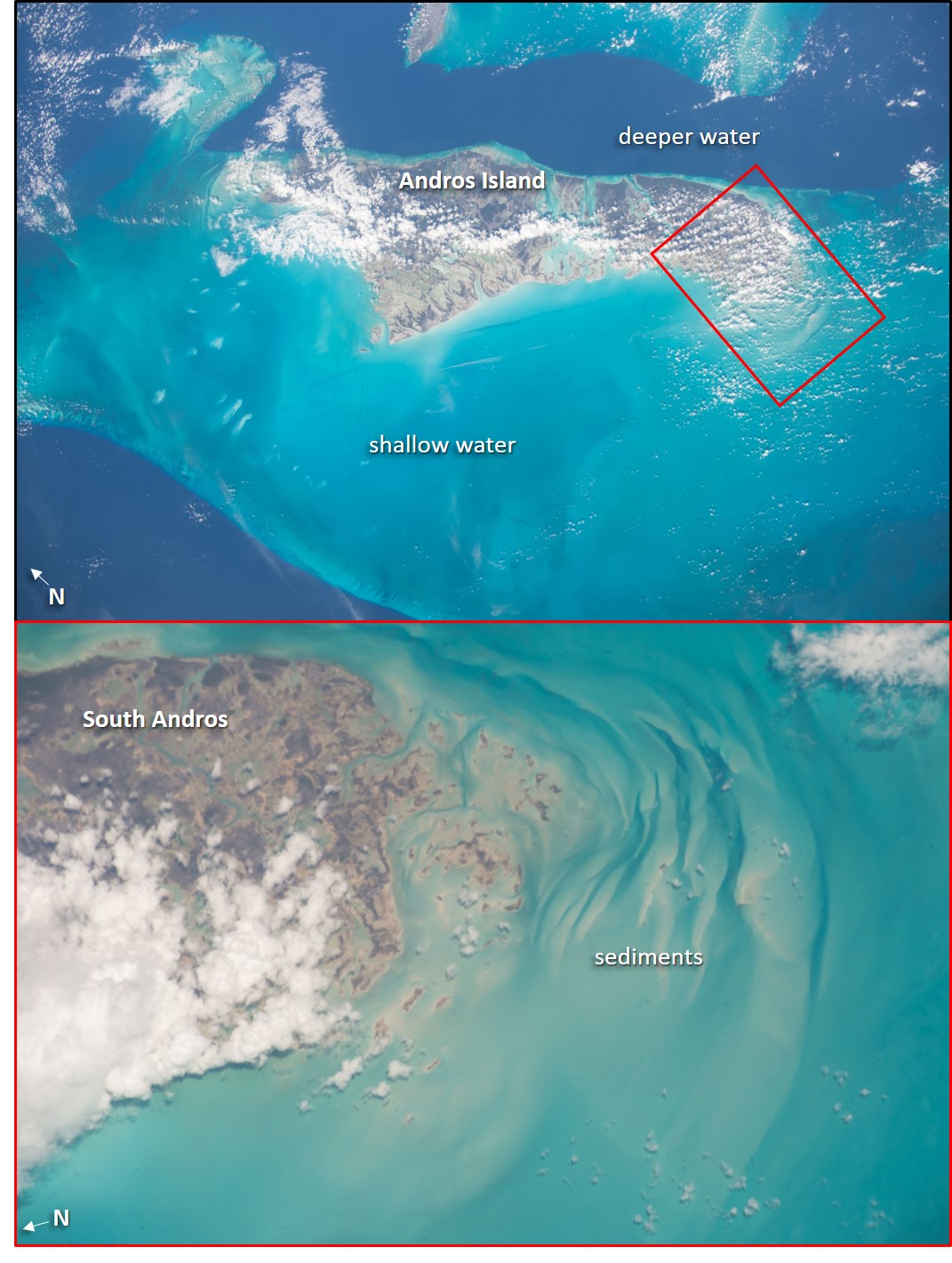 The astronaut photos above are of Andros Island in the Bahamas. The waters surrounding the island appear to be various shades of blue as seen from space. These color changes are due to variations in water depth and sediments suspended in the water. As seen in the top photo, there are stark color differences between shallow waters surrounding the island and deeper waters nearby. The shallow waters around Andros Island are 10s of meters deep, while the deeper waters can quickly drop to over 1000m deep.

Another reason for variable water colors here is due to sediments in the waters. These sediments are made of carbonate minerals and make up the islands in the Bahamas as well. Astronaut photos like these of the Bahamas and other islands around the world need exact center locations cataloged to enhance NASA’s Astronaut Photography of Earth collections. Using distinctive features such as dramatic water colors and island morphology can help Citizen Scientists using CosmoQuest’s Image Detective 2.0 tool find the center point location of astronaut photos.

Go to CosmoQuest’s Image Detective 2.0 to identify the center point of astronaut photographs such as the images above, and advance scientific research by enhancing NASA’s Astronaut Photography of Earth database!

See all posts by andreameado