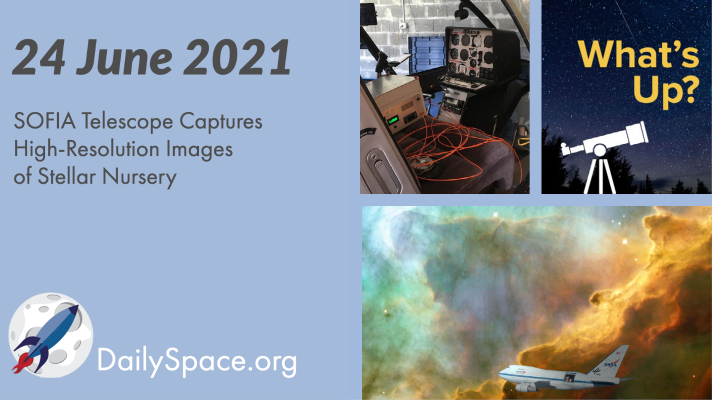 New high-resolution images captured by the SOFIA airborne telescope have given scientists the first clear view of a massive star-forming region here in the Milky Way, including an expanding bubble of gas. Plus, finding Earth-like exoplanets, detecting life on Earth, and this week’s What’s Up, featuring the Messier Catalogue. 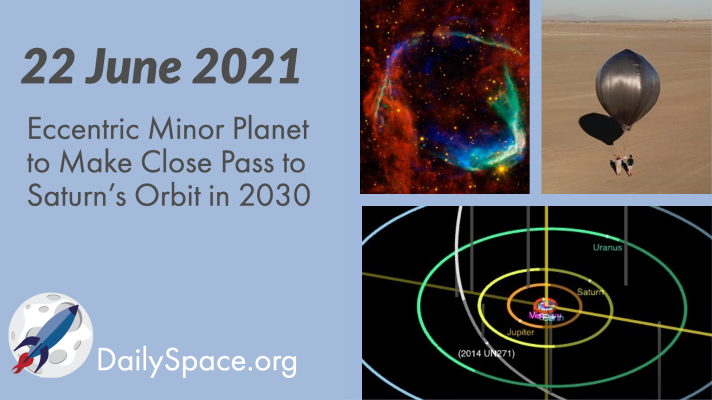 Minor planet 2014 UN271, discovered in data collected by the Dark Energy Survey, is set to make a close pass to Saturn’s orbit at the end of the decade, giving astronomers a chance to observe a rare trans-Neptunian object from up close…ish. Plus, Venus, Jupiter, the Milky Way, and an invisible galactic structure discovered quite by accident. 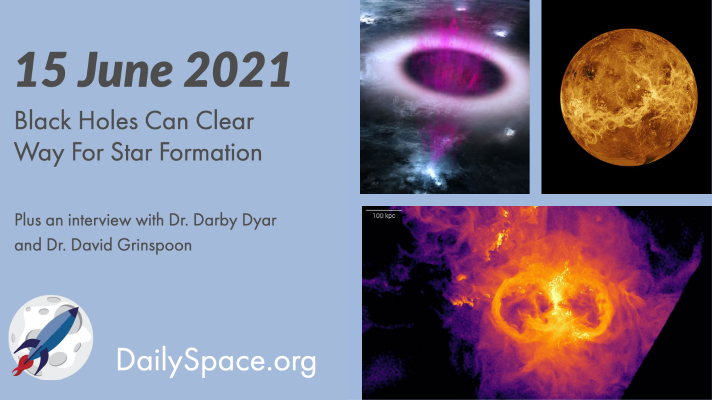 Contrary to the destructive role supermassive black holes are thought to play in the lives of stars, it turns out that certain types of galaxies benefit from black holes clearing the way and keeping star formation going. Plus, lightning at the edge of space, a landslide in the Himalayas, and an interview with Dr. Darby Dyar and Dr. David Grinspoon about the recent selection of three different Venus missions.

Get your daily dose of all that’s new in space and astronomy. The sky is not the limit, as we bring you a fast-paced roundup of launches, landings, and everyday discoveries. The Daily Space is brought to you by the team behind CosmoQuest at the Planetary Science Institute, and features hosts Dr. Pamela L. Gay, Beth Johnson, and Annie Wilson.