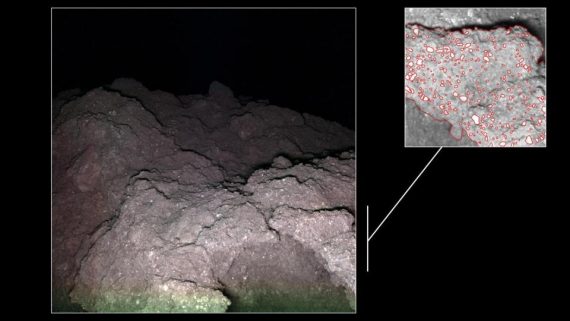 In today’s top story, we have news from a near Earth asteroid that isn’t Bennu.

In October 2018, the German Aerospace Center’s MASCOT lander descended from Hayabusa 2 to the surface of Ryugu, where it bounced around for 11 minutes, taking images at every turn and tumble. As it did so, it captured amazing images of the surface of this dark rock. In a press release yesterday, the mission team announced that these images have allowed them to see, and I quote, a detailed view of a fragile ‘rubble pile’ made up of two different, almost black, types of rock with little internal cohesion.” This lack of definite structure has consequences on how we think about Earth defense, and here, I mean defense against incoming space rocks.

Both Ryugu and Bennu appear to be loosely held together bundles of rubble, and asteroids like this tend can’t be pushed or shoved to change their orbits because they would just come apart instead of moving. Image trying to push on a leaf pile versus pushing on a car. The one is quite heavy but pushable… the other will just make a terrible mess everywhere if you try to push it.

In the case of Ryugu, we may actually be looking at the carnage left behind from the collision of two objects of two different materials, or the shattered remnant of a single object that got shattered and came back together with inner and outer materials of two different types of rock getting mixed together. This is exciting and hints at the possibility that we may eventually see similar news announcing Bennu is the rubble pile we’ve been accusing it of being.

The timing of these two different missions to two similar asteroids makes it possible for us to do even more interesting science, and I look forward to all the lessons we learn in the coming months and years. 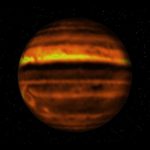 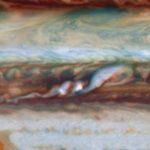 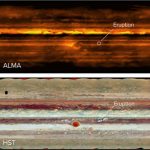 Sticking to stories in our own solar system, we’re now going to jump over to the planet Jupiter and its ever changing bands. In 2017 earthbound astronomers used the Hubble Space telescope, and ALMA radio observatory to study Jupiter. Amateur astronomer, Phil Miles had noticed plumes, such as the one shown here, own Jupiter in prior months, and with these new observations, they could see how.