The #DailySpace brings you the universe at 10am PST / 1pm EST / 5pm GMT on twitch.tv/CosmoQuestX. Today’s #spacenews includes many stories: 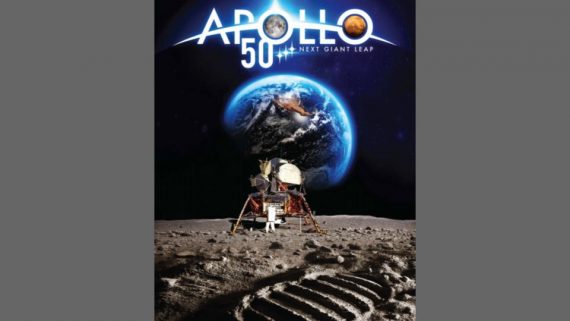 Just when I thought we were safe from the Apollo 50th anniversary celebration, I discovered there is a new NASA branding campaign that linking a non-existent Manned Mars Exploration program with the Apollo landing. I’m not sure why I find this so annoying… actually, no, I know exactly why I find this so annoying. First of all, you can’t take this photo. This camera angle, perspective, the size ratios… all of this is wrong, and that is just not cool for graphics that probably took a couple days effort and hours and hours of committee approval processes. This graphic, and all the related graphics, probably cost thousands of dollars to create, and on a Monday morning, it turns out I’m a curmudgeon about stuff like this. Over the years, all these promotional materials for programs that never got completed, add up to millions of dollars, and I sometimes wonder just how much more science we could do, less funding went into inspiring people to get excited about programs that will break their hearts and teach them never to trust NASA to do what it advertises.

Ok, that was bleak. It’s a Monday morning and raining however, so bleak may just be where we are going to start.

Also, I think I may just be burnt out on all the press releases determined to promote institutions by any means possible, by trying to tie something – anything – the the Apollo 50 hype. 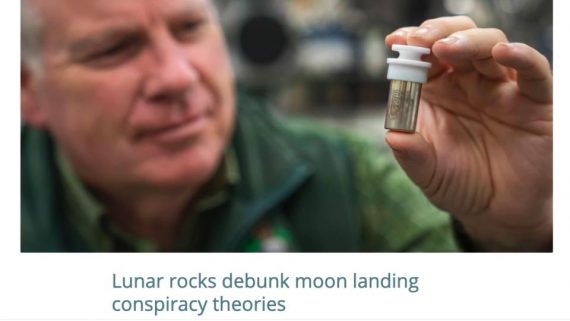 In what may be the oddest press release I’ve received, The Australian National University would like to announce that Lunar Rocks debunk moon landings, and they’d like to do this with a graphic of a man holding something that may or may not contain a moon rock, and is definately confusing.

Now, I’d like to start by saying, we went to the moon. Period. Done. It happened, and the future archeological sites of the various Apollo missions can be seen by orbiters run by Nations that would love to prove we never went. There is other evidence too, but I’m going to stop there.

What does not actually debunk the moon landing is moon rocks. 1st of all, the Russians brought back rocks with robots, and I don’t think anyone has argued the Russian landings were a hoax. Second, the earth has lots of naturally occurring moon rocks that have been rained down on us as meteorites. Third, creating artificial moon rocks is a thing scientists do so we can study the effects of Moon dust without using Moon Dust.

Alright – on the better things. 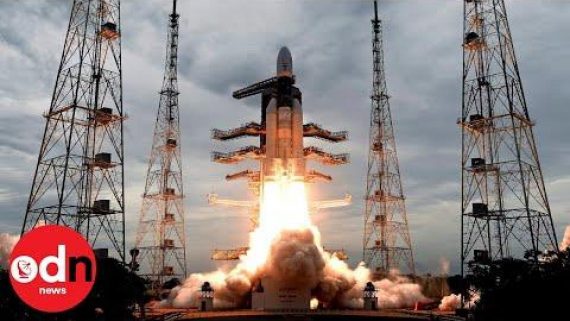 While people last explored the moon before I was born, robots are actively exploring it today. The newest mechanical scientist is Chandrayaan-2. This is India’s second mission lunar mission, and it includes an orbiter, lander (Vikram) and rover (Pragyan). Annie will be doing a larger update on Wednesday, but for now I just want to say, I’m looking forward to seeing what this nation accomplishes as it explores the Moon’s south pole. If it is successful, it will be the 4th nation to soft land on the Moon, and the 1st to explore a polar region. 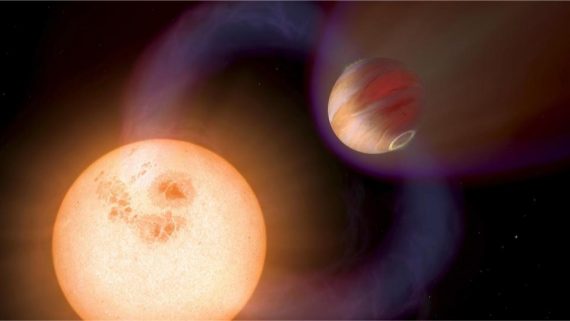 Ok, finally, we have some out of this solar system news that does not involve our moon or any other moon.

Planetary scientists from the University of Colorado and Arizona State University, and led by Wilson Cauley, and taken a stab at calculating the magnetic fields of hot jupiters orbiting near their host stars. This isn’t purely theoretical work either; they are carefully studying the traces of magnetic field interactions between host stars and exoplanets. According to Cauley, “We combined measurements of increased stellar emission from the magnetic star-planet interactions together with physics theory to calculate the magnetic field strengths for four hot Jupiters.” This team is finding that hot jupiters, which orbit so close to their stars that they are within the stellar magnetic field, seem to have magnetic fields that are 5 to 30 times stronger than Jupiter’s magnetic field! This kind of a magnetic field doesn’t match our models for magnetic fields like Earth’s, where the field is generated by planetary rotation, and have strengths that decrease as a world cools with age. Instead, these super heated-worlds have super strong fields because they are being heated by their host stars. While beyond what we can currently observe, this dynamic reminds me of the interactions between Io and Jupiter, and makes me wonder just what a super-Earth snuggled next to a sun might be like. 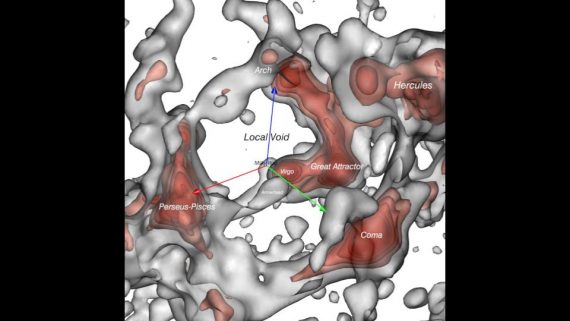 In other news, science would like to remind you that we exist at the edge of a void. Unlike many voids in life, this one won’t cause any existential crisis, but it will cause weird corrections in our models for the expansion of the universe. As we look around our nearby corner of the universe, we see our own galaxy and our Local Group of galaxies falling into the Virgo Cluster, which intern seems to be falling toward the Great Attractor. In the other direction… we see nothing… at least for a pretty great distance. This local void isn’t unusual. Space is a lacy froth of walls and voids that are knotted with clusters of galaxies.

In a new study, Brent Tully and his team have mapped out 18,000 galaxies around the void, and used their velocities to understand how the lack of pull from the local void effects motions. This kind of indirect assessment of the lack of mass in the local void is necessary because the local void is located on the other side of our galaxy’s center, and can’t be easily observed directly. This study, in combination with a 2014 study of galaxies flowing toward the also obscured Great Attractor, help us understand our motion through space. The lack of pull from the void leaves systems unbalanced, and pulled toward other masses, causing the void to expand over time. The combination of the void expansion, and the pull of the great attractor combine to account for roughly 300km/s of our galaxy’s motion relative to the surrounding universe. 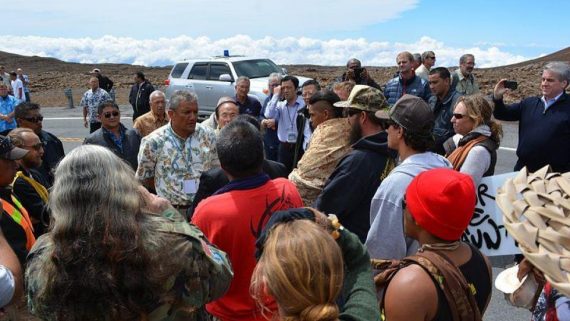 This morning I had to think twice about covering a story from the Institute for Astrophysics at the University of Hawaii. This is because, like many people, I don’t think we need to promote the work of people who do harm to others. The “Oh, but their ‘career’!”  excuse isn’t a good enough reason to not punish people for their mistreatment of others, and the University of Hawaii has over and over mistreated the indigenous peoples of Hawaii.

As I’ve brought up before, Mauna Kea is leased from Hawaii Department of Natural Resources and administered by the university. Several years ago this site was selected from among competing locations as the potentially future home of a massive 30 m telescope. Well, the locals don’t want it, and this morning the ACLU is reporting that local police have brought out a sound cannon to potentially use against the protesters.

This story pisses me off on every possible level. Delays and legal cases eat into science funds. Protests make people not feel good about astronomy. All of this works to make folks not want to be scientists. That is all. I’m done. On many levels I’m done.