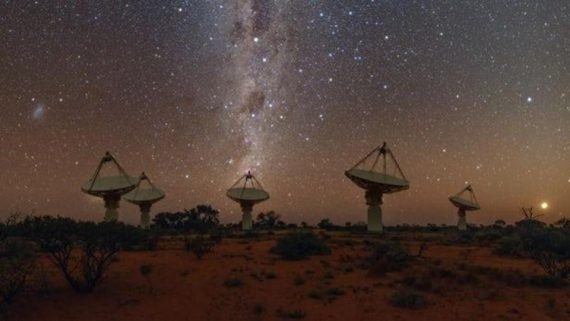 Somethings in astronomy are super hard to figure out because they are so alien to what we’re used to – things like dark matter that don’t interact with light, and gravitational waves that compress space as the move.

Other things in astronomy are super hard to figure out because they are rare and fleeting. This is the case for a class of objects called fast radio bursts. Sometimes lasting only a fraction of a second, these objects are bright in the radio and coming from an as yet to be determined kind of source.

Now, using a combination of the 36-antennae ASKAP array in Australia and Gemini South, Keck and the Very Large Telescope, astronomers have been able to pinpoint at least the galaxy of origins for one of these pulses.

Reported in the journal Science, an Australian led team showcases how their array – a precursor to the Square Kilometer Array, was able to pinpoint the source of the burst to just 0.1 arcsecond in the sky. This positioning, when used to search optical light images, allowed them to figure out the source was in the outskirts of a galaxy 4 billion light years away. This still doesn’t tell us precisely what the causes these objects but this is a start, and it shows that these new arrays of radio dishes have the capacity to write the end of this story. 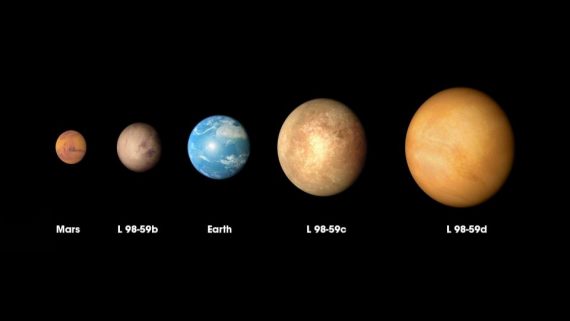 In other out of this world news, NASA’s TESS mission has now been looking for planets for roughly a year, and the fruits, or rather planets, of its labors are starting to come to market.

Yesterday, NASA announced that TESS has hit a personal record in the small planets department. This world, named L 98-59b, is between the sizes of the Earth and Mars, and orbits a nearby cool M-dwarf star. It is about 80% the size of Earth. Life is highly unlikely on this world. It orbits its star close in every 2.25 days, and receives more than 20 times the energy Earth gets from our Sun.

Missions like this are slowly allowing us to get a complete picture of what solar systems beyond on our own look like, and it turns out, anything goes in the wild universe we live in. 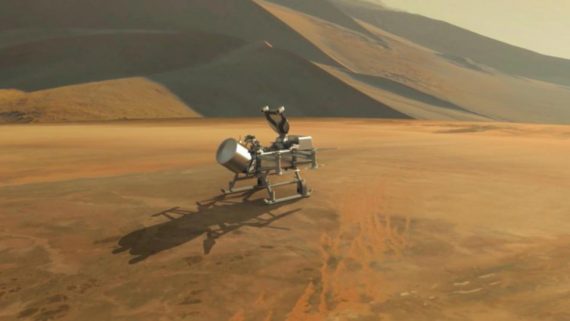 And finally we have a story of science to come. Yesterday NASA announced selection of its newest Discovery mission: Dragonfly. This massive quadcopter on skis is slated to launch in 2026 and arrive at Titan in 2034.

The mission team has preselected dozens of potential landing sites on Titan using Cassini data, and using its onboard labs, the team plans to fly the mission roughly 5 miles or 8 km, stopping periodically to do science. This copter is slated to explore for 2.7 years. 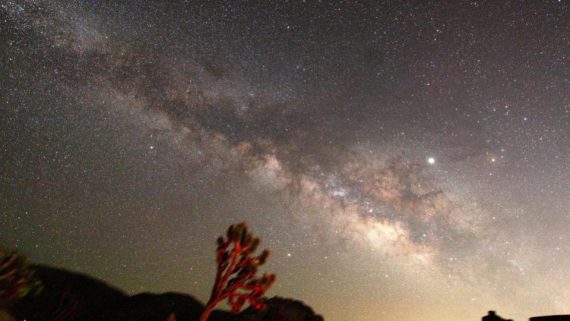 And finally I just have a couple things to show off. This is an image (above) that Gordon Dewis took of the milky way from Joshua Tree National Park, 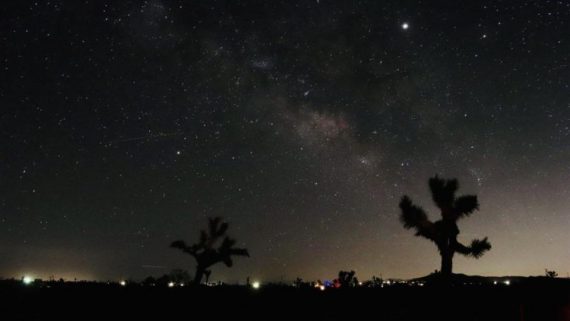 And this is my own image from last night.