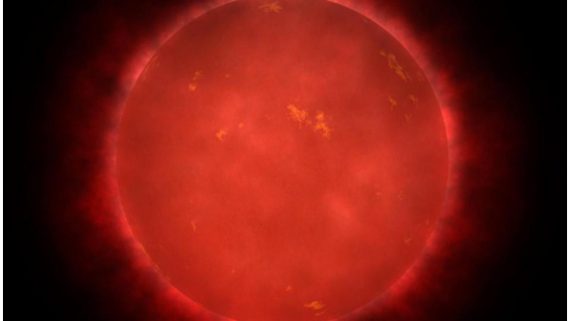 The say the good die young, and by they, I mean Billy Joel.

In astronomy, we don’t necessarily have that kind of value judgement, but we can generally say the big die young for the simple reason that the most massive stars also have the biggest nuclear engines, and they burn through their fuel – that is to say, they burn through themselves, faster than the smaller, eco-friendly dwarf stars.

The basic fact of size versus life expectancy left astronomers puzzled when they kept finding massive, still living, red giant stars in clusters that were otherwise quite old and devoid of large stars.

Now, in a press release from the Max-Planck Institute for Solar System Research, one long held theory has been confirmed. These stragglers are the result of stellar merges. By studying their ratios of carbon, nitrogen, oxygen and other gases, found that they formed 10 billion years ago with compositions typical of tiny stars, and that means they formed as two stars that decided to become one.

Now for stars, this isn’t exactly a romantic process, but it is an energetic one that puffed out these giants in the sky. These stars tell us, while stellar collisions are rare, they aren’t impossible. 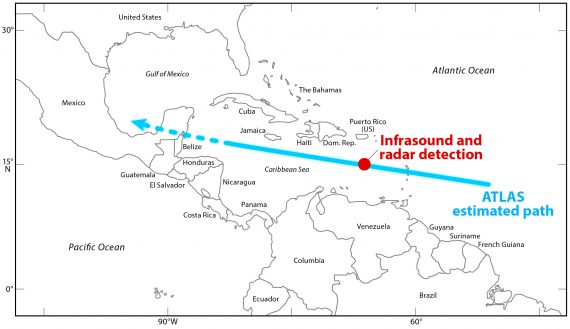 Speaking of the impossible

Over the weekend I say a bunch of tweets and discords referencing an asteroid that had been detected and was on its way to impact the earth. I was otherwise occupied, so let it pass in my feeds, but that rock did not pass in the skies. As predicted it seems to have come in for a hit.

Astronomers from the University of Hawaii have demonstrated that the ATLAS and PanSTARRS survey telescopes have the capacity to detect rocks as small as 4-meters and accurately predict where those rocks might hit. Over the weekend these two telescopes captured images on 2019 MO when it was 500,000 km from Earth. Once the data was put together, it became clear the rock might be incoming. With added infrasound detection, this rock was labeled as likely to hit.

And it did. According to the press release from the Institute for Astronomy at the University of Hawaii “The Nexrad weather radar in San Juan, Puerto Rico also detected 2019 MO as it burnt up in the atmosphere, and pinpointed the entry location over the ocean, about 380 km south of San Juan, closely corresponding to the infrasound location.” 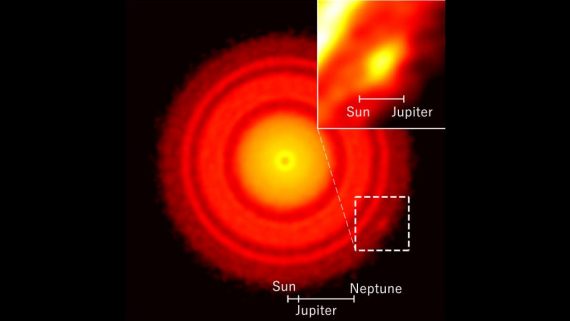 Continuing our theme of astronomers detecting the remarkable, we have a new image from ALMA.

Shown here is a mm wavelength image of TW Hydrae, a young star located about 194 lightyears away from Earth.

You may have heard of this system before. TW Hydrae may be the closest star that is still forming planets, and as such, it has previously been studied. In those earlier low resolution images, concentric rings revealed the likelihood of planets forming.

Now, in more sensitive images, a concentration of light points to a place where a large planet is forming.

But the image otherwise really doesn’t match with expectations. And it isn’t symmetric, and it appears to be alone. Neither of these factors make sense.

Which just goes to show once again, that if anyone says the know how planets form in detail, they are probably wrong. The real universe is proving far weirder than ever expected. 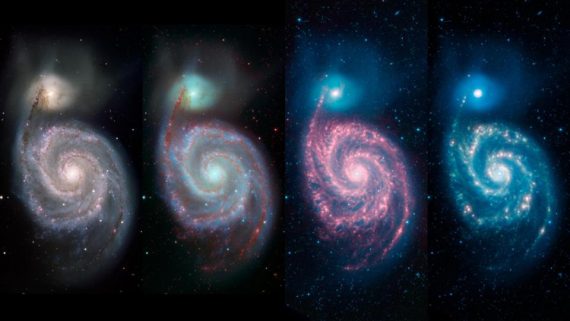 And in our final story of the day, I just have pretty pictures.

This is the time of year when M51, the whirlpool galaxy, is hanging out waiting to be imaged, in the northern hemispheres sky.

In this “Warhol Style” line up we can compare the system in different colors of light.

The left-most image is a visible light color image from Kitt Peak national observatory. The next image combines Kitt Peak and Spitzer data, and the right two images are both Spitzer data, in micron wavelengths of light. Beyond being pretty pictures, this series lets us see how different kinds of dust, gas, and stars are only apparent in some colors of the spectrum. To really understand our universe, we need to see all the colors of the rainbow and beyond the rainbow.