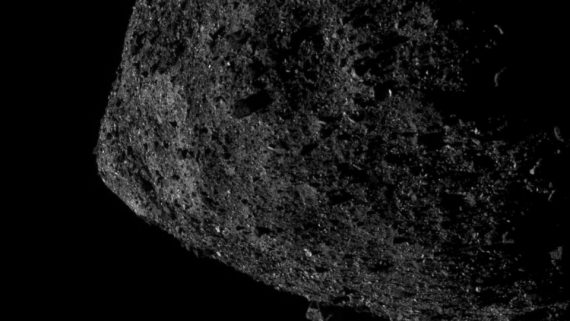 In our continuing news on Bennu, we are pleased to announce the mission has made it into a circular orbit just 680 m above the surface of this little asteroid. To put that in perspective, the typical jet flies about twice that altitude above the Earth! This orbit allows a new, higher resolution survey, the views from which will be used to start finalizing soil sampling sites. With the ability to resolve features just a foot in size, there will be more data acquired than can be quickly viewed. Priorities will be given to the places, that look good in the lower resolution images we already have, and if you want to help find those good looking spots, help us out at Bennu.cosmoquest.org 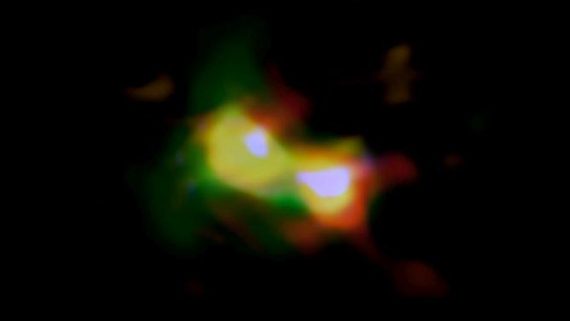 Jumping from the nearby solar system to the farthest out galaxies, we bring you a new image of galaxies merging 13 Billion years ago in the early days of our universe.

This system, B14-65666 was seen in HST images and followed up on using the Atacama Large Millimeter array. Able to achieve the highest single-facility resolutions, this radio image provides amazing detail on what appears to be 2 merging galaxies that are producing starts 100 times more actively than our own Milky Way galaxy. This work is led by Japanese researcher Takuya Hashimoto, and highlights how violent and rapidly evolving galaxies were in the early universe. Remarkably, they were able to find signals corresponding to Oxygen, Carbon and dust! Next up on their search list is Nitrogen. 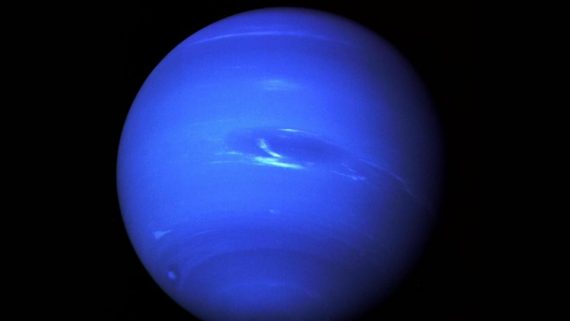 And finally, since it’s a slow news day, we want to highlight an opinion piece in the magazine Wired. In this work by Daniel Oberhaus, it’s argued that as we look toward the future, we need to make space for new missions to Neptune.

Voyager 2 made its historic visit on August 25, 1989 and in the past 30 years, the data from that mission and continued observations with the Hubble Space Telescope have allowed us to see that this Ice Giant is a dynamic system with amazing weather that once included a great dark spot, and even active geysers on its moon Triton, which is thought to be a captured Kuiper belt object. Did you know, Triton is bigger than both Pluto and Eris, and may once have been the biggest thing in the Kuiper Belt

The issues with getting two Neptune are two fold. First, you need the patience to get there, and then you need the energy to slow down and get into orbit. In our current, speed focused, cost limit era, I’m not sure if we’ll see this kind of a mission happen, but this piece is worth a read.