CQ Science – Post 8: Angle of Illumination and Seeing the Lay of the Land

As you know from having searched for impact craters on images here at CosmoQuest, some craters are are easier to spot and measure than others. One of the things that makes a crater easier to identify is a prominent shadow cast from the rim. Such shadows are created when the source of illumination (the sun) is nearer the horizon. Scientists would say that’s a “high angle of incidence.” Let’s explore what that means in this post, and then we’ll talk about the importance of “incidence angle” for crater identification in the next post in this series.

(But if you’d like a head start understanding about “angle of illumination” and the optical illusions it can cause, then check out some sites here at CQ! First is to revisit the Moon Mappers tutorial section on lighting effects, and the second is to check out a post about “Illumination and Optical Illusions.”) 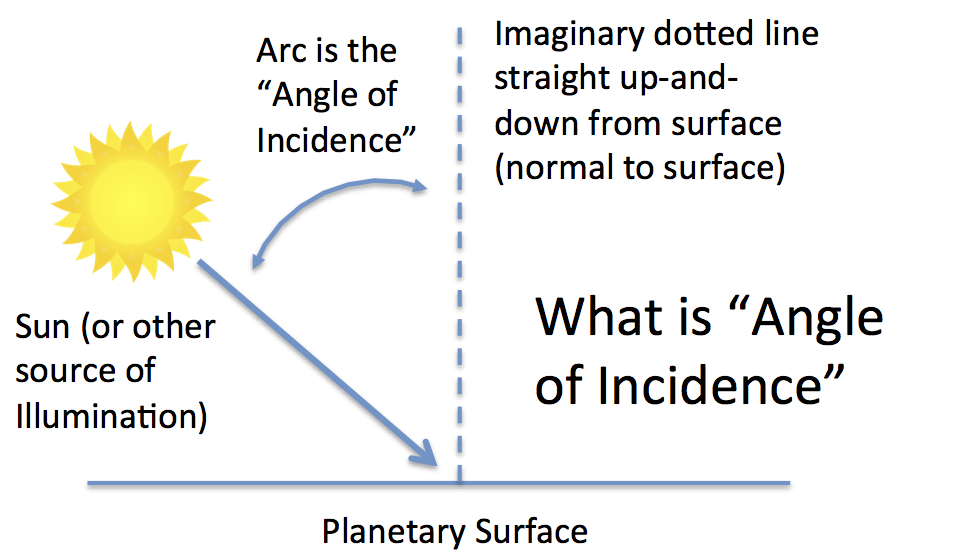 For us to even see a crater in a visible light image there has to be some source of illumination – something lighting up the ground. This is usually the Sun. As we know from our everyday lives, the rotation of the Earth means sometimes (from our personal perspective) the Sun is directly overhead, and sometimes it is on the horizon, rising or setting. Note of course that the same time it is noon for us, somewhere else in the world it is sunset. 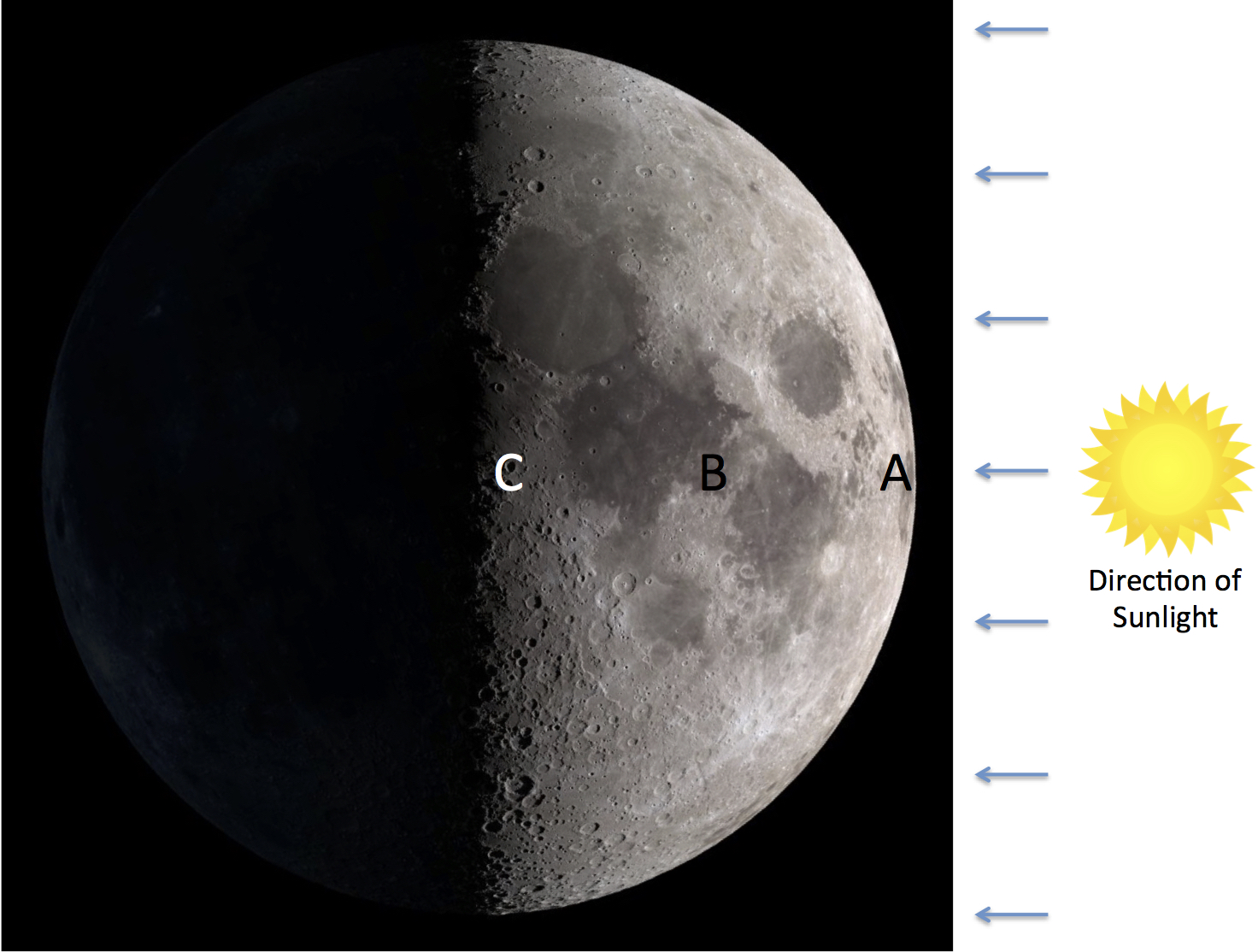 A first quarter moon as imagined from Earth. The sun is off to the right in this image. Note that the sun shown here is FAR smaller than the real sun, and this image is just here for context. Credit for quarter Moon image: NASA Scientific Visualization Studio

You, and scientists, can’t always choose the perfect illumination angle. Sometimes one image of an area is all we have, and we have to do a variety of studies on it regardless. Sometimes scientists can do corrections for this effect, and sometimes not. Then it becomes even more important to be alert for any observational bias you might have based on where the sun is in the sky. So why is this important for craters? We’ll look more closely at that in the next post in this series. Until then, check out those other CQ links, and you’ll be on your way!

← Carnival of Space #542 #AAS-1: Making the public your students and collaborators →