As promised, here is our second mystery concerning craters and incidence angle. This is an image of a region of the Moon south of Copernicus crater. Take a good look. Something isn’t quite right … 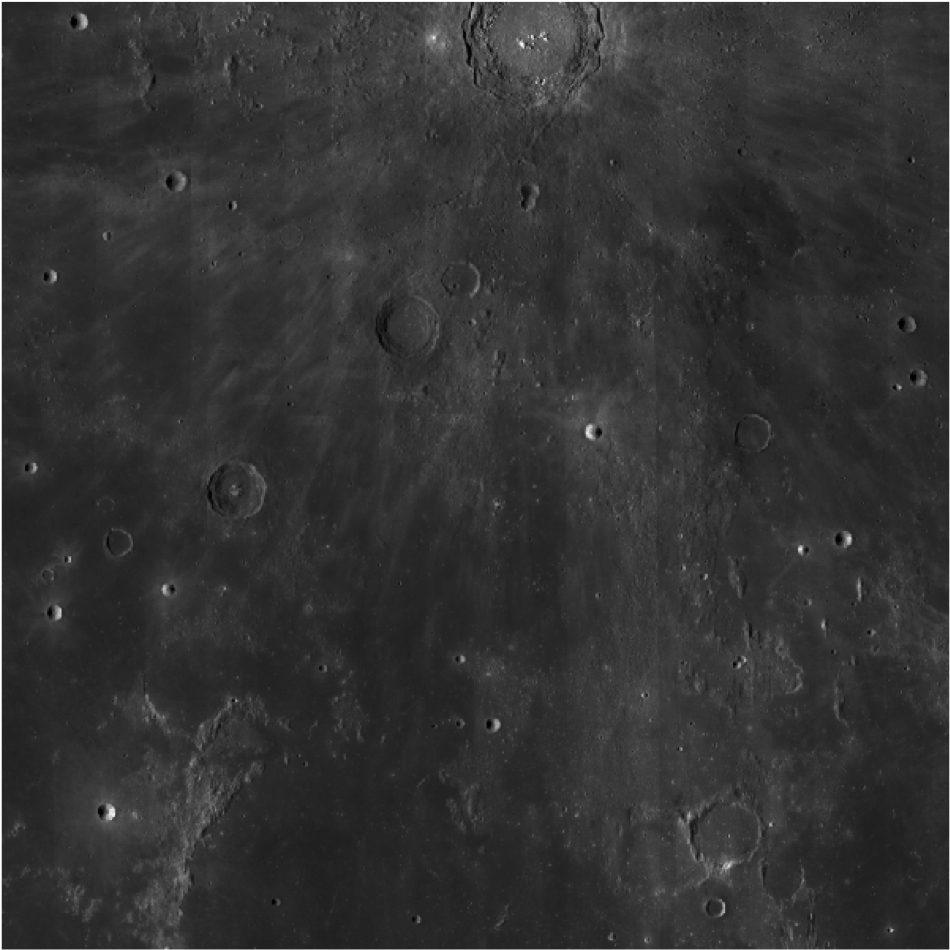 LRO image mosaic of part of the Moon from NASA/LROC. (Downloaded from the site two years ago.)

Can you see what is off? If yes, you’ve probably spent a lot of time looking at images here at CQ! If you don’t see something strange, look below for a hint – some of the impact craters now have boxes around them. 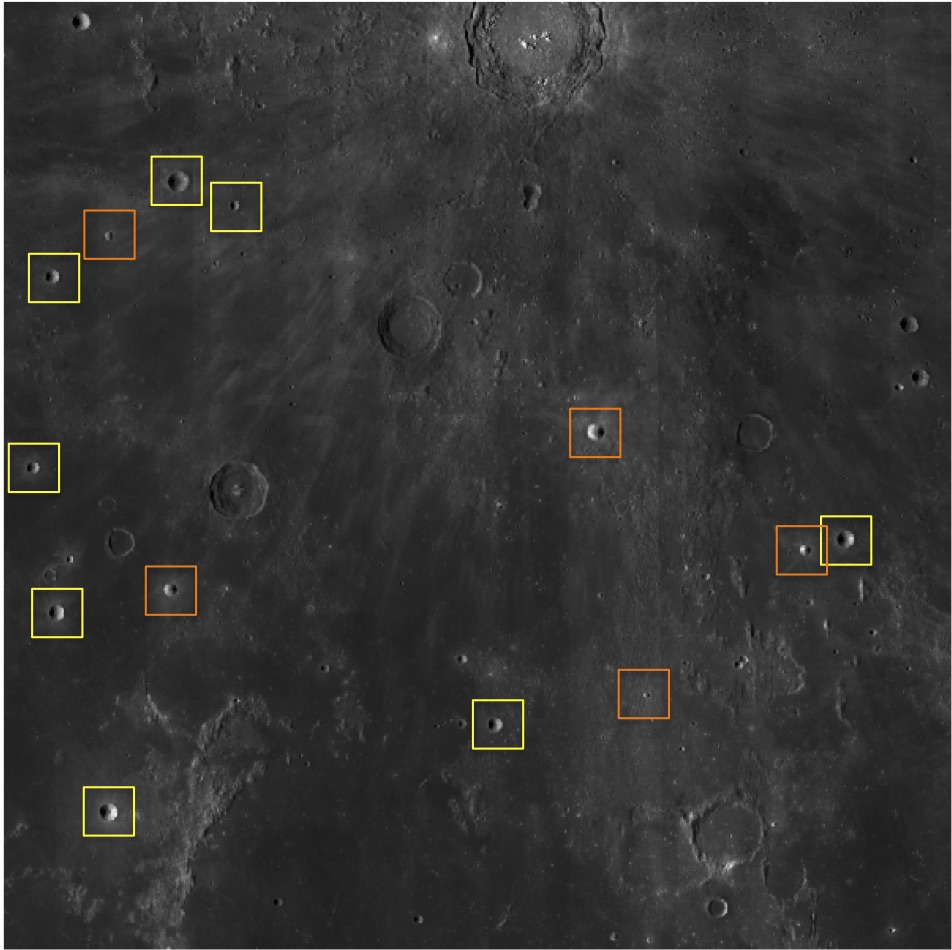 LRO image mosaic of part of the Moon from NASA/LROC. Boxes J.A. Grier.

Again (as with our last mystery from the previous post in this series), the answer comes from how images like this are created. We have to set aside our usual assumptions. This isn’t a single picture taken with one shot from a camera. This is a sequence of images that were tied together to form a “mosaic” image.

But what caused this strange issue with incidence angle?

Spacecraft missions do not return perfect mosaics or maps from the very first images taken. Sometimes mosaics are put together from what is on hand, and then improved as time goes on and more data is sent back. As it turns out, this particular part of the Moon suffered from a lot of ‘safe mode’ data dropouts. To create this lunar map early in the mission, scientists had to compile images with multiple illumination angles to fill in all the gaps. As the mission progressed in its lifetime – circling the Moon and taking more and more images – better maps and mosaics were made. LRO image mosaic of part of the Moon from NASA/LROC.

If you go to the site now, you’ll find that there’s an excellent mosaic of this area (above), with all the craters illuminated from the same direction. Mystery solved! Our lesson as professional crater counters is that we have to be vigilant and detail oriented – we need to know how our images were created, the image scale, and the illumination angle. Then counting can begin!