When a Null Result is a Result

When answering a specific research question in science, it is nice to see results, especially results that match your expectations. The nature of science, however, insists that we take all results into account, even the very boring null result, zero, no result at all. It’s tough enough to get working scientists to report on those unsatisfying zeroes, though more open access journals and data sharing sites such as Figshare are encouraging just that. As more and more citizen scientists are brought into the research world, it is important to get their null or zero results recorded as well. 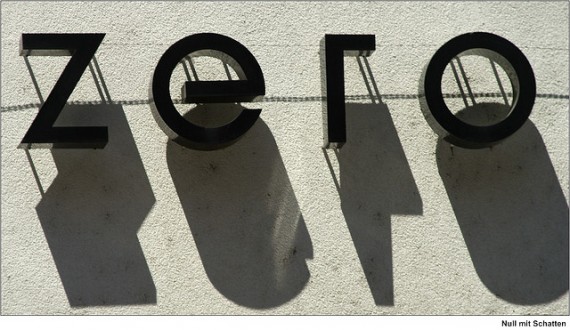 This was a recent discussion on a citizen science email list which became a blog post at OceanSpaces. Many citizen science projects involve counting some natural phenomenon. In our case, you mark and measure craters and surface features. There can be a case where you come across an image with absolutely zero craters on it! It’s rare, but it happens. The interface is set up such that the easiest thing to do is click “Done Working” once again to get a new image. But I wonder what most people would think if they come across an actually featureless piece of planetary real estate and if that causes a moment of confusion. (It did for me.)

So, the CosmoQuest interface has that built in, since you need to click “Done Working” to move on to the next image once you’ve decided that the piece of land is truly featureless. (Or maybe you’ve marked “Bad image” or “unusual features” or something like that to be looked at later.) Other citizen science projects involve leaving the computer and going out into the natural world to count butterflies or beetles or even koala. The discussion was rather productive and showed a variety of ways of dealing with this issue. Often a form is used, and including a “None” or “Zero” option for a particular category is helpful. That determines whether a participant did not see or detect a particular animal or event or if they just skipped the question. Turns out that “None of the above” option that is so frustrating on multiple choice tests is useful in this situation!

Others in the discussion pointed out that in order to truly value a null results, citizen scientists needs to be fully engaged in the process of the project. That is, they are not just collecting data for the sake of data, but understanding a little about the scientific process as a whole and how the data will ultimately be used, whether it be conservation or variable star studies. That’s something we certainly strive for here at CosmoQuest, as we share the results of your crater mapping through blogs and Hangouts. Plus, you are encouraged to discuss any “weird” or questionable images in the Forum!

The study of motivations of citizen scientists is a hot topic right now, and we thank all of you that have participated in our surveys or interviews about the topic. We’re not just a community doing and learning about astronomy, but we’re exploring the boundaries of science education and the nature of research itself. Part of that means realizing that a big, fat zero can still be a useful observation! After all, no craters on a patch of Moon that is otherwise littered with them is telling, and no koala seen in your backyard might tell you something about a change in population. A zero result doesn’t necessarily mean you have zero data, so go out on a limb and record those zeroes!