The MESSENGER spacecraft is making its closest approach to the surface of the planet Mercury right now, just 199 km (123.7 miles) above the surface. It has also reached a new milestone, a full 3,000 orbits of the planet. 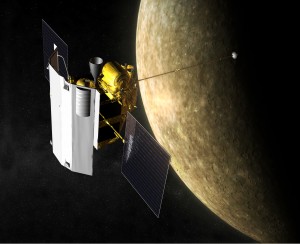 Before the spacecraft arrived in 2011, we had only imaged half of Mercury’s surface during a flyby mission by Mariner 10 in 1974. Now, we have millions of images and gigabytes of data products spanning the entire surface of Mercury.

What we don’t have yet is a global crater database for the planet. That is what YOU are helping us to do with Mercury Mappers. We know from studies of the Moon and Mars that we can count craters in different regions to reveal the ages of surfaces and figure out when certain geological features formed. However, that is tricky for Mercury which is covered not only in primary craters, but secondary craters. These secondary craters don’t form from an object impacting the surface directly. Instead, these are formed in the debris created by such a primary impact. Mercury has a lot more secondary craters because, as it is so close to the Sun, potential planet-smashing meteoroids and asteroids are moving very, very quickly. The more energetic impacts cause more secondary craters. That throws a monkey wrench in the crater dating method. 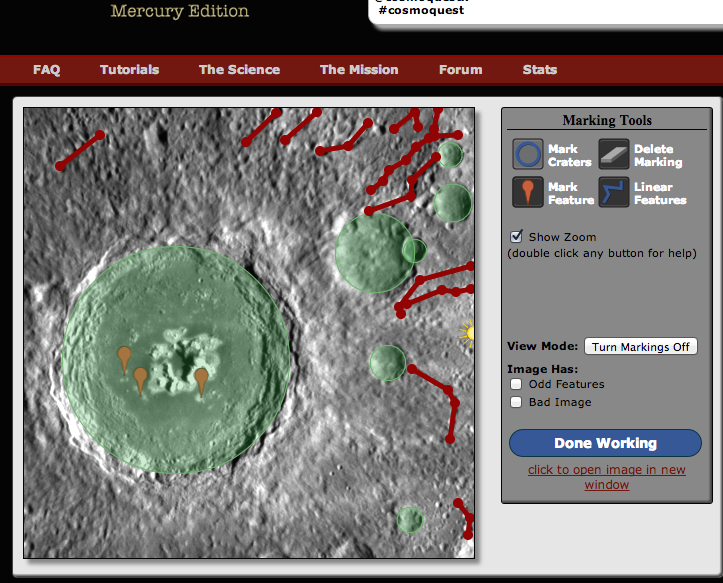 So go on over to PlanetMappers: Mercury Edition and try mapping some craters for yourself. Look carefully for linear features like crater chains, as those are likely to be secondary craters that really need to be identified.

Meanwhile, the MESSENGER spacecraft moves closer to the surface, and it can get more accurate topography measurements with its laser altimeter and probe a whole new part of the planet’s magnetic field. It will also be able to probe the composition of Mercury’s surface on much smaller scales. The last year of MESSENGER’s mission will surely provide some exciting results with this up close look. We’re glad to have you along for the ride!