Crack in the Universe

When you’re mapping the Universe, you never know what you’ll find. A little while back, I was surveying some Vesta images in Asteroid Mappers to work on the video tutorials. And I saw this… 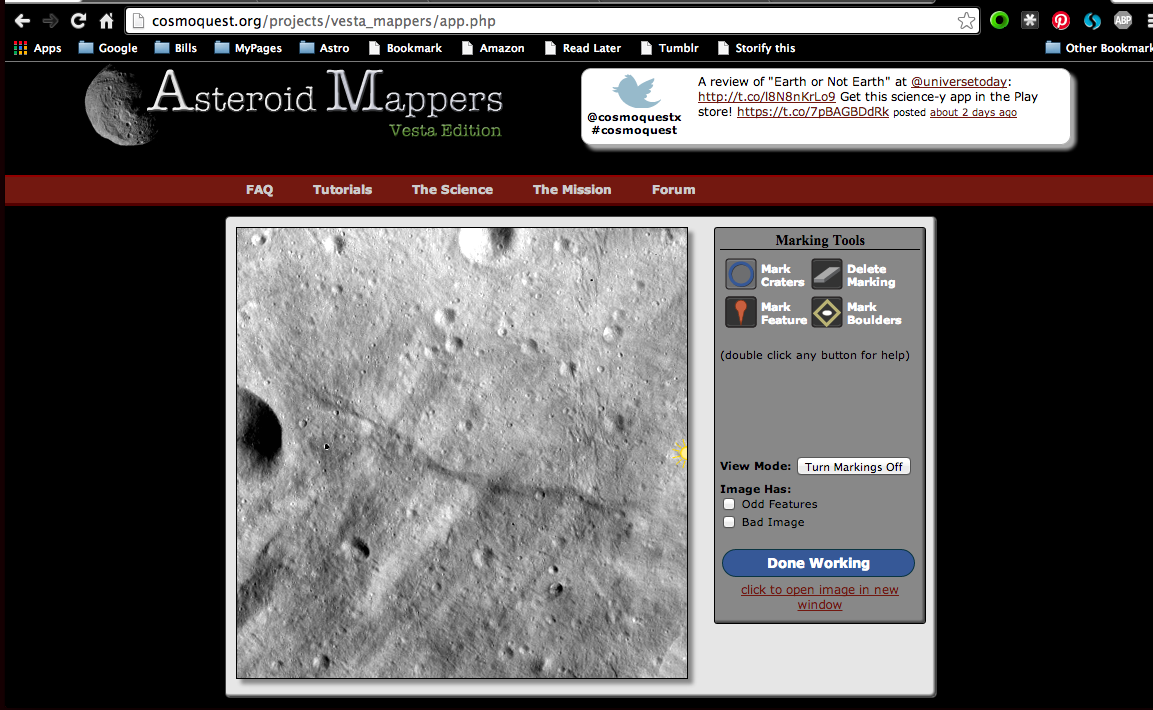 This fairly standard image might not mean much to you, unless you, like me, love Doctor Who. Because then, in your mind, you might be seeing this: 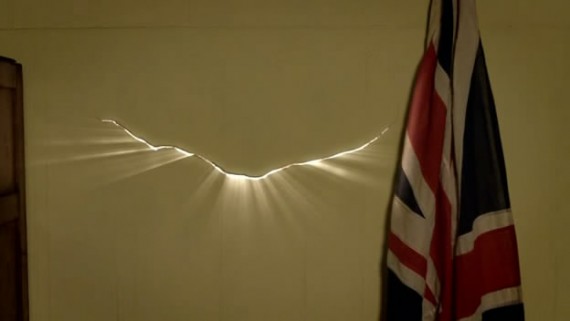 A crack in the skin of the Universe. Don’t expect me to explain; it’s all very timey-wimey (and has spoilers). However, this pattern, this crack, shows up again and again in series 5 of the new Doctor Who, a long-running British sci-fi/fantasy television series rebooted in 2005. This crack signals death, danger, mystery, and not very good things, overall. So, anytime I see something vaguely resembling that, I think back to the Doctor.

However, a ridge on Vesta is an interesting geologic feature and I’d mark it as such, if not Universe-ending. Such a pattern, a crack that almost looks like a grin, appears to be a pretty common feature in cakes, ceilings, and even elsewhere in the galaxy. Is there a conspiracy of Whovians, a Universe unravelling around us, or just the pattern-matching part of our brains gone amuck? It is most likely the latter.

This is another form of pareidolia, the interpretation of some random stimulus as something more significant. It is rather strong for faces, human and animal, since the ability to detect animals (prey or predator) and scrutinize each others expressions have been particularly important for our individual and species survival. Seeing a bunny rabbit in the clouds or a skull in a rose. So, if I find something else to be significant, say, my mild obsession with a certain British TV show, I just might see the crack in the Universe everywhere I look.

This excellence in finding patterns can create false positives, but it is very useful for classifying, say, surface features on planetary bodies. Your brain and eye combination still does a better job at finding and measuring craters and other surface features on the Moon, Vesta, and Mercury. You can see it for yourself when you open Man vs. Machine for Moon Mappers. Here, we ask you to fix the work done by an automated computer process. Check out the tutorial for an example.

Moon, Vesta, and Mercury all need your expert eyes and brains to map the surfaces of these worlds. Who knows what interesting surprises you’ll find along the way?