Help map out the safe places for a spacecraft to land and the scientifically interesting places to explore with Moon Mappers. This project asks you to map out craters on the moon in images of such high resolution that sun bathing basketball players could easily been seen on the Moon’s surface. 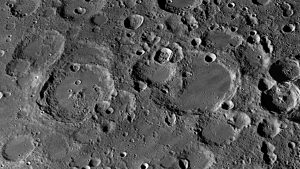 Mars is a weird little world riddled with sand dunes, noes, and a myriad of other features that you can map out in Moon Mappers. Help scientists determine the youngest areas to look for life, and determine just when the volcanoes on Mars were last active.

Full-planet photographic coverage of Mercury from MESSENGER reveals that one of the basic assumptions of impact cratering is broken on that planet: Secondary craters – craters formed when blocks of ejecta from an extraplanetary impactor are launched and create their own craters – dominate crater counts at diameters as large as 10 km. This makes understanding everything on Mercury a little bit harder. By mapping craters across Mercury, we can better the role secondary craters play in shaping this world.