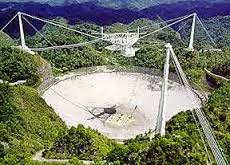 October 23rd: A History of Modern Astronomy in Thailand, Part 2

Date: October 23, 2009 Title: A History of Modern Astronomy in Thailand Part 2 Podcaster: Visanu Euarchukiati Link: http://www.khaikhan.in.th Description: Part 2 gives an account of Thailand’s astronomy from the 20th Century to the present. Although initial achievements before 1900 were few and far between, the pace has picked up considerably. Public awareness is at […]

September 6th: Eyes Above: The Emotions of a Scientific Discovery

Date: September 6, 2009 Title: Eyes Above: The Emotions of a Scientific Discovery Podcaster: Mario Damasso Organization: Astronomical Observatory of the Autonomous Region of the Aosta Valley (OAVdA) Description: We are a group of astronomers working together, searching the sky above our observatory for new worlds, small solar system bodies, and super-massive black holes in […]

Date: August 24, 2009 Title: The Reemergence of Planetary Science: Revisiting Percival Lowell Podcaster: Holly Larson Capelo from Columbia Astronomy Organization: Columbia University Astronomy http://outreach.astro.columbia.edu Description: At the turn of the 20th Century, Percival Lowell published a series of books promoting the notion that there were advanced civilizations on Mars. His writing was particularly compelling […]

August 8th: A History of Modern Astronomy in Thailand Part 1

May 14th: A Tour of Sydney Observatory

April 5th: Astronomy in Canada Past, Present and Future