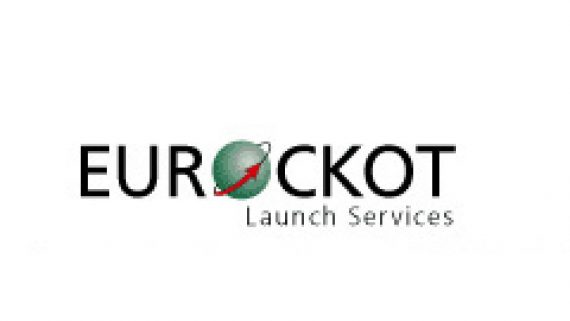 Geo IK-2 is a geodesy satellite that is part of a constellation that are intended to be used to create high precision three-dimensional maps of the Earth’s surface, and to monitor plate tectonics.

Satellite has a mass of around 1,400 kilograms. As far as I can tell, it was supposed to be a constellation of 3 but the first one failed to enter usable orbit. The second one is operational. I’m not sure if additional satellites will be added to the constellation. (SFN article lists THIS payload as being 900 kg / 2,000 lbs., which would correspond to Wiki’s listing for max payload to Sun Sync. Orbit = 1,200 kg. At 950 km up, in a circular orbit inclined to Earth’s rotation by 99.2 degrees, that’s pretty close to SSO. ) Friday’s launch marked the 30th flight of a Rockot/Breeze KM launch vehicle since May 2000. The Russian aerospace contractor Khrunichev oversees the Rockot program. Khrunichev owns a majority share of Eurockot, which is why I’m attributing the launch to them.

The vehicle launched from an area some 800 km / 500 mi north of Moscow following a trajectory which took it over the Arctic Ocean. The two liquid fueled lower stages are parts of a decommissioned Russian ICBM (SS-19 NATO / UR-100N RUS), and USAF tracking indicates the successful deployment of the payload into a nearly circular sun-synchronous orbit roughly 950 km / 590 mi above the Earth.

The Strela is a similar rocket, also based on the SS-19. 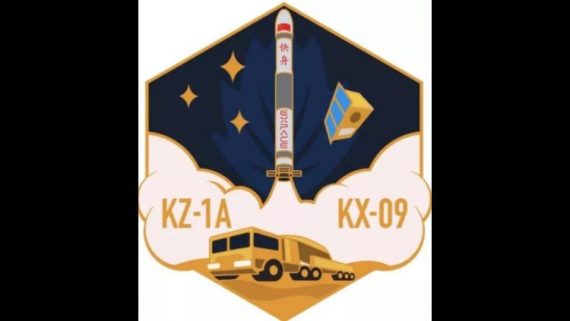 You can see the Transporter – Erector- Launcher (TEL), the rocket, one of the satellites and three stars. I believe the three stars correspond to the three launches of this particular rocket. ExPace’s KZ-1A rocket on the mobile launching platform — this may not be from this particular launch, but it gives you a good idea of what the TEL looks like with the rocket attached. 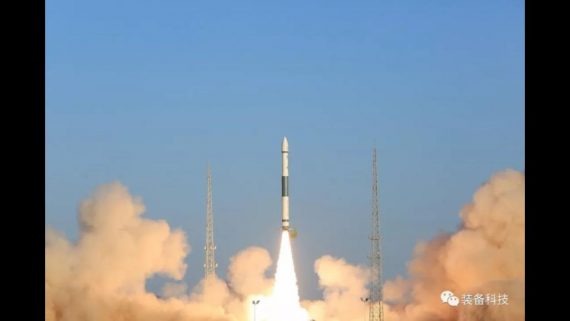 The smaller solid fueled launcher — likely based on Chinese military technology — is capable of carrying 200 kg / 440 lbs to a LEO of 700 km / 435 mi. Tracking data show that the two satellites were deployed into a polar orbit some 600 km / 370 mi up. 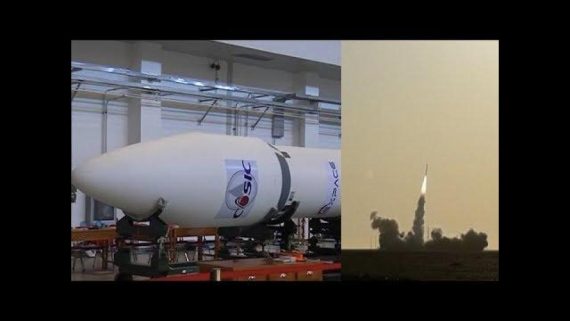 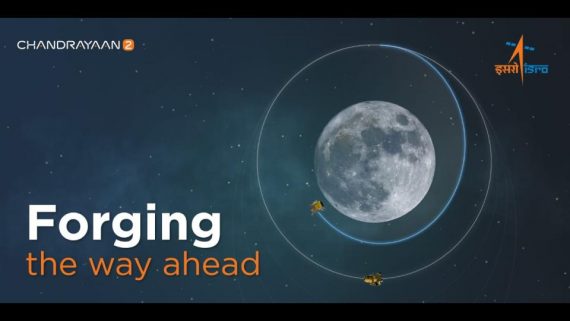 Vikram lander has separated from the orbiter and has performed 2 de-orbiting maneuvers. The lander is scheduled to perform a powered descent between 19:30 and 20:30 UTC on the 6th of September with touchdown occurring between 20:00 and 21:00 UTC. 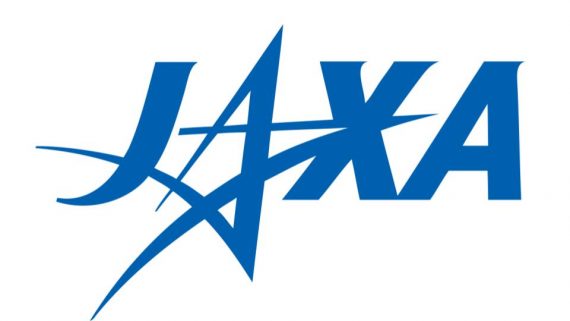 The name Kounotori was chosen for the HTV by JAXA because “a white stork carries an image of conveying an important thing (a baby, happiness, and other joyful things), therefore, it precisely expresses the HTV’s mission to transport essential materials to the ISS.” 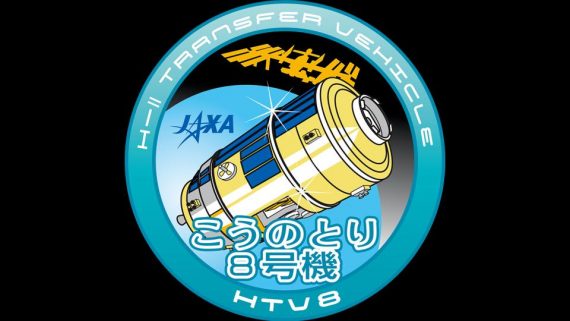 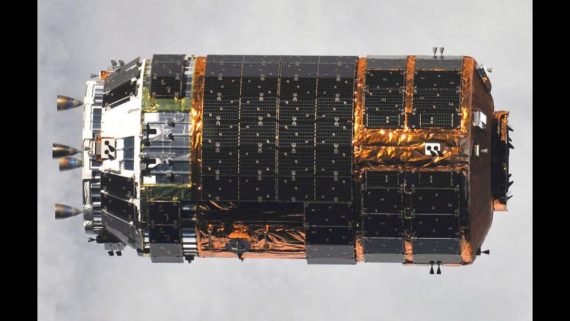 This is a picture of H-II Transfer Vehicle (HTV-1) approaching the ISS in September 2009. 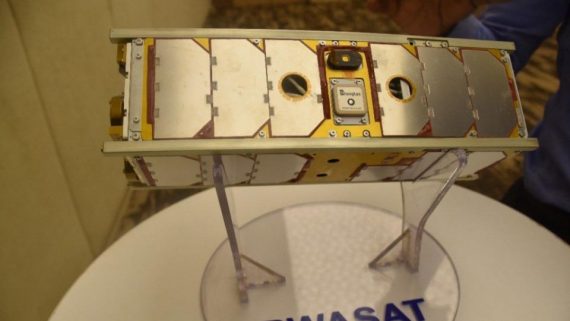 RWASAT-1 — Rwanda’s first satellite! It actually won’t be released for another month or two.

Onboard are two cameras for earth observation (mostly crop status and other agricultural data) and a receiver for data collection from ground-based stations. 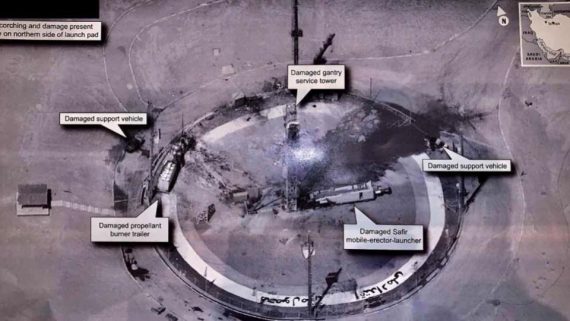 President Trump tweeted an image of Iran’s launch pad. The Internet essentially proved that yes, the image was taken by a classified US satellite (USA 224) and yes, the image tweeted was most likely NOT the original image but an picture of the image. Kudos to the unknown hero who blacked out the classification level.

Dave adds that Scott Manley pointed out during his video on the subject that the details of the imagery don’t actually reveal very much that we didn’t already suspect, & there’s a SpaceflightNow.com article to back this up. The only thing “new” is that imagery of this quality has not previously been officially released, and the details of the image seem to confirm the capabilities long expected of these birds. 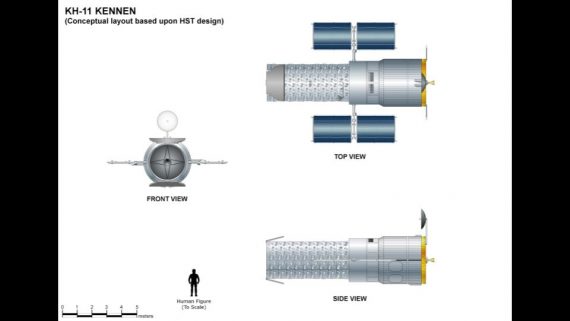 So what is USA-224? It’s a suspected KeyHole-11 (KH-11 for short) type electro-optical surveillance satellite owned by the National Reconnaissance Office. It launched Jan. 20, 2011, aboard a United Launch Alliance Delta 4-Heavy rocket from Vandenberg Air Force Base, California.

KH-11 satellites are believed to carry telescopes with 7.9-foot (2.4-meter) mirrors, the same size as the primary mirror of the Hubble Space Telescope. Essentially, it’s a Hubble that points down at Earth instead of away from the Earth.

Anyway, back to the explosion… 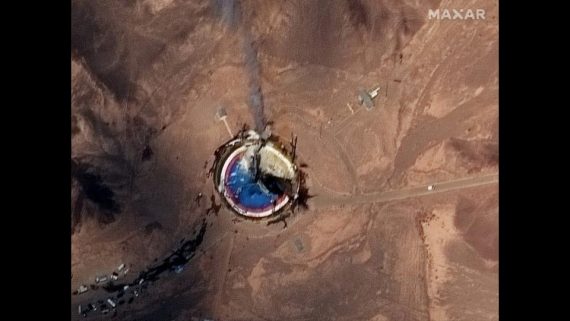 Here’s another image taken by a commercial company, Maxar. It looks like it was taken shortly after the explosion.

So, what went wrong? The prevailing theory is that something went wrong during fueling. Since the rocket never made it off the ground, this doesn’t count as a launch attempt.

Remember: space is hard and Iran is pretty much doing everything on their own. 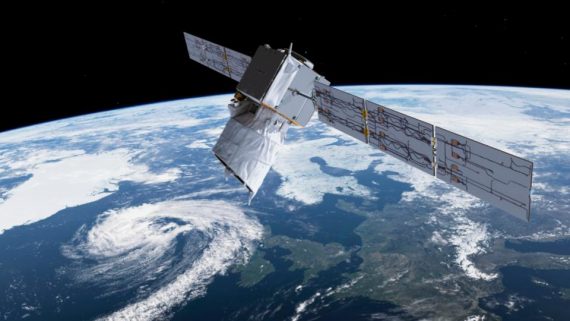 The morning of September 2nd, ESA’s Aeolus Earth observation satellite fired its thrusters to move it off a POSSIBLE collision course with a SpaceX satellite in their Starlink constellation. ODDS were never greater than 1 in 1,000 of an actual collision, but that is 10 x greater than what’s usually allowed before avoidance maneuvers are mandated by industry . Avoiding stuff in space isn’t unusual — but usually that “stuff” is debris or dead satellites that for whatever reason aren’t in a graveyard orbit. But this SpaceX Starlink satellite? IT’S A WORKING SATELLITE.

Initially, the USAF, the agency which tracks orbiting space objects & provides its analysis & data to the public free of charge, listed the odds of collision at greater than 1 in 50,000, a level both ESA & SpaceX were comfortable with, apparently. While Starlink 44 was in the middle of performing the scheduled de-orbit maneuver referenced by those odds, the USAF’s numbers were updated with a new, much higher probability of collision. However, SpaceX says their on-call alert system failed to notify the on duty Starlink operator of the USAF’s updated prediction, as well as ESA’a subsequent email traffic, according to SpaceX’s statement on the incident (next slide). 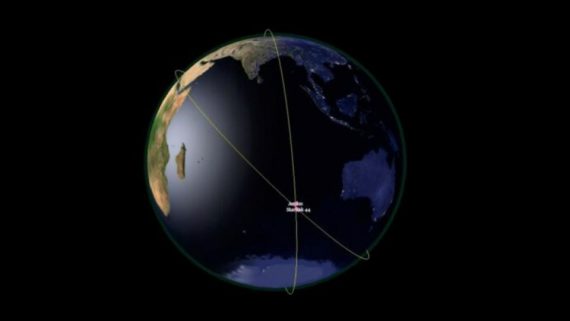 In a statement sent via email on 03SEP19, SpaceX acknowledged that it would have taken more action if it weren’t for a “bug” in its on-call paging system:
“Our Starlink team last exchanged an email with the Aeolus operations team on August 28, when the probability of collision was only in the 2.2e-5 range ( or 1 in 50k) [0.0022 % chance], well below the 1e-4 (or 1 in 10k) [0.01 % chance] industry standard threshold and 75 times lower than the final estimate. At that point, both SpaceX and ESA determined a maneuver was not necessary.
“Then, the U.S. Air Force’s updates showed the probability increased to 1.69e-3 (or more than 1 in 10k) [0.169 % chance] but a bug in our on-call paging system prevented the Starlink operator from seeing the follow-on correspondence on this probability increase – SpaceX is still investigating the issue and will implement corrective actions. However, had the Starlink operator seen the correspondence, we would have coordinated with ESA to determine best approach with their continuing with their maneuver or our performing a maneuver.”
Three thruster burns were made by the Aeolus satellite, a space-ward orbital altitude adjustment of 350 m / <1,150 feet altogether, taking the craft over the projected path of the Starlink 44 spacecraft. Aeolus has been in contact w/the ground, & ESA is reporting “all is well.”
ESA: “No one was at fault here.”
“No one was at fault here, but this example does show the urgent need for proper space traffic management, with clear communication protocols and more automation,” explains Holger Krag, Head of Space Safety at ESA. “This is how air traffic control has worked for many decades, and now space operators need to get together to define automated manoeuvre coordination.”
He also said “This example shows that in the absence of traffic rules and communication protocols, collision avoidance depends entirely on the pragmatism of the operators involved. Today, this negotiation is done through exchanging emails – an archaic process that is no longer viable as increasing numbers of satellites in space mean more space traffic.”