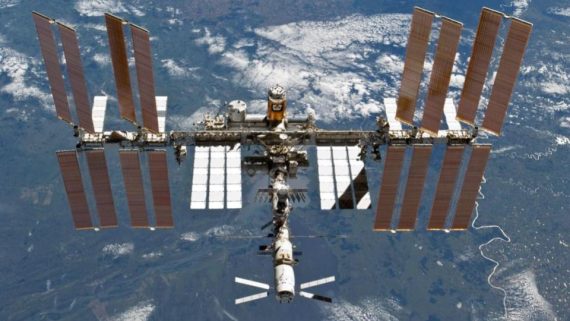 When Pence announced NASA is going back to the moon, a whole of us wondered exactly how that would get paid for… especially when they promised there would be no cuts to science.

Well, now we know – On Friday, NASA went to the NASDAQ stock exchange to say the ISS is open for business.

In a reversal of decades old policies, NASA has announced that it will begin allowing commercial companies to pay to use the ISS, and even astronauts in their marketing, manufacturing, and other money making endeavors. From filming commercials, to doing product placement, the sky is not the limit in NASA’s newest money making plans. They have limited purchasable crew time to 90 hours a year, and will only allow 175 kilograms worth of commercial cargo a year, but you can ship a whole lot of logos and record a whole lot of 2 minute commercials with that time.

Going to the moon isn’t cheap, so NASA isn’t limiting itself to selling astronaut time and cargo space. They are also entering into the business of astro tourism. 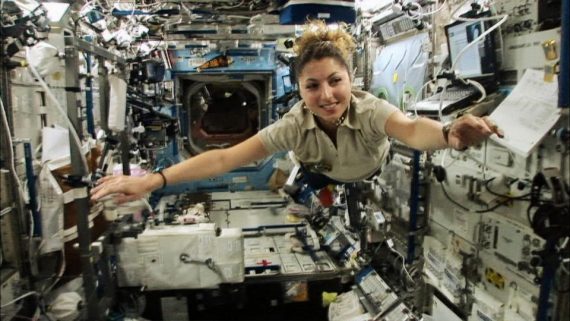 Some of you may remember that back in the day, Russia launched billionaire after billionaire, including XPrize sponsor Anousheh Ansari, up to the ISS on their Soyuz capsules. This was eventually stopped for a variety of reasons, including NASA was deeply concerned about potential risk and fallout if something went wrong with these tourists in space.

Well, when you’re trying to garage sale your way to the moon, everything comes out of the closet and gets a price tag.

On Friday, NASA announced that they will now sell up to two trips a year to the ISS for lucky rich people who can buy a ticket on a commercial launch and pay the roughly $35,000 per night “hotel rate” for a berth in space. Visits can last up to 30 days, meaning that NASA can raise up to $700,000 a year. While that may sound like a lot of money, that is enough money to cover salary and benefits for maybe 3 PhD scientists. Maybe… but probably only 2.

If you ever planned to buy a lamborgini with a lemonade stand in HS, this fundraising plan is for you. For everyone else, I’d like to remind you that NASA is currently set to end it’s lease on the ISS in 2024, and there isn’t budget planned beyond then. This makes the year we’re supposed to on the Moon the same year that we might be moving out of the Space Station. These commercial plans may be a way to transition the US share of ISS to new commercial partners before we have to figure out if UHaul has a rental plan to go for Low Earth Orbit to the Lunar South Pole. 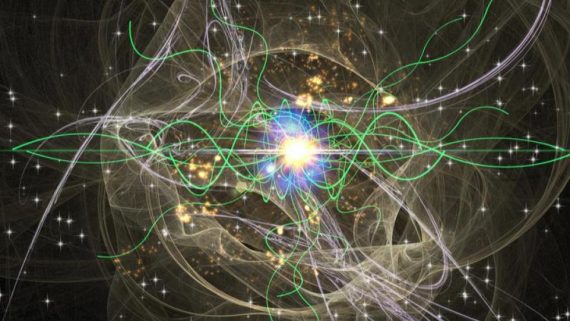 And finally, in a story that has nothing to do with NASA Budgets, experimental physicists at Yale University have shown that Quantum Mechanics isn’t as, well, quantized as we thought.

Using a large, wire and circuitry artificial atom that undergoes energy level transitions in the same way as an actual atom, they were able to measure in detail the process of the system jumping from one energy level to another.

For roughly 100 years, this is a process scientists have described as random and instantaneous. It turns out, if your technology is good enough, you can actually see behaviors in the atom that signal a jump between energy levels is about to happen. With that information in hand, it becomes possible to rapid fire test the status of the system, and determine through repeated experiments that the jump is actually a continuous process. The system’s wave function will start out saying “Hey, I’m in state A” and will end in state B, and in the points of time in between these two end points, the probability that observing the system into one state or another continuously changes, so that it will more often come out State A at the beginning, be 50-50 in the middle, and will have an increasing probability of being observed in state B as the process winds down.

The team at Yale, intriguingly, was also able to catch the system mid transition and reverse the process.

Now, while this all sounds awesome and amazing, we want to point out that this experiment used an artificial atom, not a real atom; the experiment has only been published by 1 team so far, and research, like this, which is published in Nature is often found to be a little ahead of its time, and not entirely correct. We look forward to seeing things confirmed by other teams, and for the technology that allows this work to be replicated in actual atoms.