The National Science Teachers Association (NSTA) has just announced that Dennis Schatz, senior advisor at the Pacific Science Center in Seattle, Washington and field editor for NSTA’s Connected Science Learning, began his one-year term as president-elect of NSTA on June 1, 2018. He will assume the office of president on June 1, 2019. 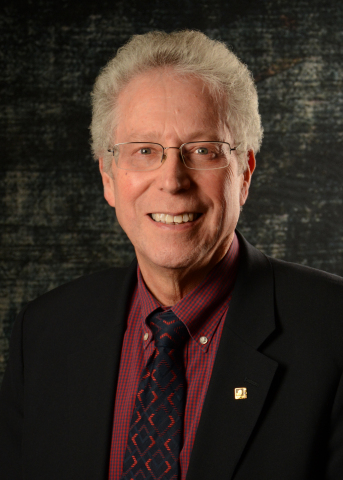 “With a background in science education in both the formal and informal settings and as an association leader, Dennis is uniquely suited for his new role as the new president-elect of NSTA,” said NSTA Executive Director Dr. David Evans. “His insights will help the Association to amplify educator voices to improve science teaching and learning across the country.”

A research solar astronomer by training, Schatz began his career working as an Associate Director of Astronomy and Physics Education plus Assistant Director, Science Activities for the Visually Impaired (SAVI) at the Lawrence Hall of Science at the University of California, Berkeley. In 1977 Schatz moved to Seattle and accepted a position with the Pacific Science Center. At the Pacific Science Center, Schatz—where he has been for more than four decades—has held a broad range of positions, including Director of the Regional Astronomy Education Laboratory and Vice President for Education.

An NSTA member since 1973, Schatz has contributed extensively to the Association. He was elected to the NSTA board as Director of Informal Science (2015-2018). He also served as the program chair for the 2004 and 1994 area conferences, the conference chair for the 1998 area conference, and worked on several committees. Schatz is also an NSTA Press author and has written several journal articles for the Association.

In addition to his work with NSTA, Schatz is extremely active with other state and national organizations and science initiatives. He was a board member (1997-2008) and the President (2005-2007) of the Astronomical Society of the Pacific (parent organization of CosmoQuest), was a charter board member (1980-83) and President (1982-83) of the Association of Astronomy Educators, and served as a board member for the Washington Science Teachers Association (2006-2011). Schatz currently serves as a member of the board for the Biological Sciences Curriculum Study (BSCS) and is a board member for the Smithsonian Science Education Center. He also was an AAAS Fellow (2012), was a member of the National Academies Teacher Advisory Council (TAC), was a member of the National Research Council’s Earth/Space framework design team, was a field reviewer of the Next Generation Science Standards, and is the author of 25 science books for children.

Throughout his career, Schatz has been honored extensively for his contributions to science and science education. In 2017, Schatz had Asteroid 25232 renamed Asteroid Schatz by the International Astronomical Union (IAU) in recognition for his leadership in astronomy and science education. His other accomplishments include receiving NSTA’s Faraday Science Communicator Award in 2009 and NSTA’s Distinguished Informal Science Educator Award in 2005.