In this post we will be investigating a crater mapping mystery. For a little background (and a bit of a hint) let’s call back to another post in this series, when we were talking about how to tell a crater from a hill – here’s the image: 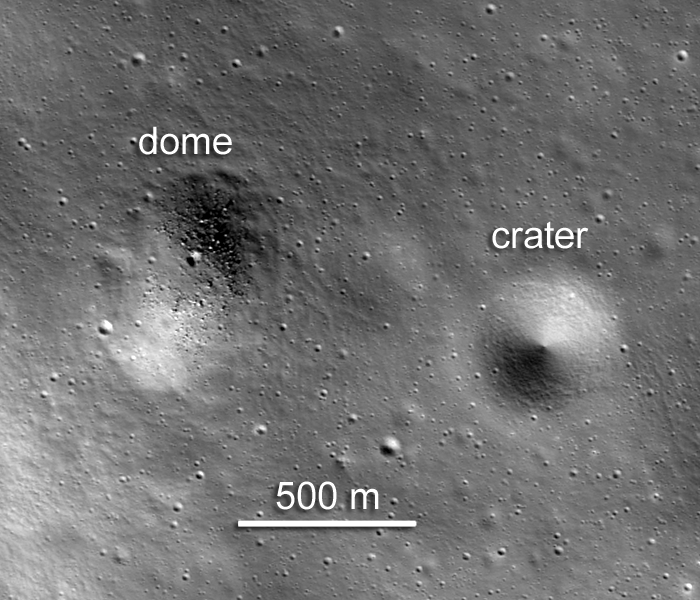 Dome or Crater. In this case, we can see both types of features, and we can note that the shadows on them are reversed. This can help us tell the difference between domes/hills and impact craters, IF the illumination is coming from the same direction all across the image. Credit: NASA/LROC

In this image, we can see that we have two different features, a crater and a dome. We might be confused about which is which at first, but we know we have one of each. When we are told the light is coming from the lower left, we know that the feature on the left is a dome/hill and the feature on the right is a crater. But we are making a very important assumption. We are assuming that, as with our usual daily experience, light all across the image is coming from only one direction.

Our mystery image is below. Look at this image of the Moon. Now that you’ve looked at many lunar surface images doing mapping for CosmoQuest, you probably feel like I do – something just isn’t right, here. 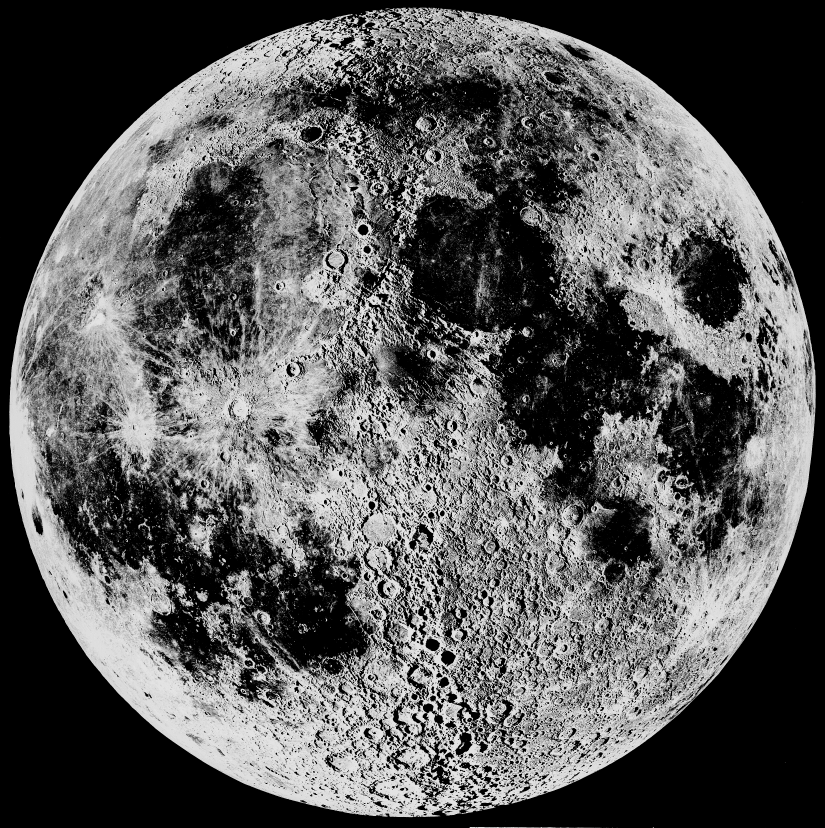 An Image of the full moon. Image Credit: UC Regents/Lick Observatory, Educational Use.

Take a look at the image from north pole to south, the mountains and craters along this line stand out very well, but the east and west of the image are different. Given what we know about incidence angle, we can guess that the center of the image was taken at high angle, and the sides at low angle. But how?

Mystery solved! Whenever you are viewing space imagery, keep your eyes and mind open. Think about what the shadows mean, the colors, and consider the scale of the image. Since space imagery shows us things out of our ordinary experience, we need to be adaptable and ready for the unexpected.

See all posts by jagrier