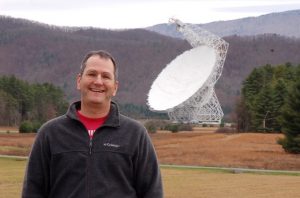 One of the powerful aspects of citizen science is how it brings people together. Folks from all walks of life contribute their time and skill, and this allows us to explore scientific questions we couldn’t otherwise pursue. While traditional science is often portrayed as being rather different, it’s actually quite similar. Hundreds, sometimes thousands of people pool their skills and talent to achieve a scientific goal. As with citizen science, most of the team aren’t scientists. They are machinists, chefs and accountants. They work in security, management and IT. This is particularly true of large facilities such as ALMA, LIGO and CERN. Most of the people at these facilities work in the background, keeping things up and running. They are a necessary part of science, but we don’t talk about them much.

Part of communicating science is not just how you tell the story but also what stories you choose to tell. For a while I’ve been working on a way to best tell these background stories. The ones about the technicians who saved a million dollar camera, or the staff who ensure that everyone is safe and fed, or the machinists who build and maintain these facilities. People who play a vital role in science, but are never crowed about in science headlines. 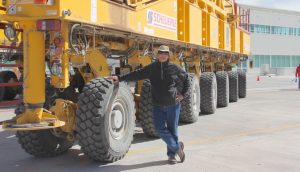 For about a year I’ve been working with journalist Mark Gillespie, and Canadian producers Steven Mitchell and Al Magee to develop a new kind of science show. One that will tell the stories behind the science headlines. Steven and Al have decades of experience in television storytelling, and have won several awards for their outstanding work. They also share my desire to present science honestly and without hype. Mark has worked in some of the most remote areas of the world, and knows how bring out stories that are meaningful and powerful.

We’ve already developed relations with many big science facilities, and we know several stories we want to tell. But in order for the project to succeed we need to film a “sizzle reel” demonstrating the show to the networks. It will be filmed on location at Green Bank Observatory. But it’s going to take some funding, so we’ve launched a Kickstarter campaign. You can find the project at https://www.kickstarter.com/projects/64470060/big-science.

Science is not just about breakthrough discoveries. It’s about people coming together to do extraordinary things.