(This is a guest post from Dr. Patrick Durrell, director of the Ward Beecher Planetarium at Youngstown State University, one our Cosmoquest partners.)

This past week saw the entire staff of YSU’s Ward Beecher Planetarium participate in the meeting of the Great Lakes Planetarium Association, hosted by the Longway Planetarium in Flint, MI. This annual meeting is a gathering of over 100 people from planetariums and vendors from not only the entire Great Lakes region, but from many places throughout the US. The meeting is a great way for people to discuss ideas, plans, and updates to new initiatives to bring astronomy to the public through planetariums and museum settings. While time is spent on the latest planetarium technology (indeed, we spent considerable time scouting new fulldome projector systems), the important part is hearing from the people that are in the planetariums. No amount of new technology can mask the importance of a live presentation on the latest astronomical discoveries from an enthusiastic person at a museum or planetarium. As part of CosmoQuest, we are committed to providing new content that can be displayed in planetariums and Science on the Sphere® installations — content that can be presented live to people around the world. 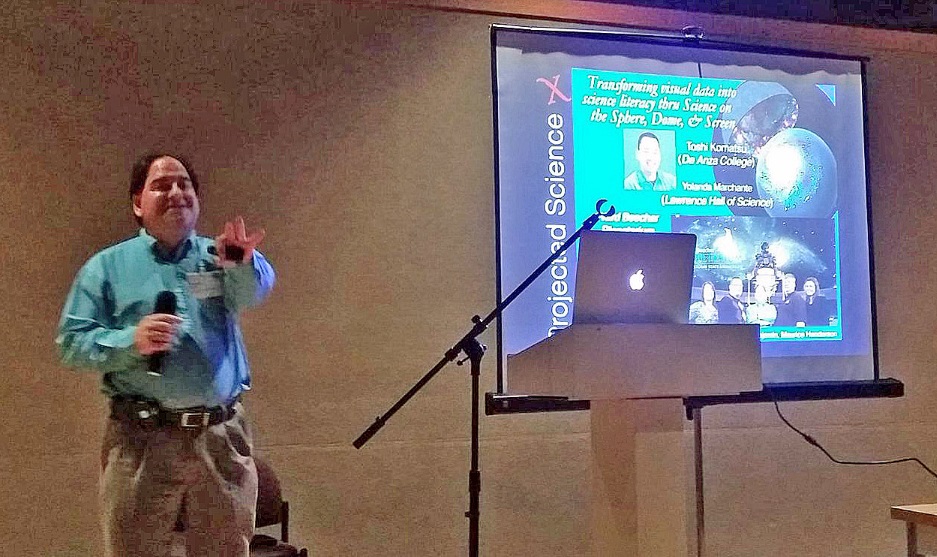 Two of our members presented talks at the GLPA 2016 meeting. Patrick Durrell presented the talk “CosmoQuest and You: Free Fulldome Materials for Planetariums” – showcasing the goals of the Projected Science team to create new images and video for planetariums with fulldome video projection systems. There was considerable interest in this project, especially from people with smaller planetariums which may not have the funding to purchase many fulldome programs. Dr. Durrell was also a panel member for the GLPA Workshop “NSF Broader Impact Funds, Faculty Career Grants, and Related Funding Opportunities”, a panel discussion on how to get planetarium people involved in funded research projects, many of which now include an E/PO component. 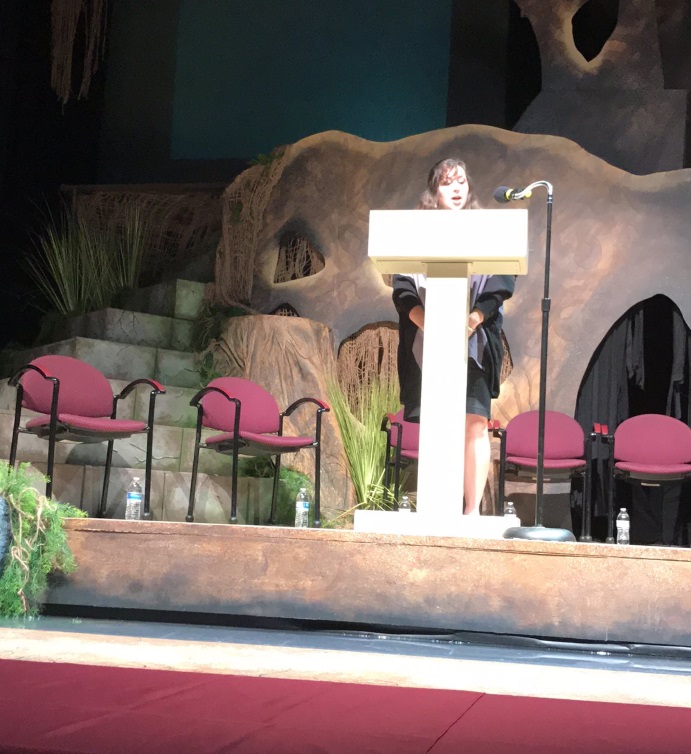 Alexa Alpern (the recently-hired Digital Content Designer for the CQ Projected Science group) gave a very well received presentation on a new initiative of hers, “My Personal Space Guide” – a planned project to get children into astronomy through the use of an easy to use, fully customizable online interface. Part of her presentation can be found at https://www.youtube.com/watch?v=9FyuNE8d_yU and below.

An important part of the meeting was a chance for the Planetarium team to meet with Susan Button (one of our trusted CQ advisors), and to update her on the status of the project, including the acquisition of new workstations and renderfarms, and plans for timeline development of new 4-5 minute trailers that will showcase CosmoQuest Citizen Science Projects. The goal is to keep Susan updated much more often as fulldome video production commences at YSU. The first project is to develop a fulldome trailer on CosmoQuest itself, using Alexa’s considerable video production and animation skills. This work is now underway. Stay tuned for more of our productions!