A Mountain on Ceres

← (not) Live from the Moonrise! Amateur Observing, Building Telescopes, and Preparing for Juno → 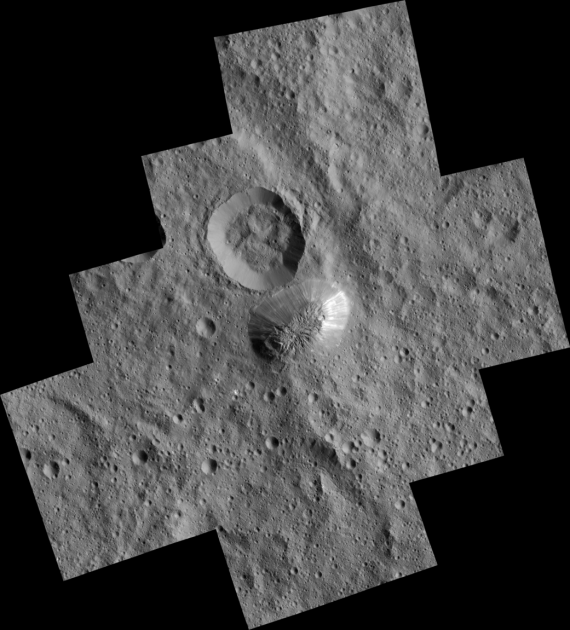 “No one expected a mountain on Ceres, especially one like Ahuna Mons,” said Chris Russell, Dawn’s principal investigator at the University of California, Los Angeles. These words are a sign of just how surprising the images that NASA’s Dawn probe have returned have been, since entering into orbit around Ceres on March 6, 2015.

The mountain, named Ahuna Mons by the Dawn team, was one of the first distinctive features found, and is still one of the most confounding. This mountain appeared as a small, bright-sided bump on the surface as early as February 2015 from a distance of 29,000 miles (46,000 kilometers). The dome-shaped mountain so far has defied the scientists’ attempts to develop a logical development model.

Thankfully, there is still much information to be gleaned from the Dawn probe, as it continues it’s mission circling Ceres. Learn more about the Dawn Mission here: http://dawn.jpl.nasa.gov/mission/
and here : http://www.nasa.gov/dawn 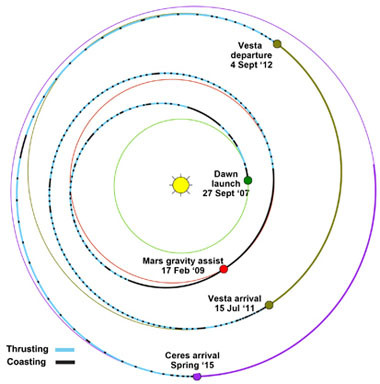