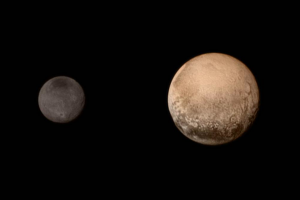 We are in the race up to New Horizons fly past Pluto and Charon, and things are starting to fly fast and furious.

The biggest thing we’re noticing is the words are changing from, “The best so far, with better to come,” to “The best we’ll get from New Horizons” as parts of Pluto and Charon rotate out of view and beyond New Horizon’s ability to image again.

This blog post is going to try and aggregate some of the best content that is coming out with these images.

The next 24 hours are the big ones. As near as I can tell, Twitter is the place to get the most up to the second information. Key people to follow include:

This page will be regularly updated throughout the next 48 hours.

All times are Eastern. Check your local station guide or click to their online site.

Stop biting your nails and keep your hands busy with this “Build your own New Horizons” paper model (and you can get an adorbz Pluto in this Paper Solar System pack).  NEW: Alice’s Astro Info has posted Pluto Paper Globes with latest imagery.

Prefer digital downloads to paper and glue? 3D print your own New Horizons with this .stl file

(We’d love to see your results! Tweet us on @CosmoQuestX) 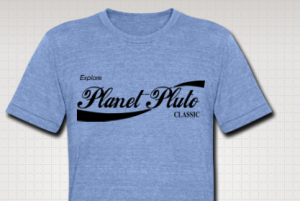 I came, I saw, I got the shirt

Support CosmoQuest by getting this shirt. (Ok, yes, we admit to trying to make a buck for science off the flyby. We’re not proud. We just want to science. Please buy a shirt? You know you want a shirt, don’t you?) 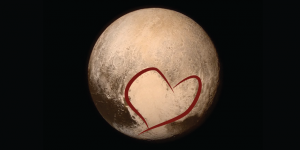