Welcome to another round of the Carnival of Space! This is week 379, so settle in for a round-up of this week’s space science and astronomy news. 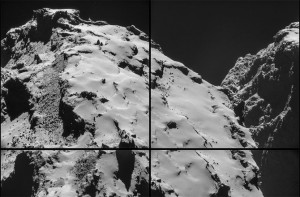 We are of course, all anxiously awaiting the landing of Philae from the Rosetta spacecraft this coming Wednesday. In preparation, on Friday (Oct. 31), the European Rosetta mission carried out its second and final ‘deterministic’ maneuver that put the satellite into its planned lander delivery orbit. The mission will see separation of the Philae lander on Nov. 12, as reported by Ian O’Neill at Discovery News: Space. Check it out for a video of a rather complex orbital maneuver needed for the landing to be successful. In addition check out the Lunar and Planetary Information Bulletin where the lead story is “The Year of the Comets” (pdf) with more Rosetta goodness and a look at Comet Siding Spring’s pass by Mars. We’ll be celebrating a (hopefully) successful landing here on the Learning Space Hangout on November 12. 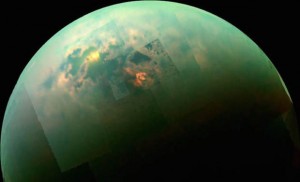 Elsewhere in the Solar System, Titan’s seas and lakes sparkle in the sunlight in recent Cassini images as described by Paul Scott Anderson at the Meridiani Journal. Titan is the only body (besides Earth) that we know of with seas and lakes on its surface, so these infrared views are rather unique. A bit further out, astronomers ask, Where Have All the Pulsars Gone? The Mystery at the Center of Our Galaxy is explored by Matt Williams on Universe Today, and the hypothesis involves a rather interesting mix of pulsars, dark matter, and black holes in the central regions of our Galaxy.

Back on earth, you should Watch Universe Today’s Fraser Cain School the Cast of ‘Interstellar’ on Black Holes. Am I jealous? Just a little. In other educational news, The Here, There and Everywhere exhibition was on display at The New Children’s Museum in West Hartford CT. This exhibit shows how similar scientific principles and physical processes occur here on Earth, out in the Solar System, and everywhere in the Universe with stunning visuals. Here on CosmoQuest, we talk about a group of citizen Scientists mapping dust in the atmosphere above the Netherlands.

We have a few entires from Brian Wang at Next Big Future, one where SpaceX is in the final phase of certification as a launcher for air force missions. Also, after the recent launch explosion, Orbital Sciences might turn to SpaceX or one of two other launch competitors to help fulfill launches for its NASA contract.

As Sunday, November 9th would have been Carl Sagan’s 80th birthday, enjoy this tribute by Zain Husain at BrownSpaceman, “Wishing Carl Sagan a happy 80th birthday and remembering him on the impact he left on myself as well as his achievements to further science and astronomy.”

Since this story just broke Thursday I’ll just drop this gorgeous image from the Atacama Large Millimeter/Submillimeter Array (ALMA) here. I talked about it on the Weekly Space Hangout at 12pm PST/8pm UT November 7th! 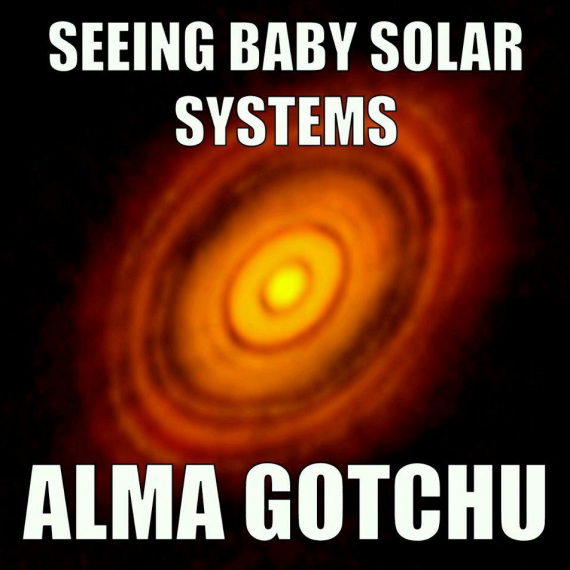 The Carnival of Space is a traveling list of the week’s best astronomy blog posts as submitted by bloggers from around the world. Find out more about the Carnival of Space at Universe Today. If you haven’t already, be sure to check out last week’s Carnival as well, #378 hosted by The Universe.