This week, we’re doing a teacher professional development workshop with 20 Illinois teachers and covering In-Vesta-Gate, our unit on small bodies in the Solar System. In preparation, I’ve been refreshing my knowledge of Vesta, asteroids, and all the lovely tiny bits that make our Solar System such an interesting place to live. First off, I got a bit distracted just looking at all the lovely images of Vesta that have been viewed and marked so far by our citizen scientists. As explained in a previous post, the Image Galleries let you explore the images marked by you and others in the Mappers projects, even letting you overlay the crater marks from your work, others, and the average. So I spent some time browsing the Vesta image galleries finding just the right images to show that Vesta really is, as we often say, “the world that Doctor Seuss built.” It has strange topography and shadowing from its irregular shape, and it is a very different beast from either the Moon or Mercury. 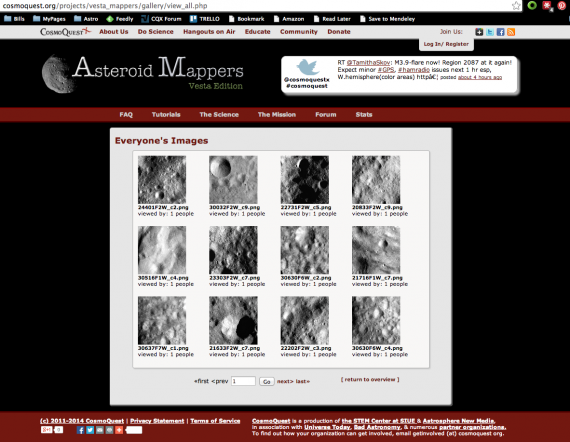 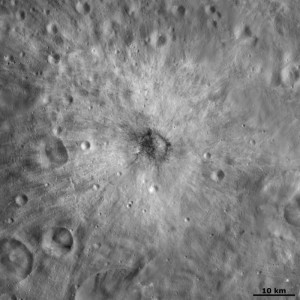 We expected that Vesta would be covered in craters, but the sheer diversity is pretty impressive. The shapes of the craters are quite a bit different from the Moon or Mercury, both of which are larger bodies with stronger gravity to act on deforming the crater shapes. Many of the craters are very simple in shape, having just a bowl with no central peak or rays, but more recent craters are found with bright ejecta rays as well as dark-colored features as well. The dark color may come from the impactors themselves,or it may be more ancient material on Vesta. All of these are features we ask you to mark with the “Mark Features” tool (looks like a Google Map icon!) along with the crater circles that you are drawing. All of these little features are pretty important to put together the geologic history of Vesta. Vesta does have a very thick layer of regolith, or “dust” essentially, that covers the surface that can cause landslides in larger crater walls or fall into grooves to make features that look very much like crater chains. These were not necessarily expected before Dawn approached Vesta. 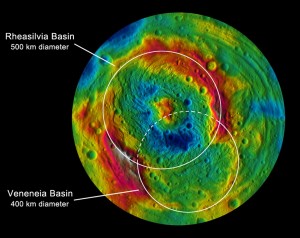 The ridges and grooves on Vesta’s surface were also not expected as a sign of tectonic activity on Vesta. Vesta survived a HUGE smash at some point in its history that created the large crater Rheasilvia on the southern side and caused these ripples throughout the entire body. That impact is probably also the source of a class of meteorites found on Earth that appear to be from Vesta itself! So, not only have we gotten these great, up-close images of Vesta, but we have pieces of it to study on Earth from that impact event. Rheasilvia is joined by another large impact crater, Veneneia. Even though Dawn is now on its way to Ceres, there is still a lot of work to be done studying Vesta, and there are surely scientific discoveries to come. Join AsteroidMappers: Vesta Edition to explore Vesta for yourself, and help us to map this incredible and unique world. If you’re a teacher, check out the InVestaGate unit as well, with ties to the Next Generation Science Standards and Project 2061 Benchmarks. Finally, if you want to learn more about the science of Vesta, Dawn, and Ceres, check out the Dawn JPL webpage and our series of Hangouts with scientists working with asteroid data every day!