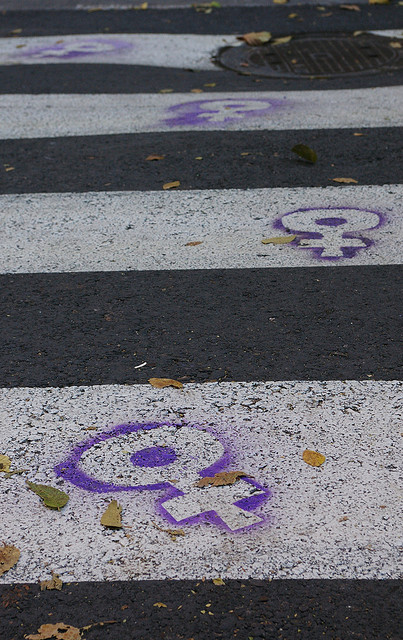 A little while ago, I got an interesting message from Pamela about one of our programmers…

Joe *just learned* astronomy doesn’t have a lot of women

To which my response was…

well he DOES have a biased sample

And considering that he works closely with Pamela and me and that several of our collaborators are also women… yeah I can see why the dearth of female astronomers is a surprise to him.

But to be honest, I lived in a bit of a bubble as well, going to al all-girls’s high school with a strong science program, a small college where the physics majors were roughly split by gender, and a grad school cohort of some pretty amazing women. However, at some point in grad school, it was clear to me that there were still low numbers of women in faculty positions, leadership positions, and within certain small pockets, including my research group.

The results of the most recent demographics survey by the American Astronomical Society’s Committee on the Status of Women in Astronomy gives you a pretty good overview (pdf). And it is not as if there hasn’t been time for women to “work their way up the ranks.” The percentages of senior women don’t appear to be getting significantly better since the early 90s.

So how does this affect working women astronomers? I asked a few, and here’s what they said.

Like Nicole, I had plenty of female classmates while studying astronomy, and my family, teachers, and classmates always welcomed into the world of science.
All of my role models in science were men, though, which might explain my frustrating discovery when I took the Implicit Association Test (http://implicit.harvard.edu/implicit/) for gender and science. It revealed that I strongly and unconsciously associate men with science, and women with liberal arts.
How could this be?! I’m a scientist and an educator striving to inspire everyone – particularly women and girls – to get more involved with science!  I didn’t want any bias. But when I reflected on it, I realized that I did tend to use the “he” pronoun when talking about a hypothetical astronomer, and when I name a scientist, it is often men who come to mind.
A year later, I took the test again, with the same result. It takes years of reconditioning to overcome unconscious biases. But now that I know about it, I take conscious effort to avoid passing my bias on to others, by using gender-neutral language and by tackling my assumptions.
– Dr. Genevieve deMessieres

Dr. Kelsey Johnson at the University of Virginia was immediately reminded of something that happened when we were doing Dark Skies, Bright Kids, an outreach group of astronomy grad students (mostly) visiting elementary school classes and doing hands-on astronomy activities. We saw the same students every week for a semester; and at least half (but usually more) of the volunteers on any given week were female. When one little boy was asked to draw a scientist after interacting with us,

he was debating whether to draw a man or a woman, and said “well, I guess I should draw a women since most scientists are women.”

Like our programmer, Joe, this little guy had a bit of a biased sample.

Outside the community itself, the general public can’t name a living, working woman scientist. For those of you that actively seek astronomy content, you probably don’t have this problem. But a poll in the UK recently reported that when asked this question, 12% of respondents actually answered with a male, and 68% named Marie Curie who, though she was a woman, has been dead for over 80 years.

Even recently, Dr. Raychelle Burks made her way to an SNL punchline after doing a video on the chemistry of a “death cologne” that could help you during the zombie apocalypse. The joke itself was quite funny; the fact that she was called a male and a grad student and her female advisor also a male… was not.

I recently wrote about the dearth of women citizen scientists, at least as far as many astronomy projects are concerned. I still think it is important to target women who are or who might be interested in science, not just young girls, but at any age. That’s one of the reasons I LOVE doing outreach at GeekGirlCon, for example.

At the end of the day, I think it is important to listen to the stories of women in science. Some of us flew by without noticing bias, while others struggled against harsh biases and even discrimination, and many more fell somewhere on a spectrum in between. But I think we need to hear the stories and add them to the demographics data if we’re ever truly going to understand what motivates women in science and encourage yet more to join us.