Using Astronaut Photos of Urban Development as an Instructional Tool

This is a guest post from Andrea Meado, Image Data Scientist, and part of our Johnson Space Center (JSC) Image Detective Science Team 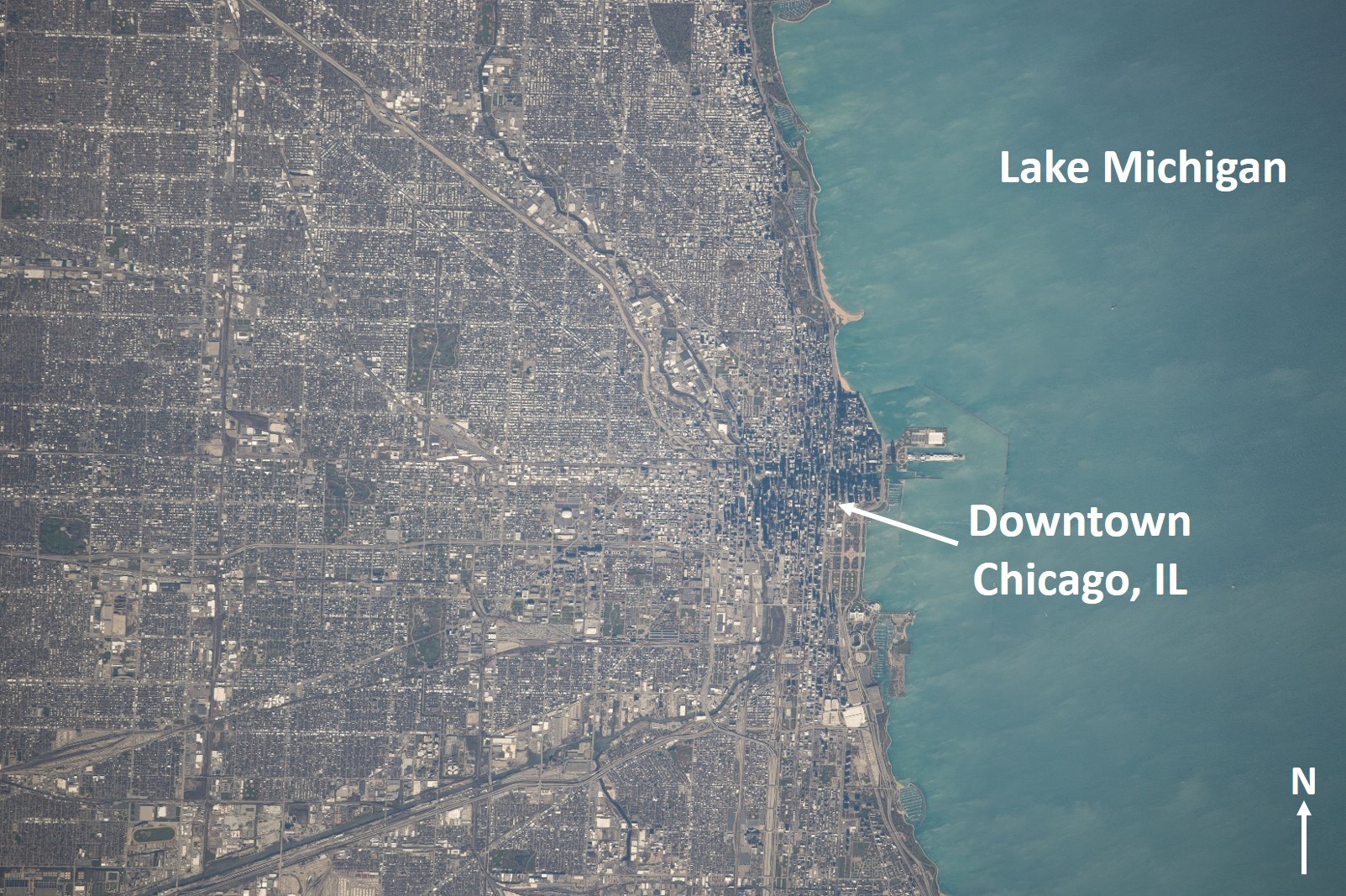 Local geography and environmental resources are important factors when considering reasons for urban establishment and growth. Geographic and geologic features such as mountains, plains, and bodies of water can determine the layout of metropolitan areas. Astronaut photos of cities provide a unique view from space to visualize the relationship between urban development and the land. The astronaut photo above shows the greater metropolitan area of Chicago. There is no obvious topographic relief in this photo, however Chicago is adjacent to an important water resource in Lake Michigan. Educators can challenge students to predict what natural factors influence urban planning, and think about what factors led to the establishment of the City of Chicago in this area.

The astronaut photo below is of London, UK as it appears from space at night. The Thames River is distinguished by lights running along it contrasting with the dark river surface itself. Night photos like this one reveal brightly lit urban centers, less brightly lit suburbs, and surrounding dark rural areas. The stark contrast between illuminated roads and surrounding dark areas helps students identify highways, gridded city blocks, and undeveloped land. Astronaut photos of cities over time can reveal urban growth, which is easily visualized through night photos. 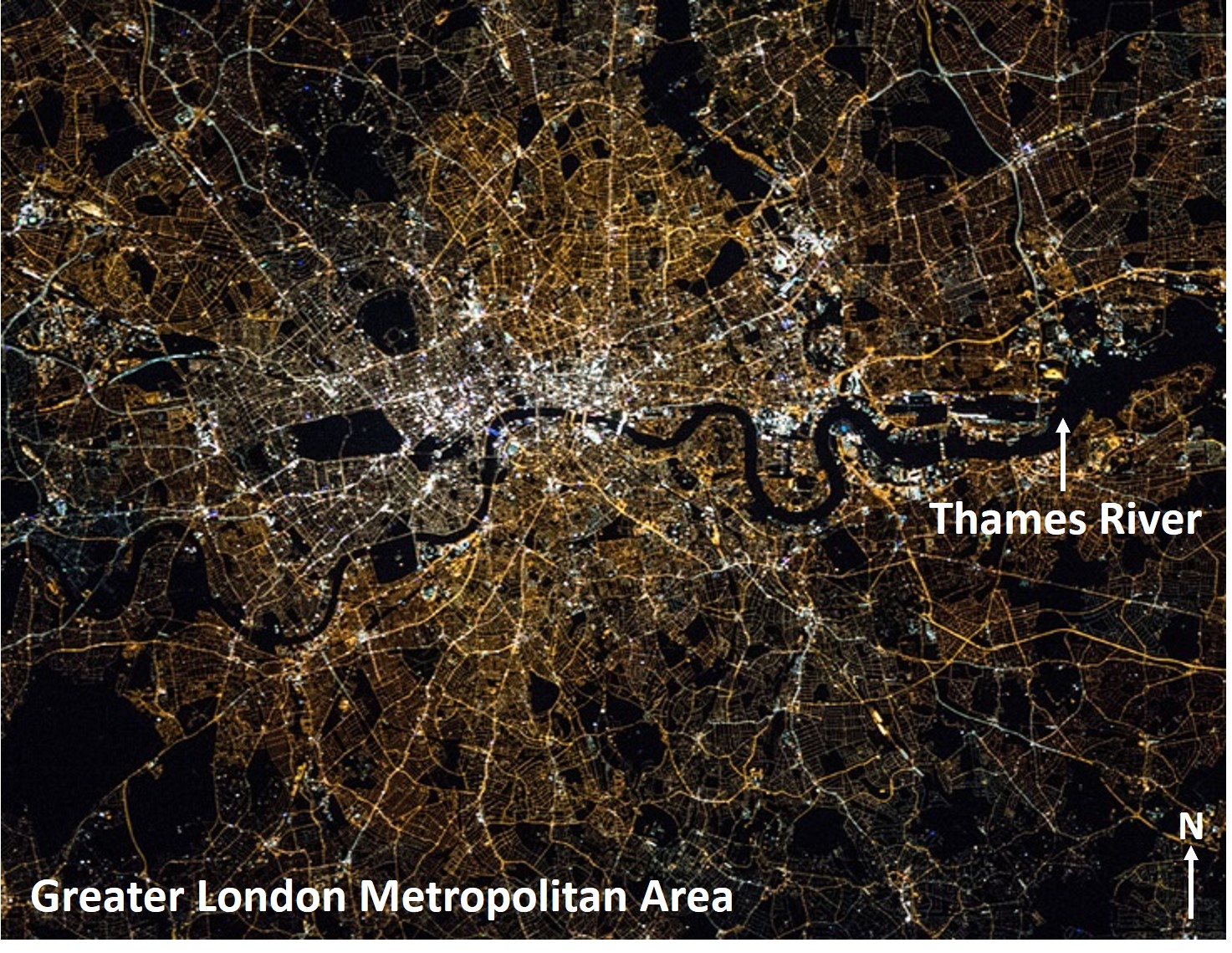 With CosmoQuest’s Image Detective 2.0 tool, Citizen Scientists around the world have the opportunity to enhance NASA’s Astronaut Photography of Earth database by identifying the center point location of astronaut photos. With center point locations, educators can quickly search and download the scientific data they need!

Go to CosmoQuest’s Image Detective 2.0 to identify the center point of astronaut photographs such as the images above, and advance scientific research by adding to NASA’s Astronaut Photography of Earth database!